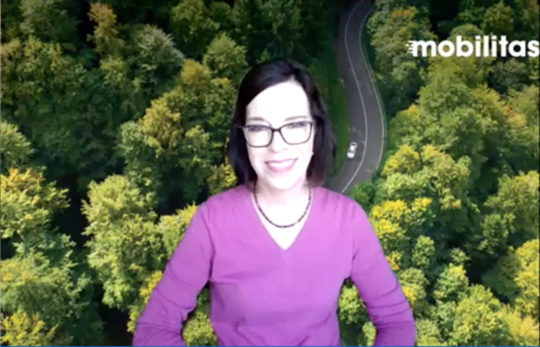 Earlier this fall, Mobilitas Insurance a Glendale, Ariz.-based wholly owned subsidiary of CSAA Insurance Group (Walnut Creek, Calif.) announced that it had been selected by Lyft to expand its ride-sharing commercial insurance offering to seven more states. A year earlier, Mobilitas had announced an 11-state blanket transfer partnership with Lyft which marked not only Mobilitas’ first major transaction, but also personal lines insurer CSAA’s entry into the world of commercial lines.

CSAA’s first commercial product was created in the company’s innovation lab, while the carrier was exploring vehicle subscription services, according to Julie Brown, Executive Vice President, Commercial Insurance, CSAA and General Manager of Mobilitas. “It went to market in one state, but as Mobilitas spun off and became its own company, we saw our first opportunity in the rideshare space,” Brown says. “So, we pivoted, created technology and a product to serve that.” 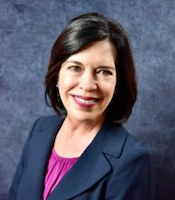 In the year since the Lyft partnership was formed, Mobilitas has matured from a startup to an early-stage concern as a commercial insurer focused on the mobility economy. The company’s differentiation emanates from the space it has chosen to compete in. From a technology standpoint, Mobilitas started with a “clean slate,” according to Brown, meaning with the most current technology and without any legacy system baggage. The company operates on both an admitted and a surplus lines basis.

Commercial Insurance for the Mobile Economy

“We are a unique commercial insurance offering focused on the sharing/gig/mobility economy—that is our target market,” Brown clarifies.

Having started with rideshare, Mobilitas is moving to a “Last Mile” product which addresses risks associated with the last stage in deliveries by small private contractors—as opposed to the long-haul segment of transportation risk, for example, when a company such as Amazon is moving purchased goods from their origin to a hub warehouse.

Other potential product areas for Mobilitas include risks associated with electric vehicles, autonomous vehicles and also vehicle subscription—the risk for which CSAA’s innovation lab created the minimum viable product that led to the creation of Mobilitas.

Mobilitas’ expanded relationship with Lyft to a total of 18 states is a validation of the company’s mission, following what was in some ways a difficult beginning from the origins of the Mobilitas initiative 2018. The pandemic was an unwelcome development for a busines model focused on a mileage-driven product. But as people drove much less their demand for delivery skyrocketed, leading to Mobilitas’ interest in Last Mile risk, and other delivery-related exposures.“Think about DoorDash, Grubhub, Instacart—that’s a part of the market we look to address,” Brown says.

“During the pandemic, of course, fewer miles were driven by Lyft drivers, which meant less premium to charge, but that’s returning significantly,” Brown says. “I would say things are going splendidly, otherwise we wouldn’t have earned the additional seven states.”

Brown attributes the continued relationship with Lyft in the face of the challenges of the pandemic to what she calls a unique, close partnership. The two companies interact regularly across various parallel functions, including actuarial, claims handling and underwriting. “Our teams in those same areas of expertise partner together nearly every week, looking at the claims activity, the frequency of accidents, how big they are, and work accordingly together,” Brown relates. “We also partner with Lyft on introducing additional safety enhancements.”

Mobilitas continues to take an open-minded approach to product innovation, as Insurance Innovation Reporter noted last October in our initial coverage on the Lyft partnership. Brown says that the company is in the middle of filing for a cargo product. “This will provide protection from damage for packages during that last mile,” she explains. “We’ll then be moving to general liability and probably an excess product as well. As you know, the farther you go out in your plans, the more subject they are to change, especially in this market space.”

That kind of adaptation is key to CSAAs broader strategy, of which Mobilitas is a major expression. “Launching commercial lines is a diversity play for us,” Brown declares. “It gives us more addressable market to work with, providing CSAA with a very long-term set of circumstances and product offerings to remain highly viable in the marketplace.”

In preparation to seize emerging opportunities, CSAA has brought in seasoned commercial insurance talent—including the company’s CEO Tom Troy; Todd Pugh, VP of Commercial IT Applications for Mobilitas; and Brown herself, who has held leadership roles at companies such as Liberty Mutual and Safeco. 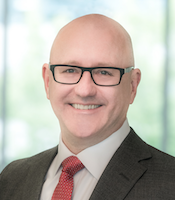 Mobilitas has faced the same kinds of challenges as any other startup in becoming a viable concern, and in that regard, the company has been fortunate to have the capital backing of an entity such as CSAA, Brown notes. She says that the other great challenge Mobilitas faces is simply prioritizing a wealth of different opportunities to pursue. “That’s personally the biggest challenge—and a fun and engaging one for both me and also for the organization,” she says. “It’s a matter of which opportunities we go after first, how do we pivot quickly as things change.”

The thinking behind Mobilitas, Brown stresses, is not to take the existing products of the last 20 years and try to shoehorn that into a solution for mobility businesses but rather to be flexible in adapting to the needs of a very rapidly changing space. “As an example, as the evolution of autonomous vehicles plays out it shifts: every month there’s another prediction,” she says. “So, our ability to be flexible and agile in response to these kinds of developments is what makes us different.”

“CSAA has been around for over 100 years, already,” Brown adds. “Not many companies make it that long—regardless of the industry they’re in—and we think this is a great beginning for the next 100 years.”