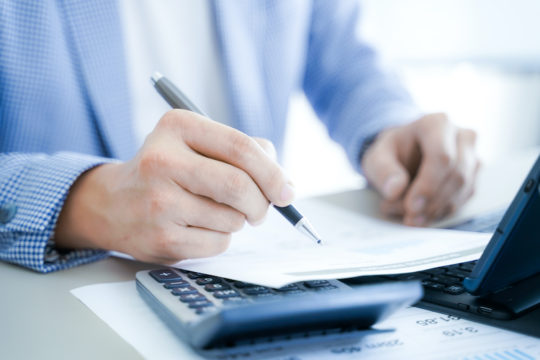 Automated risk analysis and other digital insurance quote technologies have come a long way over the past decade, giving consumers an ever-expanding array of service options tailored toward their increasingly busy lives. But technology and automation don’t amount to a silver bullet or an industry-wide panacea. In the rush to adopt InsurTech solutions, one particular consumer subset has been widely neglected: the mass affluent. But who are the mass affluent, exactly, and why are they being lost in the shuffle?

Fintech and the Mass Affluent: Reading the Landscape

Like so many corporate subsets, the insurance industry has changed radically over the last two years. While we’ve seen digitally-based, self-service options become an industry staple over the last ten years, it is safe to say that widespread social distancing measures have spurred an increased focus on more robust self-service options. If one were to try and read the current lay of the land, especially at the intersection of InsurTech solutions and individual insurance agencies, you’d see that technology adoption has skyrocketed. According to Deloitte, 96 percent of insurance carriers increased their investments in digital transformation efforts during the pandemic.

In a broad sense, customer needs have changed. There is decidedly less emphasis on face-to-face interactions. By and large, customers crave an expedient and convenient service. As a result, automated quote tools have become a normal and widely adopted facet of the industry. As the pandemic winds on, however, the inevitable question arises: is this a short-term issue, or have consumer trends changed for good? It’s a question that has insurance companies nationwide pondering its ramifications. In fact, Deloitte found that a staggering 77 percent of insurance companies have concerns about the future of the market as a result.

Why are the Mass Affluent Getting Lost in the Mix?

For the average consumer, automated risk analysis and online quote tools both simplify and demystify the insurance purchasing process. Which brings up another important question: do automated, digital-centric tools truly meet the needs of the customers that are most likely to utilize them? Enter the mass affluent.

For clarity’s sake, a mass affluent is defined as someone with assets (excluding their residence) totaling between $100,000 and $1 million. They are an ever-growing demographic with somewhere around 32 million American families currently falling under the title. They are a sizable consumer subset, and large-scale insurance companies who choose to ignore them may very well have to face the consequences.

So why is such a large—and lucrative—demographic getting left in the dust so often? In short, middle child syndrome. Self-serve tools benefit less resourced demographics more, while agencies prefer to target their manual efforts toward the big fish.

It’s no secret that insurance agents prefer to spend their time and resources courting high-net-worth (HNW) households, groups with well over $1 million in assets. Can you blame them? HNW households generate huge commissions for the respective agent/company that works on them because they typically purchase multiple large insurance policies, including comprehensive umbrella policies, at high premiums that drive correspondingly high commissions for the agents. It’s in their best interests, at least from a financial standpoint, for flesh and blood agents to dedicate extra time and resources to high value accounts while letting the automated tools handle lesser value customers. In doing so, however, they do the mass affluent demographic a grave disservice.

A Story of Missed Opportunities

InsurTech tools can only do so much. While they offer a way to extend coverage to a much wider customer base, and provide a superior customer experience to some customers, popular insurtech tools aren’t able to give customers the personalized touch they need to ensure proper coverage. According to a recent InsuranceNewsNet survey, 66 percent of the survey sample had no idea what kind of coverage their family actually needed. In fact, only 34 percent of respondents were even aware of advanced insurance products such as long-term care insurance.

While self-service tools have proved to be a boon for the insurance industry, especially given the unprecedented adversity that the last two years have caused, they ultimately fall short. Self-service tools are primarily designed to help facilitate the interaction between the customer and the insurance company, moving a qualified lead further down the agency’s sales funnel. They aren’t a catchall. So what’s the answer? Embracing the middle ground.

Insurance agencies must be realistic about their use of technology, especially where the mass affluent are concerned. InsurTech has its place, but that place is often as a conversation starter for this group. If a mass affluent customer uses an online quote tool and nothing more, they run a significant risk of being underinsured going forward. They may have the assets and associated risks that demand more advanced insurance products, but they don’t always have the knowledge or acumen necessary to determine the right level of coverage for their family.

When it comes to helping your customers protect their home, assets, family, and future, the human element is the greatest necessity. InsurTech helps you bring the customer in, but real and authentic interaction means the difference between selling a single auto insurance policy instead of a comprehensive insurance package that provides broad risk protection.