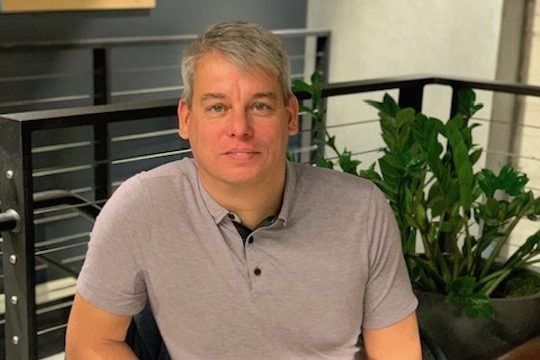 Metromile, the San Francisco-based pay-per-mile insurer, has announced the appointment of Paw Anderson as Chief Technology Officer. Anderson was most recently a senior leader of engineering in Uber’s Advanced Technology group, where he grew his team from 27 to 700. The announcement follows another earlier this month of the appointments of Jeff Briglia as Chief Insurance Officer, Bhanu Pullela as Chief Marketing Officer (CMO), Jason Altieri as General Counsel, and Debra Jack as V.P. of Communications.

“Beyond ride sharing and autonomous vehicles, he’s been on the front lines of technical challenges in several sectors, including GIS, Fintech and E-commerce, ranging from small startups to large, established companies. Originally from Denmark, he now lives in the Bay Area with his family,” says a statement on Metromile’s company blog.

The blog entry alludes to a thread that runs through Anderson’s career. “What’s been constant is my passion for enabling teams to effectively build software, while also empowering them to enjoy their biggest personal growth,” Anderson says. As CTO, Anderson is responsible for leading, coaching, motivating, and growing a world-class engineering team in Metromile’s San Francisco and Boston offices. As CTO, Anderson is also a member of the insurer’s executive leadership, working closely with CEO Dan Preston, Chief Product Officer Shaun Clowes, and many others, according to the Metromile blog. “We’re hyper focused on reimagining insurance for consumers and carriers alike,” comments Preston. “What struck me about Paw is that he has a huge passion for creating products that directly help customers. Paw has a bird’s eye view of the future of mobility, and I’m confident he’ll be instrumental in bringing our ‘invent the future’ value to life. He’s equally passionate on building a positive culture internally, and an environment that enables Metromilers to do their best work. Having been Metromile’s CTO in our earliest days, I’m excited for Paw’s leadership and welcome him to the team.”

Anderson identifies three important things that bear on his work. “I’m an engineer at heart; I like to build things that are challenging to build; and have a lot of data driven problems to solve,” he says. “I want to build things that matter to people in real life. Something that makes people want to part with their money, that makes their life better. That matters to me a lot. I want to work with really smart people who have fun together.”

“Metromile checks all three of these boxes and more,” Anderson continues. “That’s because I very much believe in Metromile’s future. Working at Uber, I became immersed in mobility and learned how that landscape is continuing to evolve. When I think about the future of mobility, I see Metromile as a key player in expanding individual freedom.”