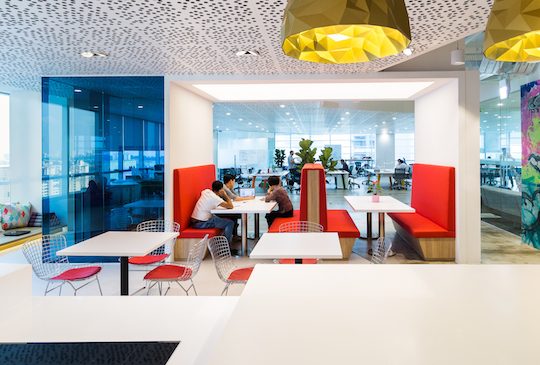 MetLife Asia (Hong Kong, a subsidiary of Metropolitan Life Insurance Company, New York) reports that LumenLab, the company’s Singapore-based innovation center has launched collab 2.0, its second startup engagement program, to help the company identify startups that can help address MetLife’s problem statements with innovative solutions. The overall winner will be awarded a JPY 10 million (US$91,000 based on the Aug. 4 exchange rate) contract to pilot its solution at MetLife Japan, MetLife’s largest business in Asia. LumenLab launched the original collab program in Nov. 2016, attracting 139 worldwide applications from 34 countries. MetLife reports that winners from the first cohort offered practical solutions that showed tangible value and the potential to significantly augment the insurance experience. Following the demo day in May, 2017 Uniphore was named the overall winner, with two other outstanding startups, Democrance and Flamingo, receiving the “Judge’s Selection” award.

“Engaging with the startup community through such platforms is critical as we look to shape the future of the insurance industry and redefine the way we interact with our customers,” comments Zia Zaman, LumenLab CEO and Chief Innovation Officer of MetLife Asia. “The winners of our first cohort in collab came up with innovative and exciting solutions which will be piloted in MetLife Asia. We’re excited to see what collab 2.0 will deliver.”

LumenLab is currently seeking applications for innovative solutions in the categories of Customer Engagement, Sales, Backend Operations, and Frontend Operations. Following LumenLab’s open global call for applications, a rigorous selection process will determine the six finalist start-ups that will proceed to the demo day in Tokyo, Japan on December 8th, 2017 to present their solutions, according to a MetLife statement.

Differentiation Through Collaboration with Startups

“Collaborating with startups differentiates us from our competitors in Japan,” comments Sachin N. Shah, Chairman, President & CEO MetLife Japan. “LumenLab’s collab 2.0 is the perfect platform on which to source innovative partners that gives our business an edge as we strive to better serve our customers.”

Launched in July 2015, MetLife describes LumenLab as focused on developing disruptive new business models in the areas of health, aging, and wealth. LumenLab has supported the launch of nice pilot projects to market, reaching hundreds of thousands of people, the company reports. Using collab, LumenLab says it aims to further its collaboration with start-ups and entrepreneurs to uncover breakthrough solutions to address real business problems and better serve MetLife’s customers.

Why MetLife Chose Asia for its New LumenLab Innovation Center