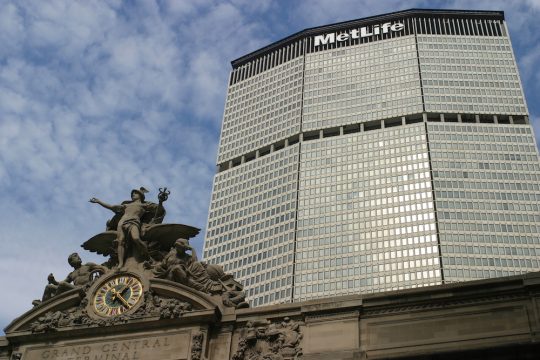 (Photo credit: Beyond My Ken.)

MetLife (New York) has announced the launch of two new InsurTech-related investment programs, MetLife Digital Ventures and the MetLife Digital Accelerator. While these new entities are proximately aimed at the cultivation of startup companies, their ultimate objective is to accelerate internal digital transformation and MetLife’s participation in industry innovation and disruption. They represent a complementary approach to MetLife’s recent investment in strictly internal initiatives, such as its LumenLab innovation center in Singapore.

MetLife Digital Ventures will support the company’s transformation through direct investment in strategically aligned startup companies that can bring new forms of value to its customers. The entity is backed by a $100 million co-investment that will be combined with capital from MetLife’s venture capital firm partners. The MetLife Digital Accelerator, which will be driven by MetLife’s partner Techstars (Boulder, Colo.), will identify and mentor startup companies around the world that are developing innovative technologies for the insurance industry. Startups selected will be hosted at MetLife’s Global Technology Campus in Cary, N.C. for what the insurer characterizes as an intensive 13-week program to develop and accelerate transformational concepts. Techstars is a global network of entrepreneurs and other professionals involved in the creation and development of companies.

The two new investment programs, which will be managed under the aegis of MetLife’s Chief Digital Office, will support a strategy based on the development of digital technology as a means of transformational change, according to Greg Baxter, the insurer’s Chief Digital Officer. The strategy aims at three areas, building up a foundation of innovative technology, developing differentiating products, and disrupting the industry. The announcement of the two new entities is about bringing an “external orientation” to MetLife’s approach to innovation, he says.

“We see disruptive opportunity as both being internal and bringing the best of what the world has to offer to us,” Baxter elaborates. “It’s about discovery and execution, and partnering with the best in the world to filter which companies and technologies we should be working with.”

With regard to MetLife Digital Ventures, Baxter says the greater challenge isn’t building the investment fund but rather acquiring the necessary skills and thus finding the companies to invest with. He explains that in his activities in the financial services industry prior to MetLife, firms he worked with faced the task of building out their company development sales capability. “We don’t need to build out a local presence in markets to compete with VCs, because we’ve been working with 16 leading VCs, representing the world’s best startup salesforce for close to a decade,” he says. “We have introduced 450 companies and about 35 proofs of concept launched within the organization.”

As with knowing which companies to invest in and market, identifying and grooming promising startups is not a core competency that a company can develop quickly, Baxter comments in reference to MetLife’s Digital Accelerator and its partnership with Techstars. “We believe their brand will create an attractive proposition globally, particularly with MetLife’s backing,” he says.

MetLife and Techstars will induct a new cohort of startups. This year the focus areas will be underwriting, health and wellness, and the “gig” or sharing economy.

Baxter says that MetLife is peripherally involved with a variety of accelerator opportunities, and notes that LumenLab, MetLife’s Singapore-based innovation center, is designed to incubate companies in order to place them within the MetLife organization. “We want to make discovery and execution a core competency here,” he comments.

MetLife Digital Accelerator is not designed to mentor companies for internal-only consumption, Baxter stresses. “We’re not looking for unique access,” he says. “Our goal is to help companies scale into viable enterprises and also become strategic partners in whose success we have a stake—the goal will be to transform the industry, not just MetLife.”