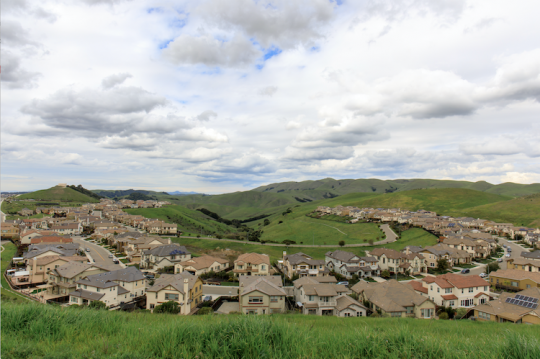 As a carrier that grew up on the East Coast, MetLife Auto & Home (a division of MetLife, New York) has been cautious about expanding its book of business in Western states. The region has become even more challenging to underwrite, given that wildfire has emerged as a major peril on a par with other natural catastrophes—causing $11.4 billion dollars in damages in 2018 alone. However, through its engagement with the emerging technology landscape, the insurer embarked on a relationship with Zesty.ai (Oakland, Calif.) to help it profitably underwrite more business and open up a path to growth.

“We’re continually scanning the marketplace to determine what technologies are evolving to help us solve many business problems, provide better engagement for customers or grow our business,” comments Carol Anderson. “Through that ongoing assessment, we activated conversations with the Zesty.ai team.”

Seeking Growth in California and the West

MetLife’s challenge was to better address risks in order to pursue growth in Western states. Through organic growth and acquisitions, the company has expanded into the Midwest and Southeast, but it hasn’t grown significantly in the West in part because of concern about wildfire risk, according to Anderson. “We didn’t have a lot of real science in the tools we’ve been able to apply, so we’ve been very conservative in our approach to the region,” she says. “We started talking with Zesty.ai team about their product roadmap and we were particularly interested about their Z-FIRE product and the science they were applying to brushfire assessment.”

What sets Z-FIRE apart is the ability it gives users to derive highly specific insights into an individual property, according to Anderson. “With those insights, we can understand what mitigation activities the owner has already engaged in, that they’ve constructed the home using less combustible materials, or other factors that mitigate the potential damage of wildfire,” she explains.

Most of the tools MetLife previous used to evaluate risks only gave a very broad-brush approach to wildfire, recognizing the peril at a high geographic level, and underwriting at ZIP Code level, in the best of cases. “That was about as granular as you were going to get, with all the properties treated the same way,” Anderson comments.

The insurer began working with Zesty.ai on a proof-of-concept in April 2019, applying Z-FIRE to MetLife’s historical data. The results were outstanding, according to Anderson.

With Z-FIRE MetLife could derive risk scores at various levels for an individual address, using the insurer’s underwriting criteria. “What impressed us was in addition to bringing high-resolution satellite imagery, and merging that with third-party data, it helps us understand what happened at that property over time, allowing for synthesizing that into a score,” Anderson relates. “It also uses 30 modifiers or evaluating factors, such as the surrounding vegetation and its propensity to combust.”

Anderson notes that Z-FIRE’s models are enhanced by input from the California Department of Forestry and Fire Protection (CAL FIRE, the State of California’s agency responsible for fire protection), both in terms of data and interaction between Zesty.ai and CAL FIRE personnel.

On the merits of the proof-of-concept, MetLife has begun a project to put Z-FIRE into production in early 2020. “We’ll begin communications to our agents using for our new business underwriting early in the year,” Anderson reports. “We will then very quickly be able to apply it because we’ll have all the right integrations to our policy administration systems.”

Acknowledging that MetLife is currently a small player in California, Anderson says that its business case for adopting Z-FIRE is based on doubling its position in the state. “In the past we had been self-limiting because we just didn’t have enough understanding of wildfire exposure,” she says. “This will open up areas that are exposed to that peril, and it will also give us a stronger visibility and presence in the state, opening up opportunities in markets that aren’t necessarily impacted by wildfire.”

New Level of Transparency and Engagement

In addition to the power of Zesty.ai’s technology to refine underwriting, its identification of specific risk factors also provides transparency for the insurer to communicate to customers and distributors, according to Anderson. “I think consumers are always hesitant about a ‘black box’ score,” she observes. “But with this technology, I can say I can underwrite your property because of the materials you have built your roof with, or, for example, that you chose outdoor stone patios rather than combustible decks.”

“It gives us a fantastic way to communicate about the risks we choose to write, or not,” Anderson adds. “And once we write a property, it gives us a way to engage with the customer to encourage them to maintain their property in a way that protects it.”

In selecting Zesty.ai’s technology, Anderson says that MetLife was aware of other emerging artificial-intelligence driven underwriting solutions but found none that analyzed the wildfire peril as deeply. “We use other solutions for other types of use cases in other parts of the country,” she elaborates. “But in terms of wildfire, the depth at which they have built this model and brought all the components together really sets Zesty.ai apart from others in the industry.”