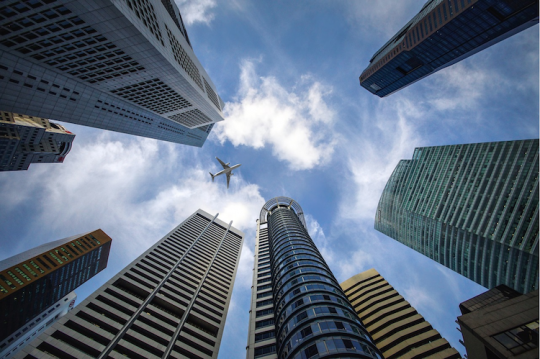 MassMutual Ventures (MMV, Boston), the venture capital arm of MassMutual (Springfield, Mass.), has launched a second fund of $100 million for Southeast Asia, bringing its total capital under management to USD $350 million across four funds: two USD $100M funds in the U.S. and USD $150M in Southeast Asia across two funds. One year after establishing MassMutual Ventures Southeast Asia (MMV SEA) with a fund of USD $50 million, the Singapore-based team will continue to build on its successful strategy of investing in early- and growth-stage companies in the digital health, financial technology and enterprise software sectors, according to an MMV statement. With this new fund, supplied by MassMutual, MMV’s overall investment capital has more than tripled since its establishment over five years ago. MMV reports that MMV SEA will also seek opportunities in Hong Kong, India, Australia and New Zealand.

“We are excited to significantly expand our international presence with this second fund for MMV SEA. This additional capital will allow us to invest in more startups in the region that have the ability to generate positive returns for MassMutual,” comments Doug Russell, Managing Director and Head of MassMutual Ventures. “Furthermore, we can continue to build a truly global MMV platform, giving entrepreneurs access to significant networks and expertise, while providing MassMutual with valuable insights into new trends, technologies and solutions that are being developed around the world.”

MMV has invested in roughly 40 companies in North America, Europe, Israel, and Southeast Asia since its establishment in 2014. Seven of those companies are part of MMV SEA’s current portfolio. MMV SEA reports that it also works with other MassMutual entities in the region, leveraging their relationships to help portfolio companies identify potential opportunities for expansion and strategic partnerships. “We look forward to further successes with MassMutual Ventures in Southeast Asia and across the region, as the team widens its investment reach to back more companies in this dynamic and thriving part of the world,” comments Eddie Ahmed, Chairman, President and CEO of MassMutual International. “Additionally, this second fund underscores MassMutual’s growth plans as we look to capitalize on attractive, emerging global opportunities in new markets.”

Managing Directors Ryan Collins, formerly an Executive Director at Goldman Sachs, and Anvesh Ramineni, previously Head of Investments at OpenSpace Ventures, lead MMV SEA. Both are experienced investment and operating professionals in the region, and are charged with sourcing and executing investment opportunities.

“As a vibrant and growing ecosystem, Southeast Asia offers tremendous opportunities,” comments Collins. “The substantial increase to our investment capital reinforces our commitment and focus, as we continue to believe in both the local opportunity and in the potential for globally successful companies to emerge from this region.” Ability to Invest in 15 to 20 New Companies

“The larger new fund will give us the ability to invest in an additional 15 to 20 companies and allow us to further support our portfolio companies as they grow, Ramineni comments. “We look forward to continue backing exceptional entrepreneurs and building upon the success we have had in this region over the past year.”

On the strength of increased capital under management and commitment to its portfolio companies, MMV SEA reports that it recently hired a new associate, Carlos Jo Loo. Prior to MMV SEA, Carlos was a Senior Associate at the Boston Consulting Group (BCG) SEA. During his time at BCG, he worked extensively with BCG Digital Ventures, where he co-founded two start-ups in the energy and industrials sectors. Carlos holds an MPhil in Finance from the University of Cambridge, and a BSc in Economics (First Class) from the University of Sussex.