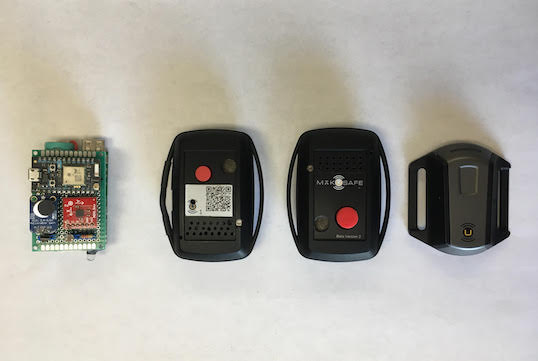 MākuSafe, a Des Moines-based InsurTech start-up company and makers of a wearable workplace safety device and software platform, has announced that it has closed on a $1.25 million convertible note round of fundraising. The vendor also reports that the final rounds of field beta testing of the solution are underway, with a view toward release in 2018. The company recently announced the appointment of a new CTO, Mark Frederick, new CIO, Kevin Krefting, and the company’s procurement of new office space in West Des Moines.

The vendor reports that since securing EMC Insurance Companies (Des Moines) as an investor in early 2017, Glynn and his partners have identified a distribution model that utilizes insurance companies to deliver the MākuSmart device and cloud platform. MākuSafe contextualizes its funding announcement by noting that workers’ compensation premiums written has gone up year-over-year since 2011. With employers paying more than $1B a week in direct workers’ comp costs, it makes sense that insurers would want to take a proactive and innovative approach to worker safety, the vendor says.

“We’ve seen telematics—GPS software that records and analyzes your driving behavior—achieve a great deal of success in the automotive insurance sector,” comments Gabriel Glynn, CEO, MākuSafe. “Our belief is that there is an uncharted opportunity to implement those same principles and technologies within the manufacturing realm to change the way people view workplace safety. From identifying risks ahead of time and preventing injuries to efficient deployment of resources, lower premiums and making workers more cognizant of their behaviors, the benefits of our solution reveal themselves more by the day.”

The wearable device—worn on an armband and sensing a variety of environmental conditions—is paired with the MākuSmart platform, and uses what the vendor characterizes as the latest in Machine Learning (ML) and Artificial Intelligence (AI) to derive valuable information from the data collected from the device.

“What Fitbit did for personal fitness, we want to do for workplace safety and productivity,” said Mark Frederick, MākuSafe CTO. “Being located in one of the insurance capitals of the U.S. and in the Midwest, where manufacturing still wins the day, the excitement for this solution has been palpable, and this raise is solid evidence of that.”

QBE Closes Investment in RiskGenius, Will Implement Its Solution