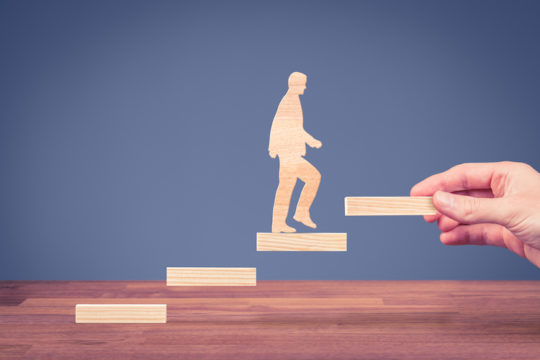 The insurance technology market might not be quite the same since the pandemic struck, but insurers’ core system transformation continues, and along with it, outside investment in the solution space. Among the most recent major investments was the acquisition of Majesco (Morristown, N.J.) by Thoma Bravo, a Chicago-based private equity firm with an existing presence in the insurance technology realm. As an indication of how hot the core system/insurance platform is, Thoma Bravo upped an original offer based on a valuation of Majesco at $594 million in July to one based on a $729 million valuation in August after the software company received an offer from a competing entity. Having gone from being a public to a private company, Majesco is now positioned to aggressively pursue its agenda of becoming a product-focused company in the cloud software realm.

Majesco was founded in 1992 as the American subsidiary of Mumbai-based Mastek. The firm was known as MajescoMastek until it demerged from its parent in 2014. Late that year Majesco acquired Cover-All Technologies, whose president and CEO Manish has led the company’s transition to cloud software and the platform/API-driven paradigm. However, the company still had some transitioning to achieve in order to fulfill its potential. In 2018, Majesco brought on Adam Elster, a former senior executive at CA Technologies (New York), to guide the company through its next stage of evolution. 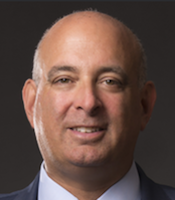 “The real task was taking what Majesco had built, completing the transition to cloud and to a being a product-centered company with a repeatable, sustainable business,” Elster comments. Of his appointment as CEO, he comments, “They brought someone from the horizontal software industry, not insurance, to build the business.”

Majesco was thriving in the market, but its corporate structure remained an obstacle to reaching the next level, according Elster. There are many advantages to being a public company, but the Indian parent company owned 70 percent of the Majesco, with Mastek’s four founders themselves owning 40 percent. The only route to the liquidity needed was via primary share offerings, Elster notes, but the founders naturally didn’t want their shares diluted. “We had all the earnings, the audit, the overhead of a public company without the capital to fuel growth,” Elster says.

The company continued to grow under Elster’s watch and was able to raise between $20 and $30 million in the two years after his appointment. However, that was far beneath the kind of capital needed to fuel growth on the scale needed to realize Majesco’s potential as a competitor in the core system/insurance platform space. Elster recalls that the option to make primary share options was pressed, but made no headway—which led to entertaining the option of going private. “We asked whether the founders should go private, whether it made sense to go private in India,” Elster relates. “We also recognized that there were many PE firms specializing in software who would help us transform and give us access to capital. Thoma Bravo had been doing that for a long time.”

Thoma Bravo’s most meaningful investment in the insurance technology realm has been its 2015 acquisition of iPipeline (Exton, Pa.), a provider of cloud-based software to the life and annuities industry, according to A.J. Rohde, a partner at the firm. “iPipeline has been a wildly successful outcome for us and whet our appetite for more in the insurance sector,” he says. “We see Majesco a further extension of that.”

Thoma Bravo has over $50 billion in capital investments, with a focus on software and technology. Notable examples of non-insurance-related companies Thoma Bravo has invested in are application performance monitoring company Dynatrace and mortgage company Ellie May, which it acquired for $3.7 billion in Feb. 2019 and sold to Intercontinental Exchange for about $11 billion in Aug. 2020. Thomaa Bravo applies a buy-and-build philosophy executed through what it calls a partnership-driven approach supported by a set of management principles, operating metrics and business processes. The firm has acquired more than 260 software and technology companies representing over $78 billion in value and supports its acquisitions by investing in growth initiatives and acquisitions aimed at creating long-term value.

Rohde relates that Thoma Bravo had been aware of Majesco during the last 10 years and recognized that it needed to transform into being primarily a product company. Majesco followed the pattern of its parent company as a traditional services company doing labor arbitrage and custom services within the IT realm.

“When I joined the company two years ago, 70 percent of its revenue came from services,” notes Elster. “Fast forward to when we reported our results for the first quarter of 2020 and we were 50/50 products and services.”

Since 2018 Majesco has also progressed as a product company in the eyes of analyst. Elster notes, for example, that two years ago the firm was right of the border on Gartner’s Magic Quadrant but now occupies a spot near other market leaders. “We’re well on our way to becoming a product-centric company,” he comments. 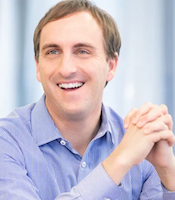 These accomplishments enhanced Thoma Bravo’s interest in Majesco, along with the company’s innovative work in cloud-native software within an insurance platform paradigm. Another very important factor was Majesco’s role as a provider to both the property/casualty and life and annuities industries. “That’s one of the reasons we chose to buy the company,” Rohde says. “We had such a great experience with iPipeline. With Majesco we’ll be operating in two markets with subsectors—commercial, group, etc.—where there are important pockets for innovation.”

In making the decision to acquire Majesco, it also helped that Thoma Bravo executives knew Elster personally and in fact had previously considered asking him to run one of its companies. “We had the benefit of watching the transformation of Majesco before our eyes—and with someone we had tried to hire,” says Rohde. “He was doing exactly what we had done, so we chose to engage during the depths of COVID-19. It was pretty seamless when it came together, and it’s been a bit of a match made in heaven.”

Speaking of what influenced him to join Majesco, Elster cites customer-centric culture, innovative product and market opportunity. “There was such a large market opportunity in a vertical where the needed technology was already proven,” he comments. He also emphasizes the vision of Manish Shah and his work on Majesco’s cloud-based Digital First platform. “He began investing in re-platforming the product in 2016—that was pretty early and risky, but now we’re seeing the payoff,” Elster says. “A lot of what Majesco offers is around the vision he has as an individual, and I don’t think I’d have joined the company without him.”

After two successful years, Elster saw taking the company from public to private status as a way to realize the market opportunity that Majesco represented. “I’ve been with Majesco a couple of years but, it has a deep, rich history of serving customers and serving the insurance industry and providing value,” he elaborates. “New sales going very well and we’re the leader in innovation in a lot of key areas; to scale that, you need repeatable product business.”

Majesco can move faster as a private company, and an important part of that is getting customers to adopt cloud faster and making them self-sufficient through operating on low/no code software, according to Rohde. “The systems are there for the customers today—it’s a question of speed and training,” Rohde observes. “In order to do that faster we have a very large balance sheet and lot of capital to drive that.”

Mergers and acquisitions will play a significant role, according to Rohde. “In many cases, the path of least resistance in building capabilities is to acquire,” he says. “We’ll buy point products, applications that are best-of-breed in both life and P&C for us to grow faster than if we were to build those capabilities.”

Thoma Bravo’s strategic vision for Majesco fundamentally harmonizes with the roadmap Majesco had in place—it simply now has the means to more fully realize it, Elster suggests. “We had been building cloud-native product, core systems with microservices to make them easier to use and to connect with adjacent systems, with a focus on configuration rather than point-to-point integration,” he says. “But investing in APIs and other cloud solutions, we can provide end-to-end capabilities for our customers insurance processes.”

iPipeline to Be Acquired by Roper Technologies