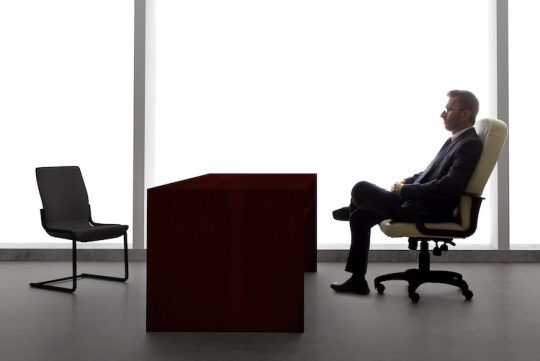 Given the deeply personal, life-changing benefits that life insurers provide policyowners and their families, you might reasonably expect consumers to have warm, fuzzy feelings toward life insurers. You would be wrong.

Our recent survey results suggest that consumers are increasingly disconnected from their life insurers. Via the Net Promoter Score (NPS) methodology, life insurers overall scored a -24, which is full-on “ugh” territory. Nearly half of our survey respondents fell in the Detractor bucket, which is a score between 0 and 6 on a 10-point “likelihood to recommend my insurer” scale.

This suggests a high amount of antipathy toward the industry, and places life insurers near the bottom of a long list of industries. By way of comparison, life insurers’ neighbors on the list include long-time NPS underachievers like government and Internet/cable TV providers.

This positioning may be even worse news for insurers than it sounds. Government typically doesn’t produce many raving fans, but defection is not an option: Consumers cannot opt out of taxes and societal governance. Internet and cable TV providers lug around a reputation for poor service, but in the modern age virtually no one is willing to do without

their products. In any case, the comparison is tenuous because your ability to live-stream your favorite shows is a commodity in a way that protecting your family’s future should never be.

Life insurers face a series of well-known challenges. They sell a complex product that can quickly cause a potential buyer’s eyes to glaze over, while simultaneously forcing a conversation about—hooray!—the policyowner’s death. They often leverage a commissioned sales force, which raises fair questions about agents and their motivation. They require policyowners to accept on faith that the company will be around several decades hence to honor a claim. And from a customer’s perspective insurers have an apparent focus on collection of premiums, which is far and away the most common policyholder interaction with their life insurer. It is no wonder that life insurers generate low NPS scores.

If you are a life insurer, aspiring to provide a lifetime of value for your customers, this is all bad news. But something worse is about to hit the fan.

The past 20 years have seen an unrelenting focus on decreasing costs, improving risk selection, and service automation. As a result, the balance between human-driven and technology-driven experiences has shifted toward technology. Chatbots and AI are in vogue, with a central focus on minimizing how often human interactions are allowed to take place. In the extreme, relationships that used to be nurtured by regular face-to-face interactions will be driven by rules engines and data-driven algorithms, and human interactions will become the exception. In life insurance, the “rise of the machines” is real. These trends are likely to cause further deterioration of the tenuous, low-trust relationship that most consumers have with their life insurer. Typical life insurance consumers may not know how or why their experiences are changing, but they feel the impact of all that technology. This is certain to further commoditize and weaken the carrier/consumer relationship.

Our survey suggests that almost a third of all consumers already feel like their needs take a back seat to company profits. The industry-level cost of this feeling and the resulting state of emotional disconnection is hard to quantify, but clearly staggering. Headlines include high sales
costs, poor cross-sell, high lapse rates, and the opportunity cost of poor word of mouth. This drastically reduces the industry’s ability to function at a profit while simultaneously serving their customers.

We do not believe that time has run out on life insurers. The tech giants outside of insurance, as strong and capable as they are, are not well positioned for a quick industry takeover. But while the game clock has not yet hit zero, it is clearly ticking down.

We believe that life insurers would do well to rethink their strategies to earn a position as their customers’ trusted financial partners. Where technology is concerned, a guiding principle should be carefully enhancing the emotional bond between consumers and insurers, rather than letting relationships become more brittle as new technologies come online. The old adage that life insurance is “sold, not bought” suggests that the industry knows a thing or two about nurturing relationships. It’s time to double down on that knowledge.