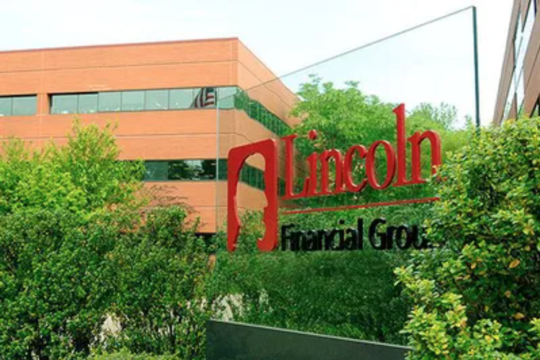 At a time of increased investment in digital technology, Lincoln Financial Group’s (Radnor, Pa.) leadership decided to improve its processes for reporting and measuring the success of its digital initiatives. Over the course of a 24-month project, the company designed a processes and metrics that have resulted in roughly $50 million in net benefits through optimization, resulting in the ability to self-fund its digital program. LFG’s success was recognized by Aite-Novarica Group’s Impact Award. 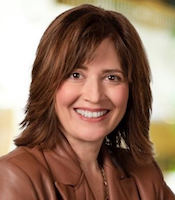 “Many insurers struggle to measure the value their technological investment creates or articulate the benefits of new technology in hard dollar terms, so it’s commendable that Lincoln Financial has developed a systematic approach to facilitate that process,” comments Matthew Josefowicz, Head of Research Councils, Aite-Novarica Group.

It’s not only insurers that struggle to quantify the value of IT projects, according to Michelle DeCarlo, SVP Technology Enterprise Delivery Practices, Lincoln Financial, who has held technology leadership roles at Capital One, JP Morgan Chase and AT&T. “While everyone sees this as an issue, it’s hard to get on top of it,” she says. “It requires discipline and engagement through various stakeholders—not just the delivery teams. And it has to be holistic solution driven by sound methodology.”

DeCarlo led the project with sponsorship from Lincoln Financial’s CIO Ken Solon, with further support from CEO Dennis Glass, according to DeCarlo. The project united professionals from the company’s digital strategy and value management team, along with its finance team. The project team consisted of a total of 16 people.

Aite-Novarica reports that the project began with an evaluation of Lincoln Financial’s existing value-capture model. A new model was applied to key digital projects, followed by scaling and refinement as feedback was received. The insurer then undertook the implementation of the new model, working with business partners to build cases and set performance targets. To support the new model, Lincoln Financial built internal tracking and measurement tools on Microsoft Excel and Tableau and is also exploring external integrations with PlanView and Version 1.

Implementing this new process presented a variety of cultural challenges, particularly with regard to the embrace of Agile methodology, according to DeCarlo. It required collaborating with initiative leaders to align scope and process to required outcomes.  “We were very deliberate in engaging the right business stakeholders and getting up-front commitments,” she says. “At the very beginning, we would ask what campaigns and tactics were needed to realize the desired results. We establish all those KPIs up-front to make clear how we were going to measure success.”

Agile implied both a change in how business requested and IT delivered change, DeCarlo stresses. “Agile works by being very iterative and responsive to changing market conditions,” she elaborates. “It also means being outcome- rather than output-focused. The question was, ‘What are the outcomes you’re going to derive’—it’s not a matter of delivering software for the sake of making changes; it was changing the mindset of how we worked, including techniques, tactics and process.”

Creating a closer partnership with the business was one of four “pillars” of the project. DeCarlo characterized the new relationship as departing from a historical environment where IT served as an order taker and worked separately until a given project was finished. “The new approach is dramatically different, an integrated model with shared successes and outcomes as well as failures and learnings,” she says.

While the change in the relationship itself was a challenging learning process, DeCarlo says that with the establishment of a new model, “We did not have issues with the business ‘throwing things over the wall’—we operated as one unit, working collaboratively through all stages of delivery.”

Aligned, But Not Separate

DeCarlo describes the new environment as one where the business and IT team were “aligned, but not separate.” Team members now talk about being unable to distinguish between who is IT and who is business, she says.

The combination of iterative, highly collaborative work and the transparency that was the essence of the initiative led to a high degree of engagement on the part of the team members. “They were able to see the results of their work because it was so well measured and clear as to what outcomes were being driven,” DeCarlo says. “You give people better visibility and clarity about their work and they become more engaged.”

That wasn’t achieved without work, DeCarlo emphasizes. “It was a challenge to tell people who they needed to change their work environment,” she says “We introduced coaches to help reinforce the practices that we wanted to realize.”

Along with a new partnership with the business and new approach to deliver, DeCarlo identifies two other pillars of the initiative. One was financial capture, whereby the team measures financial investment and results, making determinations as to whether gains were driven to the bottom line or into reinvestment in digital transformation. Another, she says, “was putting adoption practices in place so to ensure that the software we created was actually used.”

Lincoln Financial has enjoyed great success in employee engagement scores, which can hardly be considered separate from the $50 million in net benefits resulting from the project improvements in process optimization, policy changes, automation, print and mail expense reduction. The program is on track to generate $80 million in benefits in 2021, and Lincoln Financial expects future savings ranging from $90 million to $150 million.

One of the benefits of those gains has been enabling the self-funding of Lincoln Financial’s digital program. However, the long-term effects may be much greater. DeCarlo says that the company’s digital program served as a pilot or proof of concept for perfecting processes for IT generally. “It forms a basis for all our work efforts,” she says.

Another gain is that the initiative has resulted in a new level of IT’s strategic integration within the enterprise. “We moved from an order taker environment to become more consultative and outcome focused, more value-based as to what we’re delivering,” DeCarlo comments. “We had to demonstrate our value, and by doing so we have earned a seat at the table.”