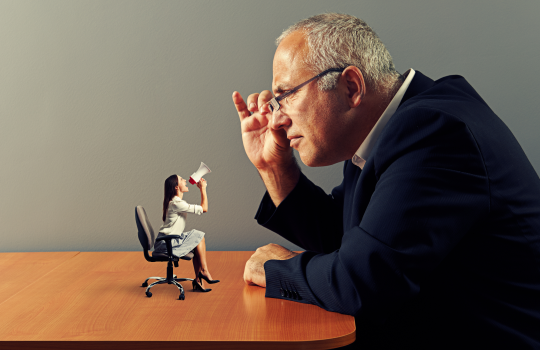 For Life Insurers, the First Step is Admitting there is a Problem

I had a chance to speak at the recent North Carolina CEO summit and one of the key takeaways was that one of the hardest things for companies in any industry to do is adjust their business processes to reflect appropriately on the challenges and opportunities made possible by new technology and changing consumer expectations. This is especially true of insurance. The majority of carriers have perfected looking at the world from the inside out, which may be fine in an era of limited change, but it is exactly the wrong response in a period of dynamic activity and shifting expectations, punctuated by the threat of new market entrants.

This inside out thinking leads companies to focus on service-level agreements and other metrics which completely miss the importance of getting the actual customer experience right. Companies may well understand the correlation between poor customer experiences and financial outcomes (e.g., poor persistency rates or a failure to loss of assets under management), but they seem to fail routinely in understanding what the root cause events are driving these results.

A personal customer experience with business as usual

As a case in point, I recently went through a series of unfortunate customer service events with a large, national, life insurance carrier. The start came through a phone call to one of their support centers. This particular facility was in Ireland and their function was limited to letting callers know that the company was closed in the evening and would be open during “normal business hours.” Of course, “normal business hours” turns out to be the same hours when most consumers are at work, making it remarkably inconvenient. On the next day, a call during normal business hours and was routed to a call center in Manila. After almost an hour on the phone I discovered that this operation was only able to deal with non-registered products; that issue wasn’t picked up by the VRU when I dialed in. Once we got past that confusion, the call was routed to another call center in the Midwestern United States. At that point, a knowledgeable representative walked through the issue but concluded that since the transaction spanned multiple internal business units there was nothing he could do. The best response was to have an agent call me. The SLA for a call was 24 to 72 hours.

The empowered customer finds an alternative

Two weeks later, when no call came, I gave up and went looking for an alternative company to manage the assets. The multiple contracts involved were 30 years old, so this was not a new customer issue. It was however a life event issue which a new financial institution was happy to address. In this case, the company in question was a brokerage firm who happens to sell life and annuity products on behalf of a range of manufacturers. They were happy to set up the new accounts and handle the 1035 exchanges and had the experience wired before the original life carrier understood what had happened.

So, from a customer standpoint, I was quite happy. I was able to move the funds into an experience where there was a knowledgeable entity on the other end of the wire; the account opening experience was very Amazon-like, inasmuch as routine updates on the status of the transactions came to me in my preferred channel of communication.

Too little, too late

That might’ve been the end of the story except that the life carrier now seemed spurred into action. However, the action invoked processes that are little exercised and had unintended consequences. For example, multiple conservation letters were received offering to discuss options for keeping assets at the original carrier. Unfortunately, the conservation letters arrived after the proceeds had already been distributed to the new financial services company. Another bit of detective work found that the time lapse between producing (and dating) the letters and their actual delivery was 10 days. Based on the postmark, it was six days between the production of the letters and having them sent. They came via a bulk mail rate resulting in further delay.

The operation was successful, but the patient died

Through this whole effort, it is possible that the service-level agreements for every component in the process were met. The whole of the experience was very different than the sum of those parts, however.

Fixing this kind of problem doesn’t need to be particularly difficult or expensive. It does require, however, the recognition that there is a problem. One approach that we see taking hold now is the introduction of the position of Chief Customer Experience Officer. Frequently coming from outside of the insurance industry, from banking or consumer products, the individuals taking these roles have a charge to look at the carriers “from the outside in.” This is a promising development that many more carriers should consider as they kick off 2016.