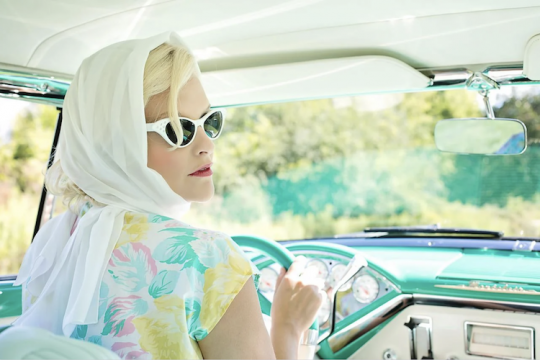 Lemonade (New York) announced the closing of its acquisition of pay-per-mile pioneer auto insurer Metromile (San Francisco). Arguably one of the exciting mergers of the year, its announcement was clouded by an internal announcement from Lemonade co-CEO Daniel Schreiber that 20 percent of Metromile employees would be laid off. 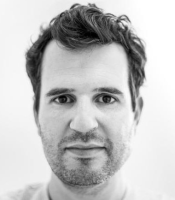 “We launched Lemonade Car a few months ago and believe it’s the most delightful product on the market; we also believe auto insurance is challenging for newcomers and disadvantaged by a lack of data—which is why we bought Metromile,” commented Shai Wininger, co-CEO on the completion of the acquisition. “For ten years, Metromile’s intricate sensors monitored billions of miles of driving, while their AI cross-referenced this data with hundreds of thousands of claims, to accurately score each tap of the brake and turn of the wheel. We believe that adding these models into the Lemonade Car platform will make the most delightful car insurance also the most competitive, precise, and fair. That’s why we’re so excited to welcome Metromile into the Lemonade family.” 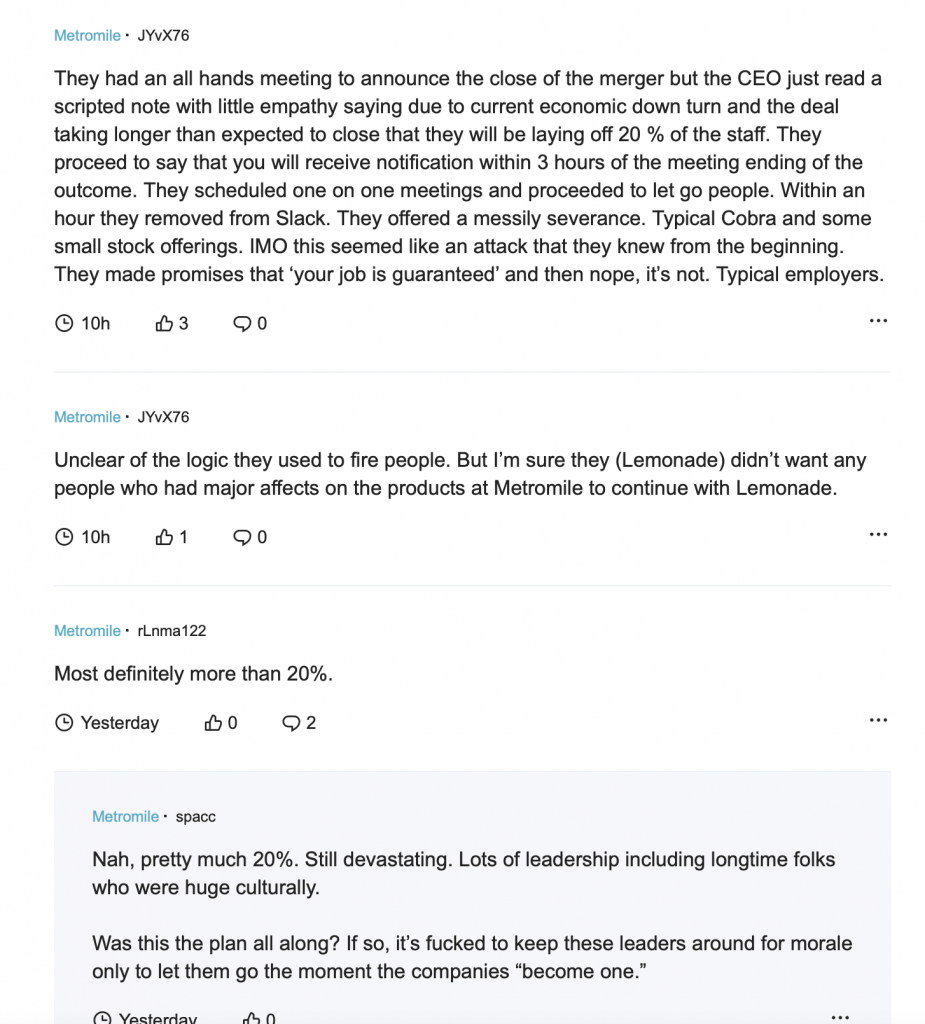 Screenshot of Lemonade/Metromile layoffs thread at Blind. (Click to enlarge.)

Lemonade reported that Metormile CEO Dan Preston has assumed the new role of SVP of Strategic Initiatives at Lemonade. The firm said that Metromile shareholders received 7.3 million LMND shares. What Lemonade itself received from the acquisition, was, according the firm’s announcement, “a business with over $155m in cash, over $110m in premiums, an insurance entity licensed in 49 states, and a team unsurpassed in harnessing precision data for auto insurance.”

While Lemonade’s announcement said that most most Metromile employees will transition to roles at Lemonade, a significant part of that team evidently will not. Verified Metromile employees at Blind, a social media site for professionals, noted that Lemonade’s Schreiber held a meeting during which he announced the layoff of 20 percent of the Metromile staff owing to current economic conditions. Another source told Insurance Innovation Reporter (IIR) that most of Metromile’s design, engineering and product teams lost their jobs, including at least three executives: the CFO and SVPs of Communications and Product. “Metromile employees appeared to have been caught off guard by the layoffs, although the acquisition had been in the works for months,” the source said.

In a quote within Lemonade’s announcement of the completion of the acquisition, Preston said that, “While Metromile was at the forefront of using big data and AI in car insurance, Lemonade forged a parallel path for several complementary lines of insurance. That makes for a powerful combination. The upshot is that Metromile’s mission to connect the world to personalized insurance receives a big boost today. While the Metromile brand will sunset over time, its promise to consumers will be realized bigger, better, and sooner now that we’ve joined forces.”

‘not what any of us expected’

In a later text sent to laid-off employees and provided in image form to IIR, Preston said, “Today’s actions were not what any of us expected as we embarked on this path, and it was naturally a huge shock to all of us. But more importantly, it’s no reflection on your performance, talent or potential. Please let me know how I can help you in the next part of your career—I’m eager to help—be a sounding board, introduce you to folks in my network, backchannel, etc. I’m ready to be of service, and my actions can speak a lot louder than these words.”

The decision to layoff employees is not surprising, according to Kaenan Hertz, Managing Partner, Insurtech Advisors (New York). Layoffs have been seen at multiple companies and large capital raises have been scarce, he says. “On the other hand, there’s so much VC money that there are still investments going on—but they’re different,” Hertz adds. “There’s a very large InsurTech VC [whom Hertz declines to identify] that hasn’t made an investment since November.”

Hertz hearkens back to the dot-com bust, which was followed, he notes, by massive layoffs. “The perception is that a company needs to look leaner in order to raise more money,” he elaborates. “That may or may not be true, but I think that’s what’s going through the minds of many founder executives. I expect we’ll see more of that.” 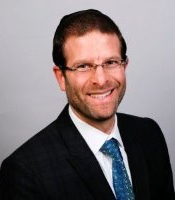 There is a counter-risk to layoffs, Hertz cautions. “Everybody joined thinking this was their retirement ticket, and that’s not the case currently,” he says. “Laying off employees increases the flight risk of the best employees. They’ll have a harder time to recruit, which will make it harder to make the necessary changes to bring new ideas to bear.”

Lemonade had not responded to requests for comment from IIR by press time.

On Lemonade’s Planned Acquisition of Metromile