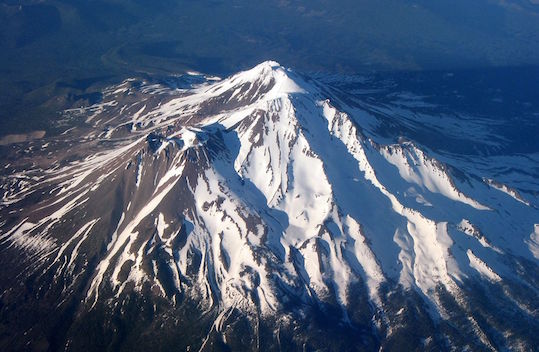 (Mt. Shasta in California, the second state Lemonade has filed to do business in. Photo credit: Ewen Denney.)

Lemonade (New York), which officially launched its P2P insurance experiment as a bona fide operating carrier in New York state in September 2016, has announced the closing of a new round of funding to the tune of $34 million, as well as filing to do business in California. The new round, which brings Lemonade’s total funding to date to $60 million, was General Catalyst with participation from GV (formerly Google Ventures), Thrive Capital and Tusk Ventures, as well as existing investors Aleph, Sequoia, and XL Innovate.

Lemonade’s business model departs from established practice in that the company takes a flat fee of 20 percent from premium, and gives back unclaimed money to charities of policyholders choice. The carrier’s so-called Giveback’ program derives from studies by Lemonade’s Chief Behavioral Officer, Professor Dan Ariely, and earned Lemonade a B-Corp certification. The model is designed to address moral hazards traditionally faced by insurers in the pricing of risks and by policyholders in the claim phase—which is to say the temptation to file exaggerated or fraudulent claims.

Lemonade’s price proposition is driven in part by the efficiencies associated with use of automation in the form of robotic process automation and artificial intelligence/cognitive computing. Consumers using Lemonade’s app are able to chat with a “bot” to purchase insurance, service policies and  file claims. “The bot is authorized to pay claims instantly and without human intervention.  This creates an insurance experience that is fast, simple, and delightful,” a company statement says.

“We believe in replacing brokers and paperwork with bots and machine learning, and we now have the backing to unleash this formula across new products and geographies.” comments Daniel Schreiber, co-founder and CEO at Lemonade. “The response from consumers has been overwhelming—must be the first time people tweeted about how delightful insurance is!”

Insurance as an Enjoyable Consumer Experience “Lemonade is revolutionizing insurance, transforming one of the largest and most outmoded industries into an enjoyable experience for consumers,” comments Joel Cutler, managing director, General Catalyst and a Lemonade Board member. “I’ve been blown away by Lemonade’s chatbot-driven app. It makes every interaction intuitive. The best is yet to come.”

“We look for companies that have the potential to radically improve customer experience, and we saw that clearly in Lemonade.  They are harnessing a compelling mix of behavioral economics, artificial intelligence, and great design,” comments Tom Hulme, GV General Partner. “Lemonade’s full-stack approach gives it flexibility to keep iterating on that customer experience, and to expand fast in 2017.”