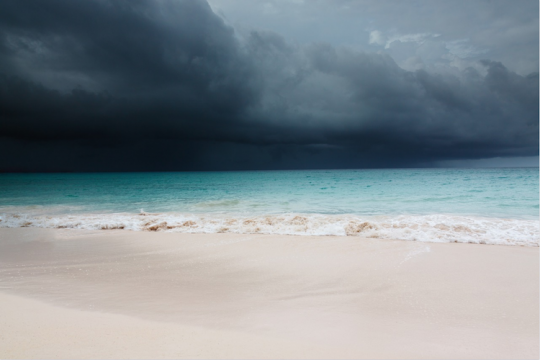 Karen Clark & Company (KCC, Boston) has announced that the Florida Commission on Hurricane Loss Projection Methodology (FCHLPM, Tallahassee) has certified the KCC US Hurricane Reference Model Version 2.0 as implemented in RiskInsight 4.9.2. The KCC model is the first new model certified by the FCHLPM since 2006.

The new KCC model contains more than 90,000 hurricanes, of which over 35,000 impact the state of Florida. The model shows that one of the worst-case scenarios for Florida is a strong Category 5 storm making landfall near Miami with a track continuing north through the densely populated areas of Fort Lauderdale and Palm Beach. This track is very similar to what Hurricane Irma at one point threatened to take, KCC notes. The KCC model estimates that this type of hurricane would cause over $200 billion in insured residential losses alone. The model shows that the long-run average annual losses, including all lines of business, are $7 billion for the state of Florida—about half of the US total.

“The rigorous Florida review process consists of multiple steps, including an audit by the Commission’s Professional Team of experts,” comments Glen Daraskevich, Senior VP, KCC. “The Pro Team spent seven days on site at KCC’s Boston offices thoroughly reviewing every component of the model. KCC’s own experts then presented the model to the Commission in Tallahassee where the 33 standards, spanning the disciplines of meteorology, wind engineering, statistics, actuarial and computer science were presented and voted on one-by-one. Every standard was unanimously approved by the Commission.”

KCC reports that in addition to meeting all of the standards, the KCC US Hurricane Model has introduced several innovations, including:

KCC notes that CEs enable insurers to see exactly where they are vulnerable to solvency-impairing losses. The traditional “100-year PML” metric is one number providing an estimate of the loss amount for which an insurer has a one percent chance of exceeding in a year—it says nothing about where or by how much this number can be exceeded. CEs provide this additional information as shown in the illustration below.

“The Pro Team and the Commission saw the transparency of the KCC model,” comments Daraskevich. “The KCC team was able to demonstrate visually the high resolution wind formulations and other aspects of the model, allowing the model components to be verified.“

Certification by the FCHLPM enables insurers to use hurricane models for residential ratemaking in the state of Florida. The FCHLPM was formed in 1995 to review hurricane loss model output and the model methodology.