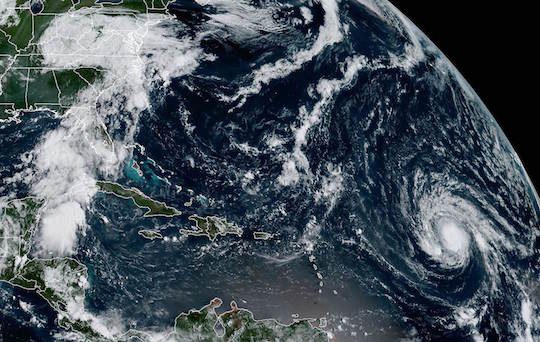 Catastrophe modeling firm Karen Clark & Company (KCC, Boston) has released RiskInsight-lite, a new modeling platform that the company says enables (re)insurers to track their claims and losses in real time from live hurricanes as well as estimate their Exceedence Probability (EP) curves, including PMLs and AALs at location-level resolution. RiskInsight-lite’s capabilities can be made available to insurers immediately and in time for Hurricane Irma, which is threatening to impact the Caribbean and the U.S. as a major hurricane. KCC asserts that it is the only modeling firm that has already estimated and released detailed industry insured losses for Hurricane Harvey, including estimates for the individual hazards of wind, storm surge, and inland flooding. KCC clients are able to use RiskInsight’s unique capabilities to estimate their own claims and losses from live hurricanes starting days before landfall, the vendor says.

“RiskInsight is an advanced open loss modeling platform that our clients use to build their own scientific models and to customize the Reference Model components such as the damage functions to accurately reflect their actual claims experience,” comments Karen Clark, CEO, KCC. “However, some companies haven’t yet licensed RiskInsight because they don’t believe they have the sophistication and/or the resources to fully leverage this powerful new modeling platform. With that in mind, we created RiskInsight-lite to provide only the capabilities of the other cat models plus RiskInsight’s unique real time event tracking capabilities.”

KCC notes that September—the peak month for hurricane activity—has only begun and meteorologists are already on the “I” storm. “Hurricane Katrina formed and made landfall at the end of August so we could be in for another season similar to 2005,” says a KCC statement.