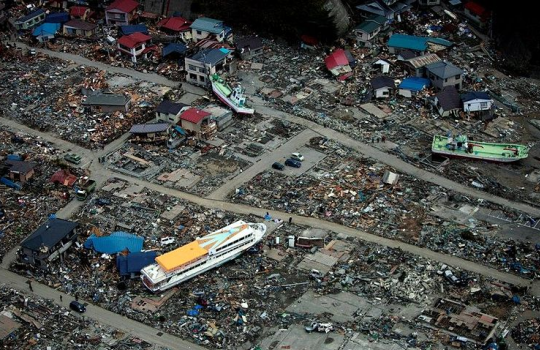 Karen Clark & Company (KCC, Boston) has released its new US earthquake Reference Model as part of the vendor’s RiskInsight open loss modeling platform. The earthquake model is based on the latest 2014 U.S. Geological Survey (USGS) report incorporating updated seismicity assumptions and ground motion attenuation functions, according to the software and consulting firm.

“We’re very pleased to be the first modeling company to incorporate the latest USGS information,” comments Karen Clark, KCC co-founder and CEO. “Our clients can see the new scenarios superimposed on their exposures to identify where they may be over exposed to future large magnitude events and where they have capacity to write more business. Along with obtaining the traditional EP curve metrics, insurers can estimate their losses from different return period events as provided by the USGS.”

KCC relates that the 2014 USGS report contains the results of the most recent research and scientific consensus on the earthquake hazard in the U.S. According to the report, lessons from recent events have highlighted the limitations of focusing on known seismic sources. The 2011 magnitude 9 Tohoku and the 2012 8.6 Sumatra events demonstrated that earthquakes can rupture beyond previously understood fault boundaries, resulting in larger rupture areas and magnitudes than expected.

KCC adds the following observations about the USGS report:

KCC’s RiskInsight comes with advanced visualization and mapping tools so all of the return period assumptions are visible to the model users, the firm says. The application has high-resolution ground motion footprints which can also be displayed and analyzed for each event in the catalog, according to KCC.

“The openness of RiskInsight makes external peer review possible,” comments Mark Linker, Senior Scientist, Fermat Capital Management. “Each modeling company will implement the USGS report differently. With the other models, I have to rely on the vendor model description. With RiskInsight, I can actually see and verify the model assumptions. What’s even more powerful is I can access and modify the RiskInsight Reference Model to test alternative assumptions and implementations.”

The new US earthquake model includes thousands of vulnerability curves representing different occupancy and construction types, height and year built bands, and building code assumptions that vary by region, KCC notes. As with the hazard component, all of the damage functions are visible and accessible within the vendor’s application.

“The RiskInsight damage function component is based on the latest engineering research and scientific data,” comments Nozar Kishi, Consulting Earthquake Engineer, KCC. “The vulnerability curves utilize spectral as well as peak ground accelerations in line with the current state of practice, and the available data on ground motion, damage, and loss from actual events have been used to validate the curves. And the RiskInsight damage function component is unprecedented with respect to the level of transparency.”

KCC reports that the RiskInsight earthquake Reference Model can be used to estimate losses on portfolios of properties along with individual policies and accounts. The model accounts for all fault-based seismic sources and implements gridded background seismicity to account for unknown faults, according to the vendor.

“The release of the new US earthquake model reinforces KCC’s investment in and commitment to the new generation of open loss modeling platforms,” adds Karen Clark. “With the addition of this model, RiskInsight includes Reference Models for peak peril regions accounting for 50 percent of the global insured catastrophe risk.”