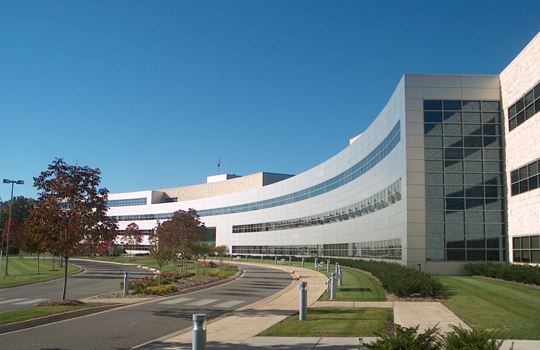 In the retirement products market, where quality of service remains a key differentiator, Jackson National Life Insurance Company (Lansing, Mich.; $191.5 billion in 2013 IFRS total assets) has maintained an edge through its Genius System, which enables associates in the company’s Service Center to expertly discuss product features and related issues specific to the needs of the customer on the phone. Jackson completed rollout of Genius for all its current product lines during 2013, a year in which the company enjoyed record sales and recognition from the Service Quality Measurement Group (SQM) for world-class call center certification and a Highest Customer Service by Industry designation.

Jackson seeks to stand out in various ways, including through its product offerings, speed-to-market and relationships with distribution partners. But the company takes special pride in its service, suggests Diahn McHenry, VP, Service Center. “We always look from the outside in to make sure that everything is clear and concise to our producers and end consumers,” McHenry says. “It’s extremely important to automate as much as we can and simplify, but when a customer calls with questions, it is of the utmost importance that we know exactly what they’re asking and can respond efficiently and accurately with the first call.” That imperative drove the development of Genius, which Jackson describes as an in-house developed digital reference guide that produces contract-specific information for its Service Center associates handling calls with producers and end customers. Built on technology from correspondence management software provider Thunderhead.com (Elstree, U.K.), Genius instantaneously sorts through thousands of client policies to produce rules-driven messaging specific to the caller’s contract. Genius debuted for Jackson’s fixed annuity line in late 2011, and by the end of 2013 covered all of the company’s currently sold fixed, indexed and variable annuities.

“Within the Thunderhead.com system, which houses all our content, we have rules that pertain to every product we have – for example whether or not you can take a withdrawal or add funds,” McHenry explains. “So if a person calls in and says that they are 55 and from the state of Michigan and have our Perspective II variable annuity product, Genius brings back only rules-driven information corresponding to that age, state and product.”

Genius delivers answers to service associates in seconds, with messaging designed to be in a conversational tone, according to McHenry. “We worked to make the design of the system highly intuitive,” she comments, “We anticipate what callers will want to know; for example, if they ask about making a withdrawal, we’ll deliver the six questions that they’re likely to ask.”

The system also factors in the potential influence of the time of year – e.g., tax season – or the time of life of the contract holder. Whatever the pertinent issues, McHenry says, “we want to make sure that we have presented the content in a way that is easily navigated by the associate.”

A better experience for the service associate translates to a better experience for the caller. During 2013 Jackson scored 90 percent of calls receiving the highest possible score by SQM’s criteria, compared to a financial services industry average of 76 percent. SQM found that Jackson’s service associates were able to resolve 87 percent of issues in a single call, compared to an industry average of 74 percent. 2013 marked the eighth year in a row that Jackson received SQM’s World Class Customer Satisfaction award.

2013 proved to be an outstanding year in terms of Jackson’s business results as well. The firm logged a record IFRS pre-tax operating income of $2.0 billion, an increase of 28 percent over the previous year. Jackson’s total sales and deposits also set a record at $27.3 billion, a 7.3 percent improvement over 2012’s results.

When it comes to the contribution that Genius makes to Jackson’s results, McHenry says that the Service Center isn’t resting on its laurels. The system continues to be enhanced with more information and rules, driving a more dynamic response to callers’ inquiries. “We’re maintaining our focus on a customer-centric approach to how we deliver all of our content, through Genius and other channels, as we explore how to continue to improve our systems,” she says. “We’re always looking to deliver a better experience.”