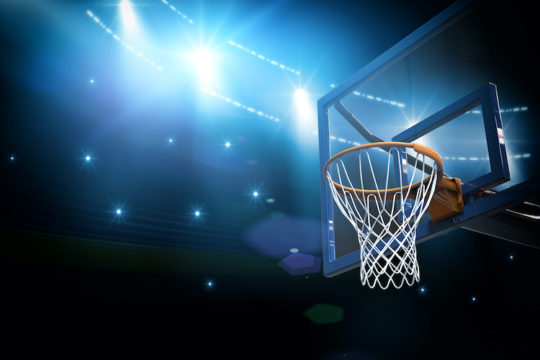 Many a startup dreams of the day it achieves IPO status. However, that’s not what’s going to be top-of-mind once that dream comes true, suggested Rick McCathron, President of Hippo in a conversation with Insurance Innovation Reporter at the InsureTech Connect 2021 event in Las Vegas. McCathron offered an analogy from sports about his perspective following Hippo’s Aug. 3, 2021 IPO: “We just got drafted into the NBA; now it’s time to start making the free throws—because if we miss them, we’re going to get cut.” 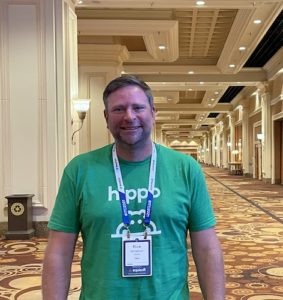 In late 2020, Hippo’s journey to becoming a public company got a major boost from a $350 million capital investment, announced in early Nov. 2020, from Mitsui Sumitomo, a subsidiary of MS&AD Insurance Group Holdings, Inc. (Tokyo). Hippo already enjoyed “unicorn” status after a $150 million Series E round, which closed in July 2020, but it was the MS&AD investment that really got the ball rolling for a public offering, according to McCathron.

In the months that followed, McCathron recalled, “we focused our efforts on going public—a decision that reflected our maturity as a company, proven business model, and strong growth and execution. As a public company, we could accelerate our growth and deliver significant, long-term value for our customers and shareholders.”

Earlier this year, Hippo made several notable C-level appointments. “As we continued to grow the business and diversify our homeowners insurance products and offerings, we recognized the need to bolster our executive leadership talent and brought on world class insurance leaders, litigators, data engineers and technologists,” McCathron said.

Hippo’s acquisition of Spinnaker Insurance (Bedminster, N.J.), announced in Aug. 2020 was another major milestone in strengthening the business, giving Hippo control over its capacity and underwriting future, according to McCathron. “However, we remain an asset-light organization and continue to partner with other leading underwriters such as Ally Financial [Detroit] and Incline Group [Austin, Texas],” he stressed. “A multicarrier strategy enables greater capital efficiency and customer segmentation.” Spinnaker received an updated rating of A- (Excellent) from AM Best this week.

Hippo’s primary focus remains on geographic expansion and customer experience as it pursues its mission of “holistic” home protection and protecting the joy of homeownership, McCathron said. “Our approach is to proactively protect a home through the use of smart home, preventative maintenance and proactive home services, with the objective of providing the best claims experience—which is avoiding the claim entirely,” he said. “To protect the joy of homeownership, you must provide risk mitigation capabilities and partner with the customer—doing what can be done to prevent things from going wrong, but being there if they do.”

Hippo provides a variety of “smart home” risk mitigation devices, offering both self-monitored and professional monitoring products through its partners including Notion, ADT, SimpliSafe and others,. These include sensors homeowners place strategically to detect water leaks, smoke alarms, movement or temperature changes in a room—helping to mitigate potential losses and catch small issues before they build into something bigger. The company has also expanded its use of smart home technologies through partnerships with home builders, which it piloted in 2019 with Miami-based Lennar.  “Lennar now installs a water shutoff device in new homes,” McCathron elaborated. “It’s a completely passive device that all but eliminates non-weather water damage in the home.”

The company is currently licensed to operate in 37 states, though McCathron acknowledged that its customers are still somewhat concentrated in states such as Texas and California. To illustrate Hippo’s efforts to diversify the customer base, McCathron noted that in 2019, two-thirds of its new business was in Texas, whereas only 19 percent of new customers were in that state by Q2 2021. Hippo has also diversified in Texas, having been over-saturated in the north of the state. “We’re writing in other parts of the state,” McCathron said.

Since the company announced its initial SPAC transaction in 2021, Hippo has continued to improve its underwriting results as it has continued its geographic expansion, and its leadership increased its guidance during its Q2 earnings call, McCathron noted. The company also plans to add new products as it continues its growth trajectory.

“We’re very confident in our future of protecting the joy of homeownership for our customers who have adopted our holistic home protection model and by supporting it with ever increasing growth and enhancedunderwriting results, we’ll be able  to continue to reach  customers in a diversified way,” McCathron concluded.