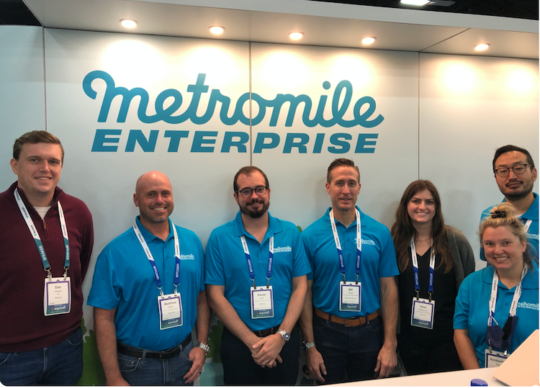 When Metromile (San Francisco) first came on the scene nearly a decade ago as one of the first InsurTech distributors, its principal innovation was one of product, offering motorists the ability to pay by the mile using telematics. Metromile was providing more than just an innovative product, however, as it sought at the same time to develop a better customer experience and, in particular a better claim experience. Having successfully provided that experience for some years, Metromile recently created its Metromile Enterprise Solutions subsidiary to market its touchless claims process to other insurers. IIR spoke to Metromile CEO Dan Preston about the SaaS-based business group of Metromile at the Insuretech Connect 2021 event in Las Vegas earlier this month.

Metromile Enterprise’s story begins around 2018, by which time Metromile had gotten deep into building a better claim experience, in the wake of its acquiring an insurance carrier in 2016. One of the problems Metromile identified was that, in the case of an insurance claim, the claimant was typically interrogated by the claims adjuster and the facts of a given accident were ascertained through a series of “he-said-she-said” interviews. Conflicting reports resulted in more investigation, which increased operational costs and delayed the paying of claims.

“We use telemetry to reconstruct the accident scene and use that to determine whether the claim can be fully automated or needs to go to an adjuster,” Preston explained. “That led to our building a full suite claims capabilities to lower fraud and automate claims.”

Claims as traditionally been a highly manual, high-friction experience for policyholders, and by combining telemetry and digital experiences, Preston says Metromile saw an opportunity to vastly improve both efficiency and customer experience. “We identified this as an opportunity to effectively white-label and sell our claims capabilities as an enterprise software solution,” Preston added.

Metromile Enterprise’s touchless claims process begins by evaluating a case at first notice of loss (FNOL) whether the customer’s account is consistent with the telemetry. If so, Preston said, the claim can be approved instantly. The overall experience is supported by digital capabilities, including natural language processing.

“We began to see that, at a basic level, telematics has been a kind of ‘shiny object,’ but that programs lacked fundamental processes that were digital,” Preston said. “Hence, our digital FNOL based on answers.”

Metromile Enterprise’s debut customer in 2019 was Tokio Marine for personal auto. The company now serves other lines of business, and its clients now include Farmers—for its Toggle digital insurance product, Northwestern Mutual subsidiary Legacy Insurance, and Buckle. As of the last completed quarter of 2021, Metromile Enterprise had roughly $4.5 million in revenue.

“Over the next year, you’ll see us expanding market share in insurance companies both large and small,” Preston said. “We have a compelling case for companies in the $1B range, with limited technology budget. Our team has taken away the pain of integration—which we’ve shown can go pretty quickly.”

One of Metromile Enterprise’s most compelling features is the inclusion of tools that let clients configure solutions, Preston asserted. “An insurer can dynamically change business flows without grand change management efforts,” he said. “Over time we’re finding problems that we addressed in auto have an immense relevance for other lines of business.”