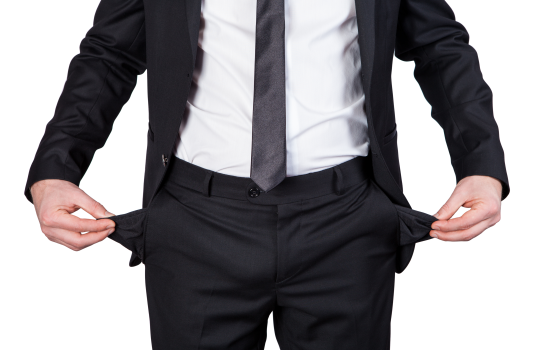 Auto accidents remain a regular, costly—and often tragic—part of everyday life. However, a variety of factors—including collision avoidance, telematics and autonomous vehicle technology—are combining to reduce the frequency of auto accidents, and with them the number and size of claims. This would have interesting effects on pricing and overall premium received by insurers even if the decline were slight. A new Celent report suggests that the decline will be significant over the next 15 years—and eventually catastrophic.

The new report updates Celent analyst Donald Light’s original opus, a cautious treatment of the question titled A Scenario: The End of Auto Insurance—What Happens When There Are (Almost) No Accidents. The newly published report The End of Auto Insurance—A Scenario or a Prediction, takes a less speculative tone. While the new report sees autonomous vehicles as having less effect between now and 2030, Light sees a greater impact on claims and premium as a result of telematics programs and collision avoidance technology—or Advanced Driver Assistance Systems (ADAS).

ADAS includes a range of capabilities designed to mitigate the risk of accidents, including the following:

These systems are filtering into the existing fleet of cars on the road and will all have reached a 40 percent threshold of adoption by 2026, Celent reports. Their impact will be significant because they address the main cause of accidents—driver error—and specifically the types of errors that drivers make more often.

Collision Avoidance Will Impact Insurance Premium Before Driverless Cars Do

“The main causes of accidents have to do with driver’s errors of recognition, decision, performance—and these are exactly what ADAS is designed to mitigate,” Celent’s Light comments.

The effects of ADAS can be profound for several reasons. One is that these technologies can reduce speed rapidly than can humans, which can significantly mitigate the severity of a collision and thus the damage and injury associated with it. The effect increases geometrically when two cars are equipped with ADAS, increasing the probability of any collision happening at all. The threshold of 40 percent of the fleet having ADAS will have a significant impact, and it may be further reduced by vehicles networking with each other and, in some places, with the driving infrastructure itself.

The Longer-Term Threat of Autonomous Vehicles

Autonomous vehicle technology removes human error entirely, and thus can be expected to impact claims and premium more profoundly, according to Light. However, the fleet is not expected to have a critical mass of autonomous vehicles during the period covered by the Celent Study. “After 2030, I think driverless cars will be the main threat to the auto insurance industry,” he says. In the meantime, telematics-based insurance programs will combine with ADAS to have the greatest effect. Telematics-based UBI has existed since the early 2000s but was slow to catch on, but consumers views about information has changed, especially among younger people, Light says. “From 25 percent to 50 percent of policyholders at large auto insurers are opting into telematics programs,” he reports.

Consumers increasingly see the appeal of a 5 to 10 percent discount just by checking the box; and insurers are now pitching all customers on their opportunity for reduced premium, Light says. The advantage to carriers with telematics programs is that they have a better understanding of the risk that an individual insurance applicant presents—so they can price that risk more accurately. Insurers with less understanding of the risk are likely to overprice the business and lose it. Or, even worse, Light explains, they could underprice the risk and experience greater losses than they priced for. “And that is the exact definition of adverse selection,” he comments.

The benefits of telematics programs go even further than the initial self-selection of program participants. They also serve as a platform for delivering feedback to drivers directed at improving their performance. By responding to incentives provided by the insurer, drivers may be able to earn further reductions in premium through improving driving performance as measured by behavior monitored by phone-based apps, for example. Smaller rewards also may be offered through apps using gamification. These interactions also potentially have the value of engagement that deepens the insurer/customer relationship and fosters retention.

“Insurers can also offer additional services, such as roadside assistance, or reminders about auto maintenance and recommendations for repair shops, and also coupons for Starbucks for doing such a good job driving during the month,” Light elaborates. And then there is the carrot of further reductions if the driver can maintain good driving habits over the life of the policy.”

Benefits of telematics and driver behavior management programs are even more compelling for commercial fleet customers, where the business has an incentive for managing the risks presented by drivers. “Businesses want to track where drivers are for efficiency reasons, but they also want safer drivers because accidents hurt the bottom line,” Light affirms. “The bigger the fleet, the more likely it will adopt a fleet management program with a telematics aspect.”

Light stresses that the report is based on a model, and that the output of a model is dependent on the validity of its parameters. Two of the parameters of the model—telematics and ADAS are already in common use, though driverless cars are still in the R&D phase. Other factors could cause a more rapid decline in auto premium, such as networking and the synergistic effects of ADAS-equipped cars as they grow more common. Light also allows for the possibility of factors outside the model, a discussion of which he includes in the report.

However, he insists that it’s likely that auto insurers will see their business shrink within the next 15 years. Their choices as they hit that milestone are as follows, as referenced from an earlier Celent report, Can a Fixed Cost Property/Casualty Industry Survive the Internet of Things, published in March 2016: