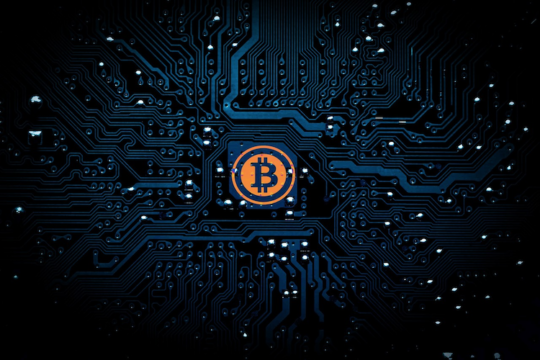 The first cryptocurrency, famously known as bitcoin, resurfaced the market after the global economic crisis in 2008, where coins were losing value. This initiative aims to create a new way of payment without the control of the government or any financial institution.

Since then, cryptocurrency has grown so much as a digital currency. We have seen the high and low points of its heyday, and the sound it once created to upend the financial industry we knew still reverberates.

The maturing market of cryptocurrency has been capturing the attention of different industries even before. Following Tesla’s recent bitcoin purchase, it gained more traction, deepening the public’s interest and attracting more and more business sectors.

It definitely has gone far beyond banking. Many companies are looking at Blockchain, the technology that enables the existence of cryptocurrencies, as a tool to drive transparency and accuracy across digital systems—such as the B3i initiative for example. Major companies such as AXA (Switzerland), Microsoft, and Starbucks embrace cryptocurrency as a form of payment.

What are cryptocurrency and blockchain?

Cryptocurrency is a decentralized digital and encrypted money based on blockchain technology. It is neither commodity money nor fiat money, but it can be used to buy everyday goods and services.

Blockchain is an open, distributed ledger that records transactions of the public in several databases in a network connected through peer-to-peer nodes.

In simple words, blockchain is like a strongly encrypted spreadsheet and shared among all cryptocurrency users to create a unified transaction record. Every transaction in this ledger is authenticated and logged as it happens and is safeguarded to ensure security.

The technology that blockchain has opened endless opportunities and use cases aside from serving as bitcoin’s fuel. It can power industries often faced with inefficiency, cyberattacks, and human-caused errors like insurance.

Cryptocurrency and Blockchain in Insurance

Blockchain has a huge potential to unlock the hinges of underwriting, automation, and verification to outdated and time-consuming business processes. Insurance companies like AXA, Lemonade, Allianz, and many more have already taken the first steps in exploring the technology.

Smart contracts are among the first technologies underpinned by blockchains in the insurance industry. It allows users to transfer anything of value to their insurers without the interference of a third party with full transparency. It is faster, cheaper, and safer compared to the traditional documents used in insurance.

Lemonade uses this technology to immediately verify the loss to have the customer paid instantly after a claim was made. The co-insurance platform Teambrealla also uses smart contracts to lock their customers in an agreement to vote and execute payment for each share of their teammates directly from their personal Ethereum wallet.

Aside from claims management and peer-to-peer insurance, blockchain is also a great help in fraud detection and risk prevention. ChainThat, a commercial insurance platform, uses blockchain in its framework to streamline operational processes. It allows them to detect patterns of fraudulent behaviors, identify duplicate transactions, which strengthens the integrity and delivers efficiency.

The Swiss subsidiary of the French insurance giant AXA is not alone in starting to accept Bitcoin for payments. Auto Insurance quoting site Insurance Panda (New York) happily announced last February of 2021 its support for cryptocurrency by accepting it as a payment for their premiums. Another auto insurance company Metromile has also expressed its plan to adopt bitcoin to offer more premiums and claims payment choices.

Then there is the first insurer to test the waters to invest into bitcoin—as 170 year old mutual insurer MassMutual in December 2020—investing 100 Million USD of its general investment fund.

The Future of Blockchain and Cryptocurrency

Investment and usage of cryptocurrency by users are steadily increasing in today’s trade market. Although its inception is filled with distrust and doubtful ears, cryptocurrency is steadily rising as many companies are now engaging and investing.

To date, many are still developing new cryptocurrencies. Companies are trying to create their own in hopes of sharing this side of the trade world’s profits. The famous photography company, for example, Kodak, developed their own cryptocurrency called KodaCoin.

There are a lot of experts who think that the future of cryptocurrency is well-lit. In some calculations, in fact, a rise of a total of up to $250,000 in just five years.

New promising innovations will enter the market soon, and blockchain can have a massive contribution to it. While the full potential of blockchain is yet to be revealed, its far-reaching applications, in combination with adjacent technologies, has the potential to transform every industry—including insurance.