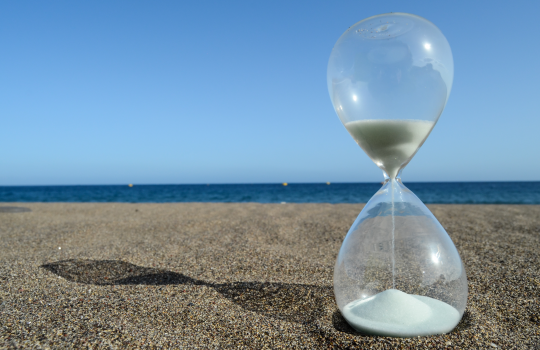 Among the potential advantages of the Internet of Things (IoT) for P&C insurers is that it will refine loss control capabilities in commercial lines and introduce the concept into personal lines. According to a new study by Celent (Boston), Can A Fixed Cost Property Casualty Industry Survive The Internet of Things?, those capabilities will ultimately result in significantly reduced losses—a welcome result in the short term but one that will drive a proportionate decline in premium over time. At the same time, fixed expenses that do not decrease proportionately with premium will undermine profitability. In order to maintain revenue, profitability or both, according to the study, P&C insurers will have to choose among five strategic options—none of them easy or guaranteed to succeed.

Limiting losses is an obvious good for an individual insurance carrier, but IoT-driven loss control will lead to an inflection point at which the industry-wide effects of loss control become, in effect, too much of a good thing, according to Donald Light,  a Director in Celent’s North America Property/Casualty Insurance Practice and author of the study.

“Traditional loss control does a very good job working on the margins of preventing losses, but the IoT puts loss control at a much higher level, and that’s where the economics start to change,” Light says.

The IoT combines networked sensors, data stores and analytic capabilities which together enable a deeper understanding of the causes of losses, Light explains. “The difference with the IoT is that instead of the traditional one-time, backward look at conditions that give rise to losses, networked sensors provide a continuous view into situations that can create losses,” he elaborates. “This provides more fundamental insights—into root causes versus proximate causes of losses.”

Insurers have traditionally based underwriting and claims on apparent or proximate causes, but the IoT, through analysis of sensor-generated data and feedback/control processes, will enable decisions based on root causes, Light writes. He provides the example of an equipment breakdown. The apparent cause a claims adjuster might have identified is an overheated crankshaft; however, in an IoT ecosystem, analysis of sensor data would reveal the underlying cause of lack of period maintenance and downtime. With the IoT, in other words, insurers can not only identify root causes, but they can establish a feedback loop that enables them to trigger loss-preventing interventions during ongoing sensor-based monitoring.

The P&C industry’s exposure is demonstrated by the fact that the premiums it relies on are highly concentrated in just six lines of business—private passenger auto, commercial auto, homeowners, workers’ compensation, commercial multi-peril, and other liability policies. These lines of business are vulnerable to a two-step process whereby losses are reduced and premiums are lowered by the influence of the IoT, according to the Celent study.

The trouble for insurers is that in while the monitoring and feedback capabilities of the IoT inexorably reduce their losses—and begin to drive down premium—they remain saddled with significant fixed costs, which will erode profitability in the scenario described by Light.

Within a one-to-five and five-to-ten year time horizon, the P&C industry will remain largely a fixed cost industry, according to the Celent report. That being the case, insurers will be forced to choose one of five options  (see enlargeable chart below right) to manage their operating costs relative to declining premium, according to the report:

The report notes that, “none of the choices facing property/casualty insurers are easy or guaranteed to succeed.” Nevertheless, choices must be made, and some signs of change are already visible.

For example, some carriers are already making early moves to reposition their strategies toward the fifth option, according to Light. “The problem is whether the value policyholders place on being safe and secure will replace enough of the insurers’ top line revenue such that profitability is maintained,” he cautions. P&C insurers must choose from among five options. Click to enlarge.

With regard to the “stay big” option, Celent observed 15 mergers during 2015, the largest being that of Ace and Chub. “I won’t say that the IoT was a major consideration in this activity, but it could be on the list and probably will be higher on the list in time,” Light notes.

The option to “go totally variable” will be the province of startup ventures, according to Light. “Having costs that are responsive to premiums is part of their business model,” he says.

Going small may be a viable option for small and midsized mutual, such as farm bureaus and auto clubs—the latter already having a business model heavy on services, if not of the IoT type, Light contends. However, the middle option of being mostly variable is where most market incumbents will find themselves, he says. “There are ways to do this, for example, sell your building and lease it back, trade FTEs for part-time contractors, use software-as-a-service rather than perpetual licensing, an in the cloud rather than on premise,” Light suggests.

A Question of Time

The validity of Celent study depends, of course, on the premise of the IoT cutting losses in a dramatic way, Light acknowledges. “If it doesn’t, you can tear up this report,” he says. However, if it does, the remaining question is the pace at which change occurs. Light opines that it’s not likely that reduced losses will happen earlier than the 10-year upper-limit time frame the study proposes. “I don’t think the time frame could be much faster, with the exception of auto insurance,” he says. “I think the use of IoT data and analytical insights will change pricing fairly slowly across other lines of business. If that happens faster, then the timeline for profitability erosion shortens.”

But assuming the IoT does impact losses, then given enough time, P&C insurers will be forced to adapt to the effect fixed costs will have on their profitability, Light concludes.