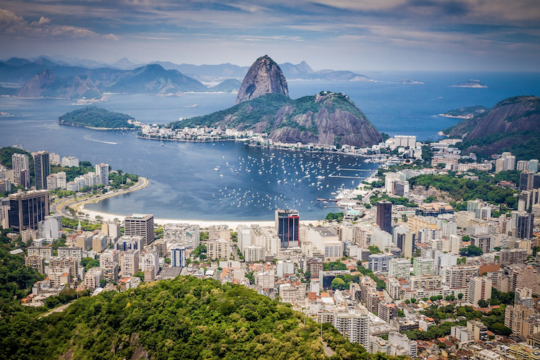 This year Insurance Innovation Reporter and Celent have renewed a collaboration to recognize outstanding executives who have used technology in innovative ways to gain competitive advantage  in five regions of Latin America—Mexico, Central America and the Caribbean, Brazil, the Andean Region of South America, and the Southern Cone of South America. The honorees were chosen by a panel of judges with extensive expertise in Latin American insurance markets and technology, including Denise García Ocampo Senior Advisor, Bank for International Settlements, Juan Fernando Serrano, CEO, Latinoinsurance; and Juan Mazzini, Senior Analyst, Celent. This year’s honorees are interesting for their emphasis on digital transformation, though with their individual focus tailored according to their unique product, market, distributor and customer needs. Their achievements show how the Latin America region has significantly caught up with North America and Europe in its use of major technology areas, including cloud infrastructure, vehicle telemetry, Agile methodology and the creation and deployment of digital subsidiaries. They are also interesting in that the majority are business rather than technology executives in terms of their professional training, and that while they are not necessarily the biggest companies in their markets they have deployed some of the most advanced capabilities, working with the most innovative business and technology concepts.

In 2017 the San Cristóbal group (Rosario, Argentina) of companies decided that it had to meet consumers’ rapidly evolving demand for digital products and services. The enterprise chose Nicolas Renzi to be part of a team to lead a two-track strategy including the launch of Argentina’s first fully digital auto insurer—Iúnigo, as well as a broader digital transformation supported by the creation of a “digital factory” capable of producing the products and services that consumers demand.

Renzi joined San Cristóbal in 2011 as head of business intelligence. The company sought a digital leader internally and named him Chief Digital Officer because of his understanding of the business, as well as his ability to develop strategy and build teams. Renzi sees technology as merely the means to implement solutions that flow from a better understanding of the needs of the business, distribution partners and, most importantly, the end customer.

Renzi saw the need to complement internal talent with digital skills from outside the organization. San Cristóbal’s digital factory, today consisting of more than120 individuals and 14 teams, has brought in new capabilities, such as advanced analytics and other tools capable of processing large volumes of data, as well as expertise in digital business customer journey design, and new development techniques and methodology.

San Cristóbal launched Iúnigo in June 2018 and has debuted a variety of digital capabilities for that business and others within the group, including online quoting for both auto and home. The company launched microsites for agents in mid-2019 and a telemedicine system in March 2020 to address needs created by COVID-19. The company won a Celent Model Insurance award in March 2020 for fraud detection utilizing artificial intelligence.

The Five Stars Award recognizes Oscar Salgado’s role in driving the alignment of business and IT to support innovation and digital transformation at GMX Seguros (Mexico City). As a result of his work, GMX has emerged as a leader in its specialty of non-auto damages.

In 2012, GMX Seguros was at a crossroads. Having previously run technology from operations, the company needed a technology to manage a core system replacement—a task made more urgent by Solvency II requirements. Salgado was selected to run IT based on his general background, as well as specific experience in systems migration.

Salgado successfully managed the core system replacement within an 18 month requirement. He instituted a Strategic Project Management Office for the entire company and developed an IT roadmap for 2020 that called for the reduction of complexity in the IT environment, increased security in electronic devices used by associates, and changing the profile of IT staff by adding significant business expertise. In parallel with the core system initiative, GMX now uses a single database as a source of information.

GMX’s digital transformation initiatives have reduced document storage, increased fraud prevention, and reduced claims payments from an average of 30 days to 2.5 days. The insurer now produces 35 percent of its policies automatically reducing agent response time from 20 days to five minutes. The company has won awards for innovation and has been recognized as the ideal insurer by Mexican trade magazine Yo, Agente. GMX has risen from position 488 to 365 on a list of most important companies in Mexico, and it has gone from MXN$2 billion in premium to $6.5 billion premium from 2102 to the end of 2018.

Icatú Seguros, a provider of life insurance pensions and capitalization products across Brazil, needed to transform its technology environment in order to remain competitive in the long run. Icatú had had enjoyed 28 years of growth through distribution partnerships with brokers, banks, retail stores and other entities that were integrated with the insurer through a legacy technology environment that exchanged data through FTP. The insurer’s leadership called on business veteran José Loureiro to lead a digital transformation based on a new architecture model based on APIs.

Loureiro has over 25 years of experience in the insurance industry, having worked in many business areas, including finance, compliance, governance and project management. He joined Icatú in 2007 as the head of internal audit. He went on to be director of governance, compliance controls and audit, and was later given responsibility for operations and technology. In November 2016, the company’s leadership authorized Loureiro to lead a transformation of business and technology model away from the FTP-based legacy environment. By the end of 2017, Icatú had begun development of an API portal.

Seeing culture as of critical importance, Loureiro built teams combining new business and technology skills with the existing ones and drove an exchange of ideas to get to a point where there was no longer a distinction between the “old” and “new” teams. His organization built an analytics lab dedicated to developing predictive models for purposes of product development, services and brand management, and which is now being used to explore personalization of product.

The launch of the API-first architecture enabled Icatú to be the first company in Brazil to offer fully digital pension products. Having transformed into a digital company, Icatú enjoyed growth in all lines of business during 2019.

Eduardo Rojas, VP of IT and Digital Transformation and CIO, Grupo Universal (Central America and Caribbean)

Eduardo Rojas arrived at Grupo Universal (Santo Domingo) in May 2017 on a mission of technological and digital transformation. While a powerful brand with 55 years of history in the market, the company was in need of technology modernization and needed to reinforce the confidence of consumers on a modern, digital level. Trained in software engineering, business architecture and technology strategy, Rojas’ career of more than 20 years spans several industries and several senior consulting and CIO roles. As a leader, Rojas believes in imparting discipline through spirit of participation within a culture of change. He sees communication with stakeholders as critical for success in any transformational process. 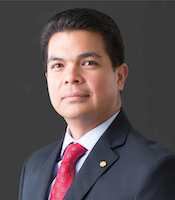 Eduardo Rojas, VP of IT and Digital Transformation and CIO, Grupo Universal.

During three years, Rojas drove a transformation at all levels of technology including hardware, software and communications. He introduced a new, digitally focused culture, new best practices and new methodologies, including agile development—which now accounts for 80 percent of the insurer’s development efforts. Rojas has created an Agile Office, which manages the practice of Agile development within Grupo universal; the company’s existing PMO now manages only non-technology initiatives through traditional project management methodology.

Among Grupo Universal’s most important technology achievements are the implementation of disruptive technology for storage, a redesign of its communications network, and implementation of VM Ware to virtualize the insurer’s entire platform. The insurer also replaced a data center with 250 servers with a 60 square meter footprint with a colocation option with a single rack occupying 10 square meters with latest-generation technology based in hyperconvergence.

Owing to its technology transformation, today Grupo Universal operates at a global standard of service delivery, whose technology team is well-integrated with the business and occupies a seat at the leadership table as a strategic partner.

At Seguros Equinoccial in Quito, Ecuador, CEO Andrés Cordovez personally takes responsibility for innovation and digital transformation. He has been the leader of an eight-year transformation initiative that has yielded differentiating capabilities such as AutoConectado (AutoConnected), a completely digital and telemetry-powered suite of insurance coverage and services, and the development of cognitive subscription unique in Ecuador, if not all of Latin America. 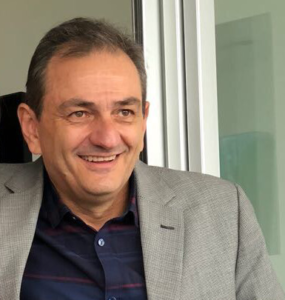 Cordovez advocates a digital insurance vision that places the customer at the center. While insurers have complained that the public lacks insurance culture, Cordovez believes that the problem in the digital age is that insurers lack product culture. The world has changed, but the insurance industry clings to business concepts over 100 years old, according to Cordovez.

Seguros Equinoccial achieved full digital capabilities by 2019, permitting customers to complete all transactions digitally online, including quoting, inspections, closing, payment and signature—all without disintermediating brokers and agents. The insurer’s Auto-Conectado offering combines the eponymous app with insurance coverage, using telemetry to enable discounts and other benefits based on driving behavior. The app also enables a variety of services, including accident alerts to the insurer, telephone assistance, mechanical assistance, ambulance and other transportation services. Seguros Equinoccial’s cognitive subscription uses artificial intelligence and machine learning to enable quoting and pre-issue of policies within six seconds.

Cordovez has worked in the insurance field for 38 years, joining Seguros Equinoccial in 1997 and leading its growth to become one of Ecuador’s leading insurers.