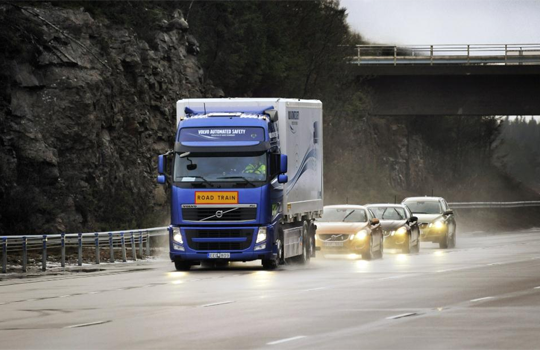 Willis’ Transportation Outlook begins with the observation that insurance has been the means through which transportation hazards could be addressed, enabling boundaries to be pushed, and helping people to risk traveling further and faster. Meant literally, it could also be a metaphor for insurance in the digital age. The report’s observations on smart vehicle technology provide yet another input on the impending technology-driven transformation of auto insurance, while also suggesting what data will do for insurance at large, and its evolving role in society.

Willis notes a variety of technologies that have improved efficiency in the world of motor transportation. For example, both lighter construction materials and electric motors that harvest energy from braking can improve fuel efficiency. Willis also reports on plans to build roads that could pay for themselves through capturing solar energy with panels that can withstand the weight of the heaviest trucks.

More interesting for insurance is the example of vehicle “platooning” which can enables a caravan of vehicles to be linked electronically via through some combination of radar, GPS and wifi, and controlled by a single driver. Volvo and other manufacturers are already working on this capability, which not only has the potential to reduce the cost of employing fleet drivers, but increases fuel efficiency through the vehicles’ traveling closely together at uniform speeds, according to Willis. The technology, has the additional benefit of minimizing congestion – another source of transportation inefficiency. The European Commission-funded Volvo SARTRE Project (Safe Road Trains for the Environment) has the objective of supporting technologies and strategies that will enable unaffiliated private drivers to connect in “platoons” that operate on normal public highways, and thus bring significant environmental, safety and comfort benefits (see video below). Such technology also provides what Willis calls a “huge safety benefit” by reducing the number-one cause of vehicle accidents: human error.

Observers of the automotive and auto insurance industries continue to ask when autonomous cars will become commonplace, but Willis’ report confirms the notion that vehicle automation is a continuum of change rather than an all-or-nothing proposition. Early steps of vehicle automation included anti-lock brakes and cruise control, according to Raj Rajkumar, Director of Carnegie Mellon’s Transportation Research Center, whom we quoted recently. And, as IIR has reported, collision avoidance will impact insurance premium before totally autonomous driving will.

Until recently, vehicle safety technologies were on-board measures, ranging from the above mentioned early steps to things like back-up cameras, radar and LIDAR (light detection and ranging) are not the only ways technology. While on-board technologies continue to mature and spread to more types of vehicles, other safety technologies follow the interconnected model of platooning.

Willis quotes Inrix, a traffic information provider, as reporting that 100 million vehicles globally are already providing “smart” data, while roads and traffic signals are increasingly being embedded with sensors as part of the “internet of things.” Large numbers of traffic monitoring cameras play a role in identifying causes of congestion and providing insight to how the flow of traffic may be improved, and collection and analysis of the data they provide is improving, allowing real-time traffic-flow mapping to support better traffic control decision-making, according to Willis.

Many new cars are being fitted with SIM cards that enable communication with other vehicles and with transportation infrastructure, according to Willis. “If a car skids on an icy road, it can convey that information to other vehicles to warn them of the conditions, to traffic-control systems which could change signals to slow traffic and, if necessary, contact the emergency services,” the Willis report relates. “Such technology also works in less dramatic circumstances, simply providing a picture of the state of traffic at any particular time. Studies show that simply giving drivers access to traffic data can cut congestion by 10 percent.”

“Smart” technologies and the Internet of Things have significant potential to reduce transportation risks, which in turn has the capacity to impact insurance underwriting, claims and premium. Thus the Willis reports observations are important for carriers who underwrite auto/motor policies. However, many of the report’s observations are suggestive of what these technologies can mean for property risk – and insurance – generally. The Willis report addresses risk, but it shows how closely safety is associated with questions of efficiency and convenience. It also shows a world in which data is generated and collected both to better understand risk and prevent loss through cumulative observations, but also to proactively avoid loss through real-time observations. In such a world, for mobile or immobile property, the importance of insurance-services may rise as the incidence of claims declines, whatever the pace of change.

Below: Volvo SARTRE program video and, lower down, a video on commercial platooning by truck manufacturer Scania: