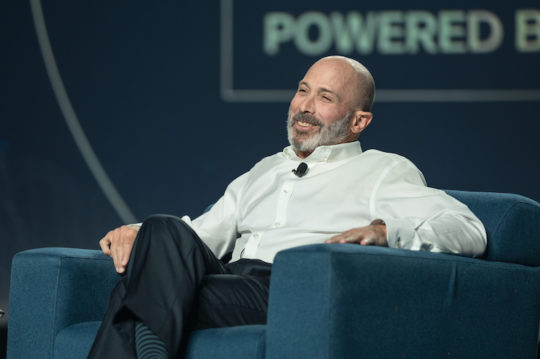 Last week at InsureTech Connect 2021 in Las Vegas, during an on-stage conversation with Munich Re board member Lisa Pollina, Chubb CEO Evan Greenberg commented that InsurTech promises of transformation are “just hype.” With that, Greenberg put a spotlight on a debate that has been percolating since the term “InsurTech” was first coined around 2010.

There is no way to know whether Mr. Greenberg’s comments were meant to provoke and engage the audience—made up mostly of entrepreneurs, InsurTechs, investors and insurance industry leaders—or whether Mr. Greenberg meant exactly what he said as dismissively as it sounded. Either way, he was mostly wrong—and a bit right.

Not only does our industry use the term InsurTech inconsistently, but we can’t even agree on how to spell it – “InsurTech” or “InsureTech.” Let us agree that InsurTech refers to the use of technology innovations designed to significantly reduce cost, increase efficiency and improve customer experience in legacy insurance industry models.

Insurtech is a combination of the words “insurance” and “technology” and was inspired by the earlier term “fintech” which has now spawned an entire generation of “____tech” abbreviations including in our own industry, ClaimTech, PropTech and more.

Regardless of how you spell it, entire global ecosystems have emerged to finance, support and service the global insurtech industry from accelerators, incubators, college programs, conference and networking events and dedicated media sites and publications to new investment funds and models.

Evidence that InsurTech is Real

The word hype is a shortened form of hyperbole which implies a misleading exaggeration of something’s importance or benefits. The InsurTech phenomenon is many things but definitely not hype. InsurTech is a movement and it is very real and highly transformative.  One good measure of its importance is the success of the very event where Mr. Greenberg offered his comments. Over 6,000 of the faithful braved the lingering risks of a pandemic to make the pilgrimage to Las Vegas.

The underlying conviction driving founders and backers of InsurTechs is that the insurance industry is ripe for innovation and disruption. InsurTechs explore opportunities that large conventional insurance firms are less interested in or equipped to exploit, such as offering hyper-personalized insurance policies, usage-based and parametric insurance, and using the new volume of data streaming from IoT enabled sensors and devices to price premiums more dynamically and contextually.

Included in the ITC audience were a healthy number of current and potential InsurTech investors whose industry is wagering tens of billions of dollars of capital on these starups’ prospects.

In a March 2021 Gartner report titled “Top Trends in Insurtechs for 2025,” distinguished analyst Kimberly Harris-Ferrante identified two distinct categories of InsurTechs—challenger insurers and emerging solution providers—and went on to predict that both “will continue to gain traction and reshape the insurance industry through 2025.”

One might argue that the challenge insurer category includes some InsurTechs who do not as yet pose a real threat to conventional insurers—Root, Lemonade, Metromile and even Hippo come to mind. To date, their stock market performance has been disappointing and this could well be the category of InsurTechs for which Mr. Greenberg’s comments were intended.

However, the InsurTech category of emerging solutions providers has not for the most part disappointed. Many of these companies have provided attractive exits to their founders and private equity and venture capital investors as they have taken themselves public, merged with competitors or been acquired by conventional insurers.

Greenberg Was Right, But Only in Part—and Only For Now

If Mr. Greenberg meant that technology and hype does not change the fundamental fact that insurance is at its core the art and science of taking risk, then perhaps he was right—in part. It’s hard to argue that a company formed in the past ten years or less could have the depth and breadth of experience as one that has been in this complex business for a hundred years, or that it can meaningfully compete with one of the largest and best capitalized competitors in the industry. Consider that only days after Greenberg’s comments, Chubb announced their acquisition of Cigna’s Asia business to increase their A&H market reach for $575 billion in cash. Therefore, one would concede that conventional insurers are best at the “art” aspect of risk taking.

But as far as the value of experience in the “science” part of risk taking, legacy approaches and models could actually become the Achilles heel of incumbent carriers. New technology-enabled information sources such as connected cars, homes and people coupled with artificial intelligence and machine learning are replacing previously retrospective underwriting and pricing models with real-time, contextual and dynamic data models that enable insurers to price risk more accurately, fairly and ultimately more competitively and profitably.

The InsurTech movement is real, important and quickly evolving. It can be described in many ways—but not as mere hype.