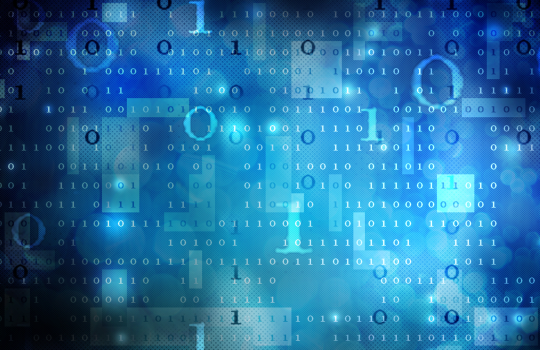 Several leading insurance core system vendors have added data and analytics capabilities to their integrated suite offerings in recent years. Insurity (Hartford) has taken this trend to another level with the creation of a separate business unit based on its Insurance Enterprise View (IEV) product. This strategic move reflects both insurers’ need to create a more data-centric systems environment and vendors’ need to diversify revenue streams. However, it also represents the specific qualities of IEV which have driven its notable success. In its announcement of the new division’s launch, Insurity touts IEV as the market leader for data integration, reporting and analytics for the property/casualty industry. Since its introduction in 2011, the solution has been licensed by 32 clients, with 25 currently in production—representing a growth rate of over 200 percent annually. The division will be led by Bruce F. Broussard, Jr., who has been promoted to senior VP and general manager.  Broussard has been IEV’s lead evangelist, product strategist and sales executive since joining Insurity in 2012. Brenda Burns, who has guided IEV’s development and client delivery capabilities through the system’s growth, will continue as VP, operations.

One of the chief differentiators of IEV is that it was designed to be a standalone offering. Built on non-proprietary ACORD standards, the system was conceived to integrate easily not only with Insurity’s core system suite but with any other vendor’s policy, billing, claims, reinsurance, and general ledger applications. IEV currently has integrations with more than 100 applications. IEV can also be deployed as a solution, strictly speaking, or as a software asset, according to Insurity.

“We’ve seen vendors’ core systems expanding from policy, billing and claims to adding digital and portal capabilities on the customer-facing side, and on the back end data infrastructure and analytics,” comments Monique Hesseling, a partner in research and advisory firm SMA (Boston). “Insurity’s market-leading IEV offering is a sign of the maturity of the market segment for data solutions, and the launch of the new division shows the confidence Insurity has in their data and analytics offering—what we see more often in the market is that a core system provider buys a data and analytic solution and then tries to integrate it with their existing suite.” As a measure of the insurance industry’s appetite for data solutions, Hesseling cites recent SMA research showing that 71 percent of recent deals for implementations involving more than policy administration systems have included data and analytics capabilities as part of the project. SMA reports that this year was the first that their research revealed that insurers are choosing off-premise implementations over on-premise—at a proportion of about 60/40. “This is something IEV does well, so it helps their cause,” Hessling remarks.

SMA also found that transformation projects involving data and analytics tend to be undertaken by smaller insurers rather than Tier One carriers. “That also supports the market attraction of a solution such as IEV that fairly seamlessly and out-of-the box provides data and analytics capabilities as part of a core systems transformation,” Hesseling says.

Designed for the Uncertain Future of Data Analysis

Insurity describes IEV as supporting commercial, personal and specialty lines, with out-of-the-box support for over 30 lines of business. IEV also appeals to the full range of P&C insurers—seven clients are Tier One carriers, and 13 are Tier Four (less than $250 million in direct written premium). The system manages transaction-level detail for all policy, billing, claims and reinsurance transactions, supported by a data model with more than 11,000 data attributes.

Insurity’s Broussard asserts that IEV embodies a different philosophy than that of other core system vendors’ data solutions. “Other solutions tend to engineer their solutions in a targeted way to fit a specific back end, certain number of reports, certain KPIs,” he says. “It’s a perfectly reasonable approach, tailored within a specific scope of reports and data attributes needed to support them.”

“Our approach is different in that it stresses recognition that innovation of analytics in insurance is unpredictable, and that it is safe to assume that carriers will require more data and at increasing levels of granularity and detail,” Broussard continues. “A carrier is not in a position know which or how many of our 11,000 elements will be needed, but they’ll have them all at their disposal. We’ll collect everything in industry-standard form. That way clients can have it all and can get it when they need it.”

SMA’s Hesseling notes that IEV has good visualization capabilities and is easy for business users to utilize, as well as being open rather than proprietary. “Its ETL processes are based on ACORD XML, meaning that if you want to play around, you can,” she says. “It’s solid out of the box, with good preconfigured reporting capabilities and ease of use.”

“IEV integrates with ISO for data and bureau reporting, which is something we don’t see all the time,” Hesseling adds. “Insurity is very clear on what IEV does and doesn’t do: they tend to focus on data sets and analytics that deal with core systems; they’re not making promises that it’s easy to integrate with new data sources.”

Such capabilities are increasingly appealing to carriers, suggests Jeffrey Goldberg, VP, Research and Consulting, Novarica (Boston). “Many insurers choose to build out capabilities for their data strategy on their own using general platform technologies, but more and more are looking to vendors with industry expertise and domain-specific offerings,” he says. “The complexities of a strong data strategy are continuing to grow, with insurers realizing that unstructured data, predictive analytics, and data governance are all as important as a traditional data warehouse and static reports. This means that a good vendor partner will not only help jumpstart a data project, but provide functionality and capabilities that internal teams may not have.” Vendors provision’ of data capabilities suits carriers’ increasing efforts to fundamentally transform underwriting and claims over the last few years, suggests Karlyn Carnahan, Research Director, Celent (Boston).  “This transformation is enabled by the ability to use business rules to drive automated workflow, but even more importantly this is a story about the transformation of insurance through the application of data,” she says. “Carriers are using their newly gained data capabilities to create dramatically different products, develop innovative processes driving efficiency, improve decisions, and transform the customer experience.”

The launch of Insurity’s new division reflects vendors’ need to cope with a shrinking market for core systems transformation partners, according to Carnahan. As the market for core system suites contracts, vendors will need to explore other avenues for revenue generation, such as the following options, she says:

“Vendors have to find additional ways to generate growth, and focusing on data solutions is a logical, perhaps necessary, extension,” she asserts. “Organizing around their data products assures that this critically important set of capabilities will receive the appropriate resources and management attention from Insurity.”

From an Application-Centric to a Data-Centric World

Insurity’s Broussard offers that, whatever the other strategic market considerations that vendors face today, the design of IEV reflects the understanding that insurers, like other businesses now live in a data-centric, not an application-centric world today. “At the end of the day, any organization will go through multiple applications in core spaces, and information about clients, policies and transaction will find its way in and out of multiple core systems—but the data stays the same, and that’s what organizations need to protect,” he says. “We have the best product to protect that; we allow insurers to realize the full value of the asset they have in data.”

Creating a separate business unit for IEV is unique, and is a sign of the potential which Insurity sees for IEV, acknowledges Donald Light, who heads Celent’s North America Insurance Practice. Light describes data “integration hubs,” such as Insurity’s IEV’s capabilities or Guidewire’s DataHub as a second value-creating layer above the value-creating foundation of new core systems.