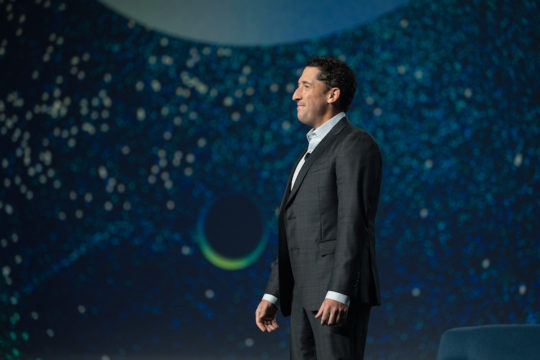 It wasn’t all bad, Weintraub conceded, with more than 10,000 people uniting for a virtual ITC show in 2020. “While 10k ppl came together virtually, I think we all agree the magic happens when we are together in person,” he continued. “And so, this year as we set out to bring the community back together under one physical roof, throughout this journey and especially this year, you continued to show us that you are a community unlike any other.” 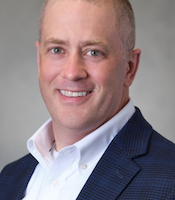 Maiorana called GM’s Super Cruise the first true hands-free driver assistance technology. The system uses LIDAR and high-definition maps and other capabilities to partially automate driving. It includes a rearward-facing system that monitors the driver attention. “It’s a key safety factor,” he said. “The system is available to take over when needed.”

In 2022, Super Cruise will have a new Auto Lane Change function enabling the car to pass slower traffic without driver intervention. The system will also add trailering capabilities useful to SUV and truck owners, as well as enhanced navigation. “It will be over-the-air capable and can update vehicles in the field,” Maiorana said. “We now have over 10 million real-world miles navigated, and customer acceptance has been overwhelming: 86 percent of customers said that Super Cruise would be a major consideration for their next vehicle purchase.”

Asked by Honig how Super Cruise is relevant to insurance, Rose said that it will have substantial use in pricing risk and selecting better drivers who use its tools. “Being able to truly understand whether a driver is paying attention could be a true breakthrough,” he said. “It doesn’t matter what’s distracting you—whatever it is, those things are ultimately a risk, and that’s what we’re looking to price from.

Honig asked, “What are some active features, and how do those weave into the insurance side, giving benefits to consumers who might get the insurance?”

In his reply, Maiorana noted that Super Cruise is crucial to GM’s strategy, and that studies the firm has conducted at the University of Michigan have demonstrated that the system can have major impact. “Forward collision alert and forward braking has reduced collisions by nearly 40 percent,” he said. “Through other features, such as Park Assist, Rear Auto Braking and Vision Cameras, we’re reducing backing collisions by over 80 percent.”

“Remember when backing collisions were prevalent?” Rose interjected. “They’re gone.” He added that GM’s aim was to continue to develop technology to reduce frequency and severity of accidents, ultimately aiming for zero crashes.

Insurance is Back in the Room

Honig queried whether the technology, while reducing the frequency might increase severity, at least in terms of the effect of expensive technology equipment being damaged in a crash. Rose’s reply emphasized GM’s return to insurance after a break of about 10 years, implying that an insurance perspective guided decisions affecting the severity implications of technology.

“Insurance is now back in the room,” Rose commented. “I collaborate with designers and engineers to make the vehicle that ends up on the road. Can we move it up so that not every accident will require repairing a given piece of equipment? We are now part of that conversation. We’re not going to sacrifice safety, but if we can find new and different ways to make it less expensive, we will.”

“We want to get the features on all vehicles,” Maiorana added. “We’re always trying to drive the cost down to make them available to more and more customers.”