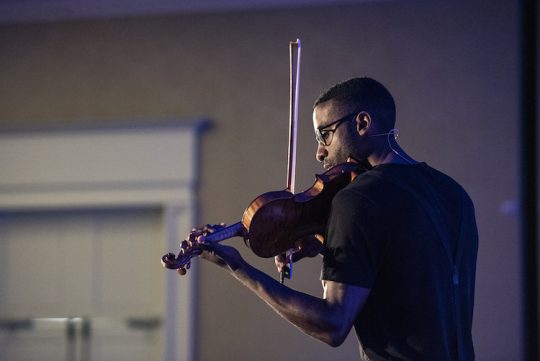 Violinist Kai Kight, the keynote speaker at the ACORD Connect 2018 conference in New Orleans yesterday, noted that as a classic musician, he was taught to work within the constraints of written music. He found his artistic voice not by rejecting the discipline he’d learned, but by also adopting a discipline that gave direction to his own creative and improvisational impulses. Insurers also need to revisit their culture to make room for a more creative approach as they attempt digital transformation, suggested Kimberly Harris-Ferrante, VP and Distinguished Analyst, Gartner (Stamford, Conn.), during her session, “The Biggest Point of Digital Transformation Failure: Lack of Organizational Readiness & the Right Corporate Culture.”

Harris-Ferrante’s presentation included Gartner research based on responses to a variety of questions with regard to their companies’ commitment to digital transformation. She began by alluding to the industry’s aversion to change, both on the carrier and distributor side, noting that a large proportion of agents were over 50 years of age. However, insurers understand, at least notionally the need for change, and are asking how they can learn from the innovation culture of organizations such as rental insurance carrier startup Lemonade (New York). She noted how the organization says doesn’t have a CIO because of its belief that “everybody is a technologist.” “It’s a different way of thinking,” she said. “At insurance companies we have hackathons; at companies like Lemonade, they do that every day—‘That’s our business and if it doesn’t work we throw it out the window and start again.’”

While insurers need to apply themselves to the task of cultural change, that is only one aspect of readiness for digital transformation, Harris-Ferrante stressed. She reported that Gartner looks at a variety of criteria to gauge insurers’ aptitude for reaching advanced stages of digital transformation, beginning with the buy-in and commitment of leadership.

For example, insurers must articulate their digital vision and strategy to everybody in the organization, make it clear what roles they play and structure incentives and compensation accordingly. They must also support their vision with adequate budgetary provision.

Harris-Ferrante spoke on a heading on “People and Staffing,” saying that insurers must have the right professionals in place, including data scientists. “AIG has among the most data scientists,” she noted. “They say, ‘We don’t hire insurance people because we don’t want people who are biased—they can’t follow the data if they have rose-colored glasses on.’”

Data mastery will be a key competency in achieving digital transformation, and insurers will need to learn to adopt other technologies to make progress, such as artificial intelligence (AI) and robotic process automation (RPA), according to Harris-Ferrante.

Gartner asked where insurers stood on a number of transformation-related topics, measured on a  continuum of “common,” “moderate” and “rare” levels of adoption. Significant numbers of respondents among ACORD members were undertaking change management (64%), new IT staffing models (52%) and working with InsurTechs. However companies were not necessarily seeing dividends.

“Everyone is talking about InsurTech and everyone wants in the game, but to what end are they investing,” Harris-Ferrante said. “[Insurers] say to me, “Kimberly, we’re spending all this money and getting zero ROI!’—that’s because you’re just playing.”

Insurers must bear in mind that digitization is a transformation mode, not an IT initiative, Harris-Ferrante cautioned. “The CIO wants to own it…that was an OK starting point two or three years ago, but not in 2018,” she said.

Among the rarest levels of adoption, were establishing new streams of revenue outside insurance (24%), Internet of Things (IoT) strategy (24%), and process to scale projects in the innovation lab (24%).

Insurers Weak on the Levers of Business Transformation

Harris-Ferrante said that while the Chief Digital Officer title had gained significant ground in other industries, insurance entities were behind in instituting the position. “It’s surprising that insurance hasn’t embraced the Chief Digital Officer, because we’re based on data,” she remarked. “We have to think about data as being a bigger thing than just actuarial; it needs to be a corporate practice across marketing, claims, underwriting, finance—you name it.”

Insurers are also behind in the adoption of emerging technologies that will be important for digital transformation, according to Harris-Ferrante. “Not using blockchain much?—that’s OK; but we should be using RPA at a greater rate,” she said. “AI is among the most transformational of technologies for our industry, and very few people are using it.”

When it comes to addressing underlying change in organizational culture, insurers are hampered by their reluctance to invest in things that don’t have a tried-and-true business case. Few insurers are collaborating with academic institutions for innovation and staffing purposes (21%), and only 38% are instituting new leadership models, such as Chief Transformation Officers. What is needed is for insurers to transcend “old-fashioned” notions of cultural change.

Everyone Has Responsibility for Innovation

When it comes to compensation and incentives, insurers need to revisit their practices and keep an open mind about things such as the false efficiencies of rewarding CSRs for speed of concluding a call rather than Net Promoter Score (NPS). Longer calls may mean higher NPS, greater customer satisfaction, and therefore greater revenue, Harris-Ferrante noted.

Harris-Ferrante identified the elements of culture as purpose, rituals, identity, support, and merit. “People like to not stand out, so you have to look to group dynamics, and rituals support that kind change,” she said. “People have to identify with the organization’s purpose, and everybody must have an innovation responsibility or role.”