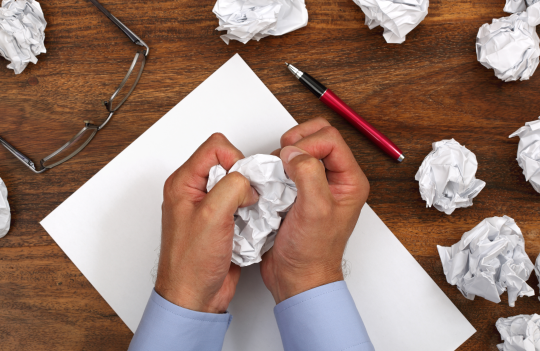 U.S. business professionals are increasingly frustrated with their companies’ innovation failures, but they remain committed to disruptive innovation, according to the 2015 Accenture U.S. Innovation Survey: Clear Vision, Cloudy Execution. The survey of executives and managers at 500 companies with revenues over $500 million revealed that insurance carriers are supporting formal approaches to innovation at higher rates than other companies in response to the industry’s special challenges. “A significant gap exists between what U.S. companies want to achieve in the innovation arena versus what they are able to do,” comments Adi Alon, managing director, Accenture Strategy. “They want to innovate and yet they need to take different and bolder actions to achieve transformational, major revenue-generating innovation.”

The results of the survey are discouraging at first glance for those eager to see innovation flourish. For example, six out of 10 respondents said their companies do not learn from past mistakes—more than double the 36 percent who answered that way three years ago, when Accenture conducted a similar survey.

Eighty-two percent of respondents admitted that they do not distinguish their innovation approaches between incremental versus large-scale transformational change, which Accenture interprets as meaning they use a one-size-fits-all approach to achieve disparate goals. Most respondents reported having “big” innovation ideas but not having an organizational “home” within the company, with the result that the ideas are never developed.

Nearly three quarters (72 percent) said their companies often miss opportunities to exploit underdeveloped areas or markets, as compared with 53 percent of respondents to the earlier survey. More than two-thirds (67 percent) believe their companies are risk averse, a substantial increase over 46 percent giving that answer three years ago.

The immediate impression of these results is one of deterioration, but other findings suggest that increased dedication to innovation is resulting in frustration at its slow pace. “Despite their companies’ innovation shortcomings, respondents are more bullish on disruptive innovation than they were three years ago,” an Accenture statement affirms. “For instance, 84 percent said they believe innovation is key for their long-term success compared with 67 percent three years ago.”

The same percentage (84) of respondents reported that they were on the lookout for the “next silver bullet,” meaning a market-defining innovation as opposed to incremental iterations of the same products. New product creation was a priority for nearly half (47 percent) of respondents, an increase of 20 percentage points from three years ago.

The insurance industry showed even higher levels of commitment than other industries by various measures, including the adoption of a formal approach and processes to support innovation, according to Accenture’s Alon. “This can be expected, given the strategic challenges the industry is facing with the growth of direct channels, the need to generate growth with skeptical millennia, and intensified competition,” he qualifies.

“The innovation journey of insurance companies is challenging,” Alon adds. “Some of those challenges are common with companies in other industries: the risk of applying the same approach to incremental and transformational innovation, failure to learn from past mistakes, and the lack of organizational “home” to develop new markets and/or offerings.”

However Accenture’s survey identified an added set of challenges faced by insurers, particularly relating to their culture and innovation model.  “On the cultural front, insurance companies are typically more risk averse compared with consumer goods, high tech and medical devices companies,” Alon says. “As a result, they need to take the added step of aligning their culture with the desired innovation model and outcomes.”

The survey also reveals that insurance companies tend to lean more heavily on in-house development vs. an innovation model that is more open and collaborative, according to Alon. “This in-house approach may constrain the type of opportunities they can pursue, as well as the speed in which they can realize those opportunities and bring them to market,” he says.

Accenture identifies three transformative changes that insurers and other companies can undertake to ignite innovation:

View innovation through new “lenses”: Despite their best intentions to drive big changes, many companies continue to evaluate and pursue opportunities using the ideas, processes and business models they have relied on for years. In an age where non-traditional entrants are increasingly capturing market share and customers are demanding new products, services, conveniences and forms of engagement, a company’s reliance on its old playbook will prevent it from achieving competitive advantage.

Break down industry barriers: Disruptions in everything from the flow of raw materials to the demands of “always on” consumers require a new model based on collaboration. Emerging technologies are making it possible for companies to unlock new sources of innovation through alliances across multiple business sectors. Cross-industry innovation models lead to competitive differentiation and new sources of growth, revenue and customer loyalty.