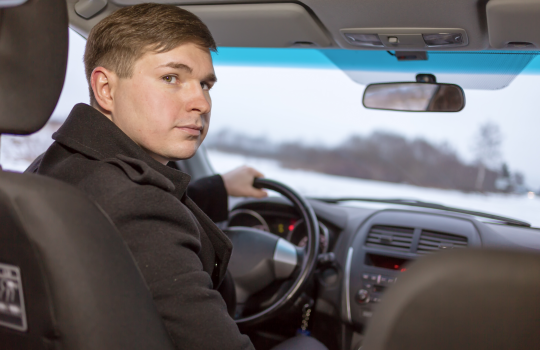 The emergence of rideshare services has disrupted the status quo with regard to taxi licensing and questions of insurance coverage. In the latter case, at least, the conflict has been solved through the drafting of the TNC (Transportation Network Company) Insurance Compromise Model Bill. The Bill is designed to be presented to state legislatures to support lawmaking that addresses the concerns of the public, the insurance industry and the rideshare companies themselves. The TNC Insurance Compromise Model Bill represents an effort by the concerned parties to help bring clarity to and consistency to TNC insurance laws across the country, eliminate consumer confusion, provide a framework for safe transportation options and support continued marketplace innovation, according to Paul Blume, senior VP of State Government Relations, PCI.

“It may take some time for the insurance market to refine state-specific ridesharing solutions,” Blume acknowledges. “Insurers will continue to work closely with the transportation network companies, insurance regulators and the NAIC to help ensure the public understands their insurance coverages, the differences between transportation network companies, taxis and limos, and how the public is covered when an accident occurs.

The principal bone of contention between insurers and rideshare companies arises from the fact that drivers own their vehicles and are insured both through their own personal insurance policies and through commercial policies on the part of the TNCs. “There was a difference of opinion with regard to coverage,” says Neil Alldredge, senior VP of State & Policy Affairs, NAMIC. “The TNCs’ position was that commercial activity was only taking place while a driver actually had a passenger in the car, but the insurance industry’s read was that the drivers are working whenever they’re logged into the [rideshare] app.”

Through the text of the TNC Insurance Compromise Model Bill, the following provisions are among those that have been agreed upon by the insurance and rideshare industries:

Some states, e.g., California and Colorado, have already adopted insurance coverage parameters, and many others are currently considering ridesharing bills. “At last count 36 states had a TNC-related bill, and probably 15 to 20 are already in some stage of the legislative process,” notes NAMIC’s Alldredge. “We would like to see all of those reflect this new agreement.”

The TNC Insurance Compromise Model Bill represents a successful reaction by the insurance industry to an emerging coverage problem, but it should serve as a warning for insurers to become more proactive about addressing emerging product opportunities created by technology-driven disruption, suggests Jeff Goldberg, VP of Research and Consulting at Novarica (Boston).

“The tendency has been for insurers to adapt existing products to emerging market segments, but the industry will need to take a more of a microsegmentation approach,” Goldberg comments. “What an Uber driver needs is similar to existing commercial fleet product, but insurers will increasingly need to create products with specific businesses in mind, such as rideshare companies and drivers.”