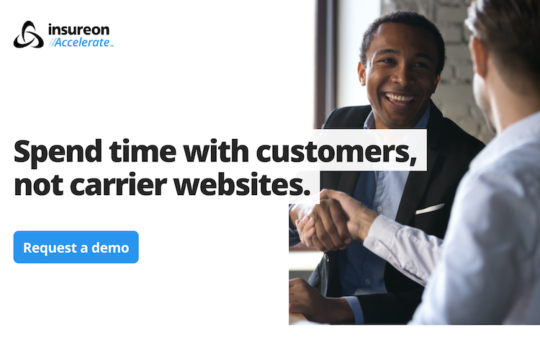 Insureon, the largest independent agency in the U.S. for the online delivery of commercial insurance to small and medium-sized businesses, has announced that it is offering insurance brokerages and agencies access to its proprietary technology through a new SaaS product called Insureon Accelerate. Insureon Accelerate enables brokers and agents to access the largest national carriers via a streamlined quote submission process, a company statement says. 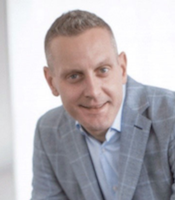 “Due to manual processes and low profit margins, writing commercial insurance for small and medium-sized businesses hasn’t in the past been very profitable for independent insurance agents and brokers,” comments Jeff Kroeger, Chief Commercial Officer, Insureon. “Insureon Accelerate automates the process, providing quotes that used to take hours or even days within minutes.” 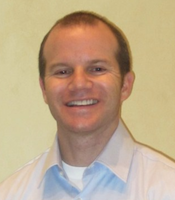 Insureon reports that Accelerate is built on the same technology that the company’s e-commerce business has been evolving for nearly a decade. The technology features Insureon’s streamlined universal application, which it says allows single-entry access to the top carriers and dramatically reduces the amount of time it takes to complete an application. Insureon reports that, during the past 12 months, its technology provided more than 2 million quotes and over $500 million in premium for small and medium-sized businesses across the U.S.

Game-Changer for All Parties

“For years, the insurance industry has needed a technology solution for the problem of writing commercial insurance for small and medium-sized businesses in an efficient and profitable manner,” comments Dan Kazan, CEO, Insureon. “Insureon, as an online insurance agency itself, has been doing this successfully for years, and is now opening up its technology for use by the entire marketplace. This is a game-changer for everyone involved—the insurance brokerages and agencies, carriers, and most importantly, small and medium-sized businesses.”