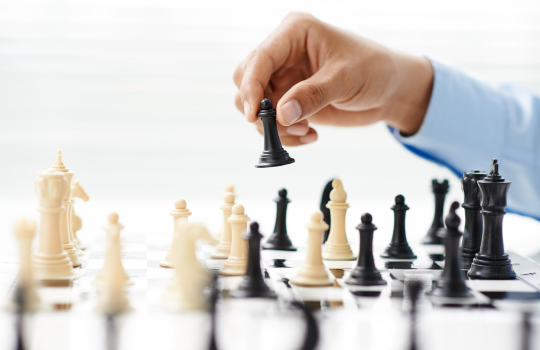 Much of the insurance technology conversation today is about what emerging technologies insurers will adopt and when. A new Celent report asks a trenchant related question: What does the changing technology environment mean for the structure of the insurance IT department? The report, “Capabilities, Complexities, and Budgets,”  examines important shifts in how insurance IT departments operate in relation to their evolving strategic contribution to the enterprise.

“Insurance is being transformed by rapid changes in information technology, skyrocketing customer expectations, rapidly evolving distribution models and radical changes in underwriting and claims,” reads an introduction to the study. “How are IT organizations changing to accommodate the new capabilities they’re delivering, and how are budgets shifting to accommodate this transformation?” The study also asks how the complexity of an organization affects the level of capability the IT organization can deliver, and how complexity, organization, and operating model affect an insurer’s budget.

A key indicator of IT’s increasing strategic importance is that today 75 percent of respondent carriers say that their CIO reports directly to the CEO today. Those who report directly to a CEO are more likely to affirm that IT is a highly strategic part of the company (63%), whereas only 13 percent of those who report elsewhere say IT is seen as important. “That is a massive transformation from the late 2000s, when most IT heads reported to a CFO, COO or CAO rather than the CEO,” comments Karlyn Carnahan, Research Director at Celent and author of the study.

Carnahan calls it a chicken-and-egg question as to whether CEOs see IT as strategic and accordingly require direct reporting from the CIO or, on the other hand, whether they realize the strategic importance when they do oversee IT directly. “Regardless of causality, CIOs who report to the CEO are more likely to playing a major role in driving the organization forward,” she comments. “This plays out in their budgets.”

In 2002, Celent reported that maintenance took an average of 65 percent of a carrier’s IT budget, and new projects consumed around 35 percent. The new study shows that has changed dramatically over the recent past as carriers have embraced new capabilities and new technologies. Investments in new systems and in transformation now account for 53 percent of the IT budget, according to Carnahan. “Some of that has to do with the more configurable software that requires less investment to integrate and maintain,” she notes.

In the past, insurance IT organizations have been order-takers, building capabilities required by the business, according to Carnahan. CIOs have increasingly left software development to vendors, and how they increasingly are faced with the need to utilize capabilities that are well outside their area of competence. “A CIO can’t possibly build drones or cloud capabilities for core applications—these are things that require partnering with other entities,” she elaborates.

As information technology continues to advance, CIOs are called upon to build and maintain an ecosystem wherein externally produced capabilities are integrated and managed, Carnahan suggests. “There’s technical skill related to things such as managing APIs and keeping costs down, but CIOs also need acumen in the area of partnering, including with new ventures,” she says.

Based on the rising percentage of CIOs reporting to CEOs, many insurance IT heads are experiencing these shifts based on the increased importance of technology for business, according to Carnahn. If that’s not the case, CIOs should be worried, she cautions: “If you’re a CIO that does not report to a CEO, is not allocating costs back to the business, and are perceived as a cost center in your organization, you are likely to also be seen as not delivering value for the money being spent.”