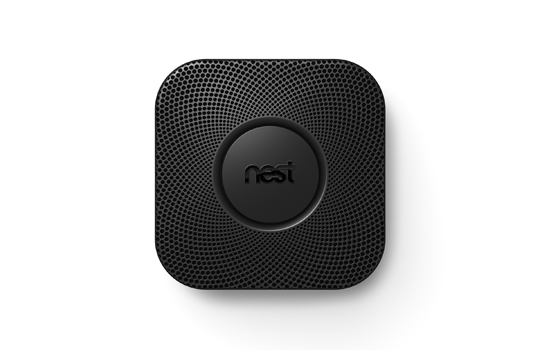 As with other paradigm-shifting technologies, the insurance impact of the “Internet of Things” will remain distant – until it suddenly arrives. Google’s recent Nest Labs acquisition shows that the day is well on its way. Perhaps the most pertinent question at this point may be whether Google – and companies making similar acquisitions – will be a given insurance carrier’s partner or competitor.

Google announced last week that it will buy Nest Labs – a manufacturer of “smart” thermostats and smoke alarms – for $3.2 billion. The Wall Street Journal described Nest Labs as “a poster child for a technology movement known as the Internet of Things, which is adding sensors, computing and communications technology to make everyday objects more useful.” Another WSJ article says the acquisition buys Google a “prime position in the race to digitize the home.”

Insurers must wonder whether that is a middle- or long-distance race, but as we reported here recently, AT&T already has a commercial offering called Digital Life that enables consumers to monitor their home and control things such as faucets and electrical appliances remotely. AT&T and Google have competitors in the home digitalization race, reports NBC News:

Loads of companies including Microsoft, Sony, Intel and AT&T are working to make the connected home a reality, and while no company has quite figured it out yet, they have huge financial incentive to do so: Cisco predicts the “Internet of Things” economy will reach $14.4 trillion spread over the next decade.

Accenture Interactive‘s Mark Curtis, writing in the Guardian, notes Gartner research forecasting that “there will be 26bn connected objects installed by 2020 – and the home is emerging as a key environment for this.” Both Curtis and the Wall Street Journal note that the digitalization of the home was a major theme of last week’s Consumer Electronics Show in Las Vegas.

Curtis predicts the proliferation of “living services” woven into consumers’ daily lives providing real-time response to changes in temperature or behavior patterns. He notes that:

Data is the key to making these services a reality and here’s where Google has an advantage. By merging its vast pools of customer data with environmental statistics gathered by smart object specialists like Nest, Google could position itself as a powerful player in the connected home.

Curtis notes Google’s involvement in autonomous vehicle technology and the likelihood that the firm will prepare for the digitalization of other environments, such as the workplace.

Insurers reading between the lines should see that the implications of the Internet of Things is likely to begin in personal lines P&C and move to commercial lines. As we have commented elsewhere, the digitalization of space in real time has implications for insurance product innovation and customer experience, as well as the potential to revolutionize loss control in commercial insurance – and introduce it to personal lines.

Barry Ritholtz, writing in the Washington Post, commends Google for its foresight in preparing for the digitalization of everything, commenting in a way that might put insurance strategists on notice:

Their acquisitions and research and development actions suggest that they are cognizant of how easy it is for a company to lose its grip on its primary market. This is especially true for dominant firms that became complacent — like Kodak, Microsoft and BlackBerry did.

“For the last 20 years we’ve always said we’re 10 years away from the full, mainstream Internet of Things. I still feel that way today,” Dey said. “I still think this is a very limited step.”

Well, any step is limited, and “quickly” is a relative term. Limited steps can add up fast in a self-reinforcing trend on a geometric trajectory curve. In any case, all the interlocutors quoted seem to agree that it’s just a matter of time before these developments effect a qualitative difference on our way of life. That will probably also include our ways of using insurance. Says Accenture Interactive’s Curtis:

Linking all these environments up to create a truly connected world will be the biggest challenge of all and realistically we’re looking at a twenty year time span before this happens. But, believe me, the time when your home is connected to your car, to your work, and to your dog, is very much on the horizon.