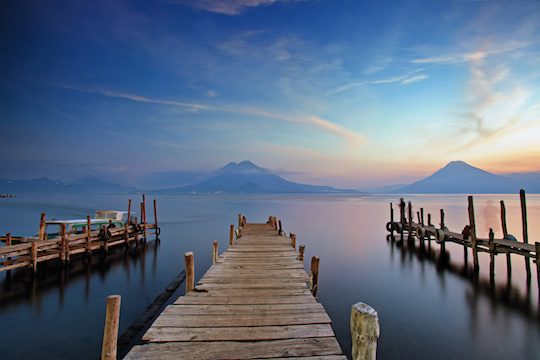 Businesses often turn to a change agent—a Mr. Fixit—to get from one state to another, for example in the case of a core system upgrade. But innovation in the insurance industry is not a matter of merely getting something done, but rather embracing a new way of being. That at least is the case at Seguros G&T (Guatemala City; a subsidiary of G&T Financiero G&T Continental, S.A.) whose change agent has been Juan Fonseca Soto, Manager of Innovation and Business Development.

Fonseca answered the call by implementing an Innovation Framework, introducing Agile Scrum methodology and driving innovations that have solidified the company’s position as the second largest insurer in Guatemala while establishing its reputation as a leader in technology, innovation and customer service. Fonseca Soto joined Seguros G&T in 2012 as Director of Technology. The following year he was named Manager of Operations and Administration, and by 2016 he had become Manager of Innovation and Business Development. He has overseen several key initiatives, including upgrade and data migration for Seguros G&T’s core administrative platforms. He established the company’s project management office (PMO), drove the achievement of ISO9001-2015 certification, and implemented best practices.

Under Fonseca Soto’s leadership, Seguros G&T developed Guatemala’s first mobile app for policy management, including claims capabilities for first notice of loss, roadside service and medical authorization. His team’s redesign of the company’s website has resulted in significant increase of premium through that channel.

“We’ve been able to open a gap in the Guatemalan market where online commerce is still in its infancy in practically all industries,” Fonseca Soto comments. “The ability to sell insurance through the web is a challenge we’ve taken on bit by bit. Today, with US$1 million in premium generated annually exclusively through this channel, we see the digital channel as an important one with high potential that will grow substantially during the next five years.” These initiatives have not only helped to establish the company as an outstanding brand seen as occupying the vanguard of innovation, but they have also enabled it to gain an edge in customer experience that lets the company maintain a profitable pricing strategy, according to Fonseca Soto. “Our innovations help us to be a very technologically advanced company in various areas, including pricing, focused on making sure our products remain profitable and keeping us from price wars or the trap of using price as a value proposition,” he elaborates.

Fonseca Soto stresses the institution of an Innovation Framework and the adoption of methodology and industry standards, which together create a kind of “technology factory.”

“When I use that term I’m thinking about our PMO, among other things,” Fonseca Soto explains. “Our technology department develops software, provides infrastructure and provides maintenance and support of the company’s daily operations. Our structure is based on the best practices established in ITIL and our development is based on the agile Scrum methodology.”

Fonseca has developed an innovation model based on synergy between the areas that he oversees. He describes the process beginning when business intelligence yields valuable insights. The Innovation team then translates those insights into viable business ideas. The Technology organization uses agile techniques to implement the resulting products and services with the support and coordination of the PMO. Finally, the Quality Assurance team assures that the innovation becomes part of the ADN of Seguros G&T.

As fascinating as experimentation with new technology can be, innovation is always about the business, Fonseca Soto insists. “At Seguros G&T we’re aware that the market constantly changes and that to maintain a leadership position in both the near and long term, we have to make innovation a process that is part of our business philosophy and culture,” he says. “Our vision as a business is be the insurer where everybody wants to be, and our purpose is to help get ahead. We believe that innovation is fundamental to fulfilling our objectives.”

Those objectives have extended beyond the walls of Seguros G&T. Fonseca Soto and his team provided support and technological and process development for CIAM, a primary healthcare company that today invoices more than $12 million annually and is an important center of cost containment for Seguros G&T, as well as functioning as a differentiator in customer experience for the policyholder.

Fonseca Soto also supervised the development and commercialization of SALI, a software tool aimed at driving loyalty among brokers—who remain one of the most important channels for the company and the Guatemalan insurance industry generally. The broker channel is highly competitive, and accounts are often fought for on the basis of price, according to Fonseca Soto. “We have determined that the loyalty of the intermediary is the most influential variable in the probability of gaining an account,” he notes. “We have observed that the small and medium-sized intermediary is in need of professionalizing the management of their business, so we decided to take advantage of our development capacity.”

Accountable to the Business

Fonseca Soto is well placed to execute on such ambitious initiatives in the position he occupies between business and technology, and as a member of the company’s executive leadership team. “IT needs to understand the needs and problems of the business and uses best practices to develop solutions in an agile manner in conjunction with the clients,” he comments on his philosophy of technology-driven innovation. “The department should also be accountable via business KPIs such as profitability and sales, as well as efficiency measures.”

That accountability is balanced by the kind of trust and encouragement that leads to excellence, according to Fonseca Soto. “It is vital to develop a relationship of absolute confidence with the teams, motivating them to give the company their maximum effort and creativity,” he says. “To make mistakes is a fundamental aspect of success.”