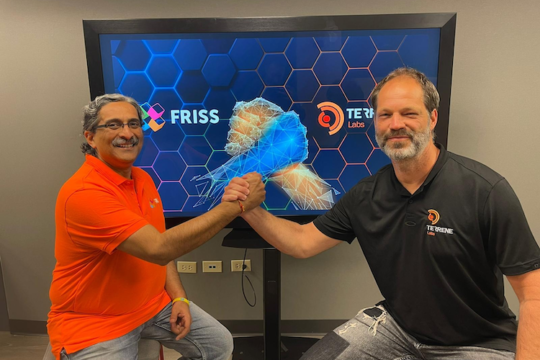 Earlier this week, FRISS (Utrecht, Netherlands) announced its acquisition of Terrene Labs, an Ohio-based provider of risk insights to commercial insurers. Though FRISS is better known in North America as a provider of modern claims fraud detection solutions, in fact the company offers a range of AI-powered solutions for fraud, risk and compliance. Prior to the announcement, Insurance Innovation Reporter had the opportunity to talk with Jeroen Morrenhof, co-founder and CEO of FRISS, and Piyush Singh, founder and CEO of Terrene Labs.

The roots of the acquisition go back over three years ago, when FRISS CEO Morrenhof met Singh. The conversation took place in the context of FRISS’s ambition to increase North American sales of its underwriting solution, according to Morrenhof. “We’ve been connected ever since and have had a great relationship,” he says. “Piyush showed me the ropes in the U.S. insurance industry.” 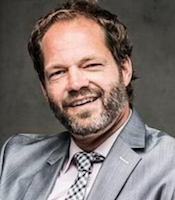 The claims fraud solution for which FRISS is best known in North America makes up about 50 percent of its sales globally; its underwriting solution makes up about 42 percent, with the remaining 8 percent coming from its third solution, a special investigations unit (SIU) management tool. “We had tried to sell the underwriting tool in the U.S., but it wasn’t market-ready,” Morrenhof explains. “We underestimated the challenges of the U.S.’s state-by-state regulatory system, which has so many differences and requires so much data.”

Terrene provided the missing piece to make the FRISS underwriting tool ready for the U.S. market, Morrenhof explains. “The amount of data and number and quality of the subject matter experts was why I reached out to Piyush,” he says. “We had the analytics, but they have the data and expertise.”

Focus on the Core, not the Chore

For its part, Terrene saw FRISS as mission-driven in a way that was compatible with its ambitions, according to Singh. Singh explains Terrene’s purpose of letting underwriters focus “on the core, not the chore,” enabling them to make decisions without having to make a BPO-like effort to aggregate data from multiple sources. Through its U.S. market focus, Terrene was complementary to FRISS, and the latter’s market presence helped to make it complementary to Terrene, according to Singh. “We were a smaller organization, and FRISS had achieved significant market traction,” he elaborates. “We could spend 24  months just to build a team to get where our mission is supposed to take us—but the market need is today.”

“We have the magic sauce on the underwriting side for small and medium commercial risk in the U.S.,” Singh adds. “They bring to the table analytics and a huge amount of claims AI and insight. There are several things they do on claims side that are advantageous to our underwriting and things we do they can incorporate on claims side.”

With the missing piece of Terrene, Morrenhof says, FRISS will be able to unite its solutions in the U.S. the way it has for customers elsewhere. “We’ve been doing things end-to-end, but weren’t able to in the U.S. “Now, combining our underwriting expertise with Terrene’s data and expertise we’re able to follow the evolution of risk throughout the lifecycle, not just at the claim.”

In the wake of the acquisition, Terrene’s team will be loosely integrated with FRISS’s Netherlands-based underwriting team, Morrenhof relates. There will eventually be one product for customers, but customers will still be able to select the FRISS AI product, Terrene’s data risk offering, or both together. “We will keep the teams fairly separated, but we’ll add more resources to accelerate Terrene’s roadmap,” Morrenhof notes. 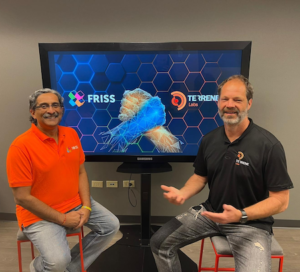 FRISS will also begin marketing Terrene’s technology, having already reached out to various customers and prospects. “The reaction so far has been overwhelming,” Morrenhof says.

“The way I look at this is that the small and mid-sized commercial business is still in early innings in straight-through processing or digitization; there will be a great deal happening there in next few years, and we want to be in the forefront of that. With what Terrene has built, we can play an important role in bringing commercial lines into the digital age.”

In that regard, Morrenhof sees FRISS’s role as one of enabling “safe” digitization. “You have the core system providers helping carriers to achieve digital transformation, but we see our products as helping them to do that safely, understanding the risks they’re taking on explicitly, both on the claims and underwriting side,” he says.

In sharing his vision of FRISS’s role in the industry, Singh notes a couple of decades ago a few catastrophe modeling companies made analytics very important to the insurance industry. He describes FRISS’s mission as taking a similar approach with currently available technology applied to the entire risk lifecycle. “We’re applying scientific dimension to the interpretation of risk from underwriting through claims, and taking risk evaluation truly into the digital age,” he says.