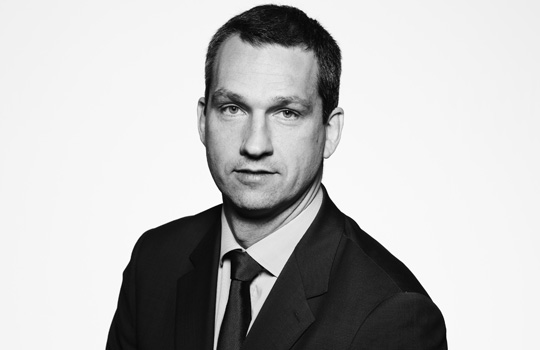 When Stéphane Flaquet took on the top technology officer role at Hiscox (Hamilton, Bermuda; Gross written premiums of approximately $2.4 billion) in April 2012, he observed a need for greater clarity in between the company’s business goals and its IT investment. Following an analysis of the insurer’s various business areas, Hiscox decided to implement Sapiens’ IDIT system for the company’s retail insurance business. The insurer is due for an initial release early in the new year, in advance of a full go-live in Aug. 2014.

Having served as Hiscox’s COO for European business for about two years, the finance-and-operations trained Flaquet took on the role of Group IT director – de facto enterprise CIO – about 18 months ago. “One thing I observed when I took on the role was that there was no obvious link between our business goals and our IT investment – I couldn’t really connect the dots,” he recalls. “Our IT people acknowledged that they didn’t have a medium-term view of where we were going as an organization.”

Flaquet, who is based in Hiscox’s London offices, decided that a diagnosis of existing goals and capabilities would help to shape the IT organization’s path. “We started by interviewing all the business units and functional areas across the group saying, ‘Tell us about your ambition – what do you need to achieve your business goals?” Flaquet relates. “We went right across the group – from reinsurance and London Market business all the way to small business insurance in the U.S. – and then we worked on determining what that meant for technology.”

The outcome of Hiscox’s IT organization’s analysis was that a gap existed in the insurer’s retail business, which includes a diverse range of personal and commercial insurance products. Hiscox provides coverage for high-value households and specializes in business insurance for specific professions such as management consultants, IT consultants and marketing and media companies.

“In retail business there was a massive gap between what the business needed to achieve its goals and what we were able to offer – we had no program of work or large investment to bridge that gap,” Flaquet explains. “We were addressing change needs very much on a tactical basis, evolving existing applications repeatedly, as opposed to fundamentally transforming business capabilities.”

Hiscox faced a classic problem of legacy policy administration, claims and billing systems unable to deliver a digital customer experience, product speed-to-market and rapid system changes in response to market needs without the intervention of IT. “We had challenges delivering a variety of capabilities that you would associate with a retail insurance experience,” Flaquet comments.

Following the business needs and capabilities review, Hiscox undertook an analysis to determine whether to invest in existing applications or replace them with modern technology. “We decided on the latter,” Flaquet says. “It didn’t make sense to continue to invest heavily in apps that were 10 or 15 years old, so we decided it was time to make a step change and progressively move on with modern package systems.”

What Flaquet calls a fairly typical selection process took Hiscox from 80 vendor candidates to 20, then 8, then 2. The Sapiens IDIT solution including underwriting, policy administration, claims management, billing and collections emerged as the winner based on several considerations. Agility was more important to Hiscox than “endless breadth of functionality,” according to Flaquet.

Preparing for an Accelerated Pace of Change

“The Sapiens solution had all the attributes of a system that we were looking for in support of an accelerated pace of change, including a high degree of configurability and the power to rapidly set up new products or modify existing ones,” Flaquet says. “It had to be a system that could be changed by technology-savvy business users rather than having to constantly involve developers for simple changes.”

Sapiens’ desire to secure a flagship client in the U.K. also helped to differentiate the vendor from some of the contenders, Flaquet notes. “Some of the other vendors already had large U.K. clients in their portfolio, so they were less passionate about securing us as a customer,” he explains. “Sapiens put some skin in the game to invest in that first relationship and prove their capability.”

Cultural compatibility between Hiscox and Sapiens was also an important factor in the decision, Flaquet suggests. “When you’re replacing core technology, you’re not just selecting technology; you’re selecting a business partner – it’s almost like a marriage,” he says. “I was particularly sensitive about being able to do business not only in the good times, but more importantly in the tough moments as well.”

“We found in Sapiens a good companion,” Flaquet continues. “They are very rigorous, very clinical in their approach, even though they keep on learning through every new implementation.”

Hiscox is currently half way through its implementation, starting with U.K. business – first direct distribution, followed by the broker channel. The solution is planned to go live in August 2014. “We have a partial delivery in mid-December, so we’ll get a flavor,” Flaquet says. “This is the biggest change initiative we’ve started at Hiscox and it’s going very well so far. We’re quite pleased to see that it does what it says on the tin, so to speak.”

“Once the new set of capabilities are proven in the UK, we will be looking at rolling the same solution to Continental Europe and ultimately the US,” Flaquet adds.