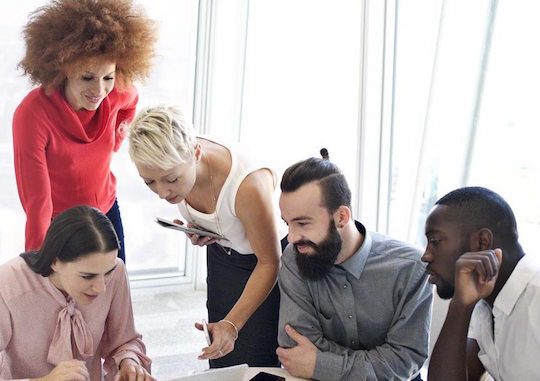 In the insurance industry, “transformation” has generally referred to embracing new technological approaches, whether changing out legacy systems and infrastructure or, more recently, learning to consume potentially disruptive technologies through interaction with InsurTech startups. Guardian Life (New York) announced in late January that it has undertaken a transformation focused not on machines but on people.

The insurer has engaged General Assembly (GA), a New York-based staffing and training firm, to facilitate training in advanced digital skills. GA will run training programs for Guardian employees through its Talent Pipeline as a Service model, which includes sourcing, training, and delivering talent to enterprises to close large and persistent talent gaps. The vendor is creating custom curricula for Guardian in several key areas aimed at providing employees with the skills needed to compete in the digital economy. GA delivers the education and training both online and in live, in-person meetings. Guardian Life’s talent transformation fits within a larger strategic response to the rapidly evolving requirements of a digital world, according to Bob Thompson, Head of Corporate Development & Strategy, Guardian Life. Guardian CEO Deanna M. Mulligan has been driving a two-pronged effort, the first prong being modernization of technology and processes and the second a migration of the company’s culture to client centricity. Thompson suggests that the magnitude of technology change envisioned in the strategy implies a corresponding change in skills.

“Guardian is a spectacular company, but it’s almost 160 years old,” Thompson observes. “We have been discussing as a team the impact of technology on work itself, and that ongoing dialogue was the driver of this particular initiative.”

Guardian’s senior leadership and functional teams within the enterprise have spent significant time assessing the impact of technology on commerce, and they see it as an accelerating trend moving progressively from an impact on the nature of commerce to the nature of work, according to Thompson. “Expectations of how knowledge workers interact with technology continue to evolve,” he comments. “Even business people will have to become technology people to some extent in order to be successful in the digital world.”

As to whether Guardian’s talent transformation is more about adding skills that are lacking or amounting to a recasting of the company’s overall complement of talents and skillsets, Thompson says his short answer is, “Yes,” with an objective of re-skilling and up-skilling employees as much as possible across the enterprise.

“We’ve developing a curriculum to turn actuaries into data scientists; we’re unfolding plans to identify existing engineers in our IT department as candidates in the first IT class to participate in a re-skill/up-skill exercise, learning new coding languages, data architectures, etc.,” he elaborates.

Guardian has already conducted its first full offsite meeting to identify emerging leaders and engage them in a data-science-for-leadership curriculum. The insurer is also leveraging GA’s method for training-up engineers and creating a talent pipeline. But the talent transformation program is by no means limited to internal efforts, Thompson stresses. “We’re always looking to attract talent from the new-skill world, and we see the opportunity to acquire that by virtue of our partnership with GA also,” he says.

The full scope of Guardian’s engagement with GA is hard to define, as the insurer sees it as a continuous process rather than a discretely defined project, according to Thompson. However, Guardian has identified three areas of immediate importance on which to focus. The first of these is the creation of a common lexicon for data science and digital engagement to be used across the enterprise. “It’s critical that emerging leaders and change-management colleagues are working from a common understanding—that’s a task that cannot be overlooked at a large incumbent,” Thompson says. “Creating a common playbook and lexicon are fundamental to moving the parts of the enterprise forward together.”

The second focus area is fulfilling job requisitions and investing in the up- and re-skilling of Guardian’s existing workforce, with an emphasis on the IT department.

The third area addresses the accelerating need of Guardian, like other insurance carriers, to consume and process large amounts of data, including the adoption of advanced data technologies. “If you think about what Big Data and technologies such as Deep Learning can mean for our enormously data-intensive industry, there’s a huge opportunity to move along a continuum that’s impactful on the enterprise,” Thompson says.

Thompson sees Guardian’s “spectacular” quality as an embodiment of key values and performance across it’s nearly 160-year history, and he stresses that the company’s overall evolution will take place within the strategic vision articulated by CEO Deanna M. Mulligan. However, within that larger initiative, he sees the talent transformation as helping to fulfill a vision of a modern incarnation of the venerable company. “The vision is one of an incredibly vibrant Guardian intensely focused on the clients we serve, conscious and proud of our history, but increasingly nimble, innovative and engaged digitally with our community,” he says.