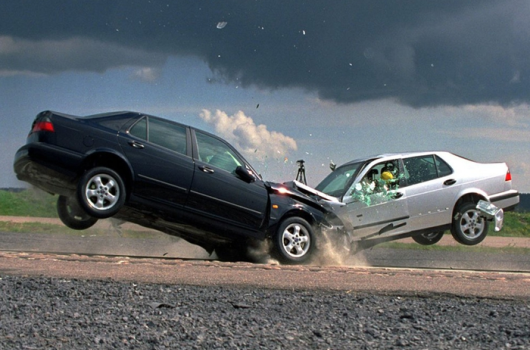 (A collision of increases in both severity and frequency of claims threatens auto insurance profitability.)

It may be that automotive innovations such as collision avoidance technologies will transform the insurance industry, drastically reducing claim frequency and—in the case of self-driving vehicle technology—turning auto insurance into more of a product liability issue. However, those effects, whether welcome or otherwise seem far off in the face of two recent developments: Allstate and GEICO  have reported  that their claim frequency has jumped up; and the Insurance Research Council (IRC) has reported that auto injury claim costs per insured vehicle have continued to increase across the United States.

The IRC’s report, Trends in Auto Injury Claims, 2015 Edition, found that long-term reductions in highway injuries and fatalities because of improved vehicle safety, graduated licensing laws and other factors have not been enough to offset substantial increases in the cost of injury claims. The report documents long-term auto injury claim trends, countrywide and by state, using private passenger auto insurance claim data from national and state-level statistical reporting agencies. During the same period, all but four states (Florida, Kansas, Kentucky and Maryland) experienced a decline in BI claim frequency, and all but one state with PIP coverage (South Carolina) experienced a decline in PIP claim frequency. Meanwhile, claim severity (the average cost per paid claim) increased in most states, according to the IRC report. Recent reports of an increase in traffic deaths may signal a change in the beneficial long-term trend of declining claim frequency. Such a development would exacerbate the cost trends described in the IRC report.

“The relentless increase in auto injury claim severity has prevented consumers from realizing the full financial benefits of enhanced vehicle and road safety,” comments Elizabeth Sprinkel, senior VP, IRC. “Documenting the specific drivers of cost in the states where cost growth is greatest will be a priority for the IRC in the years ahead.” The picture may be complicated by reports from Allstate and GEICO that they had experienced a jump in frequency of auto claims, according to Stephen Applebaum, managing partner, Insurance Solutions Group. “This plus the more recent data provided by the IRC raises a new concern, which is that auto claim frequency began turning higher in the second quarter of 2015,” he comments. “If claim severity including BI and PIP costs continues its upward trend as expected, insurer profitability will suffer and large premium increases cannot be far behind.”

Increased frequency could correlate to a documented jump in miles driven by American motorists, according to Applebaum. “People are driving more miles, and more miles always leads to more accidents,” he observes.

However, Applebaum says that others, including Progressive and Travelers  have not reported a similar jump in auto claim frequency. “At this statistical level you would expect effects to be similar,” he stresses. “All of these  carriers have a national policyholder base, and it remains unclear why some companies experienced a jump in claim frequency but not all. We’ll need a couple more quarters to see if this catches up to all carriers.”

Increased frequency of auto claims runs against much industry chatter about the potential for automotive technology to reduce risks associated with human error. There is little doubt that the proliferation of collision avoidance technologies will eventually decrease claim frequency, Applebaum acknowledges. But the reality is that the technologies that have been implemented are still confined to a small number of fairly high-end vehicles. The Insurance Institute for Highway Safety (IIHS, Arlington, Va.) estimates that it will take 30 to 40 years before 95 percent of vehicles on American roads include collision avoidance technologies being tested in the field today, according to David Zuby, executive VP for IIHS and the Highway Loss Data Institute (HLDI). “Many of these improvements are optional rather than standard, which pushes the date even further out,” he says.

Along with the advent of self-driving vehicles—which will take even longer to become dominant—the longer-term trend of decreased frequency of auto claims is practically assured. However, Applebaum cautions, loss amounts are likely to remain high or increase per accident as cars are increasingly equipped with expensive technology.

“In the near term, we can expect auto insurance combined ratios to rise as accident frequency and severity move upwards simultaneously, while most collision avoidance technologies remain absent from the majority of the car parc,” Applebaum says. “Auto insurance premium increases are certain to follow, as already announced by top tier carriers.”

The longer term picture is harder to predict because it is unknown how much accident repair and injury costs—and in fact insurer liability itself—will be affected by the appearance and proliferation of autonomous vehicles, according to Applebaum. “What seems clear is that the auto insurance product as we know it today will ultimately cease to exist,” he says.