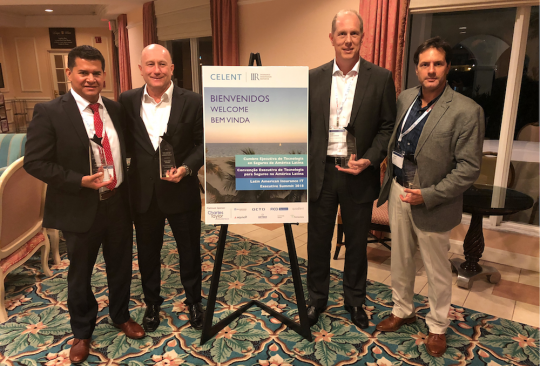 Insurance Innovation Reporter and Celent have the pleasure of announcing the winners of the Five Stars Awards, recognizing insurance technology leaders in the five regions of Latin America: Mexico, Central America & the Caribbean, the Andean Region, Brazil and the Southern Cone of South America. In identifying nominees and finalists, we enjoyed the indispensable collaboration of Celent Senior Analyst Juan Mazzini, whose experience and contacts in the domain of Latin American insurance technology are unparalleled. The Awards were presented

We counted on the following distinguished judges to select the winners:

As always, the selection process is bittersweet as many fine candidates will not win the final distinction. For that reason, we also publish brief profiles of all the finalists in the respective regions. We encourage you to give those a look, if you haven’t already:

This year’s winners, by region are: