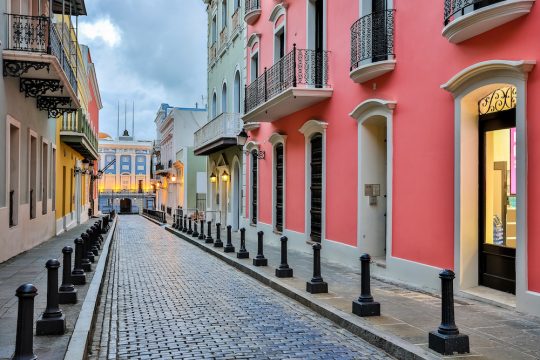 Javier Muñiz, CIO, Integrand Assurance Company (San Juan, Puerto Rico) an industry veteran of more than four decades, seeks to maintain a balance between the opportunities and the exposures of emerging technology. For example, Integrand is currently digitizing all of its lines of business. Also, within the last two years, Muñiz acted to move all compulsory electronic insurance date in images onto the cloud—however, he deemed the cloud not the best solution for processing overall for the location of Puerto Rico.

“We started a project to change the whole infrastructure of Integrand and changed all the servers and went to all the latest versions of operating systems and databases,” Muñiz relates. That said, we moved everything that was in the mandatory service cloud to local servers and then to replicate to the cloud.”

Integrand’s senior management wasn’t convinced of the strategy, regarding it as perhaps too cautious. However, Muñiz’s judgment was vindicated with the arrival of two hurricanes, and in particular Hurricane Maria, a Category 5 storm that left the entire island without electronic communications. “Once we had internet and electricity—since we worked with our power plant for four months—we were able to synchronize the data that had been generated after the hurricane in the cloud,” Muñiz recalls.

During his tenure, Muñiz has overseen the modernization of Integrand’s systems, replacing a nearly 40-year-old system written in Cobol. Muñiz and his team wrote the replacement system and within a year, working with a small IT team, successfully migrated over 4,000 online and batch programs from a legacy hierarchical database to a modern, configurable Oracle relational database that supports ISO rating.

Muñiz has driven 100 percent internal development of Integrand’s systems, which the firm sees as a competitive advantage. The system is fully integrated and consists of all the financial information of producers, policies and their billing, payments, ISO and internal statistics, accounts receivable, accounts payable, claims, reinsurance purchases and equipment inventory. Integrand’s IT organization also manages all of its web page and mobile applications internally, which gives producers access to all their portfolio and claims from their customers, and by which they can also can download data using different selection criteria to Excel for data modeling.

Juan Carlos Samayoa Cerna, technology leader at Crédito Hipotecario Nacional de Guatemala (CHN, Guatemala City), is a visionary executive with a clear and constant focus on the use of emerging technology to improve processes, improve user experience, drive the efficiencies of automation, enable electronic consumption of information at all managerial levels, and maintain the highest standards of information security. His initiatives have supported four main strategic objectives: centralized control of operations, ability to expand the product set and field branches; improved customer service; and increased profitability. “Today we have the ability to be more versatile with respect to the competition in terms of implementing market strategies and new products, and we have achieved a greater presence in the market,” Samayoa comments.

Among Samayoa’s most important achievements are the successful implementation of core insurance and banking core systems. Among the challenges he faced during the initiative was the need to integrate all insurance and surety bonds capabilities within a single system. CHN selected SISTRAN’s (Buenos Aires) SYSE Software, implementing policy issuance, claims, billing, accounting, customers, reinsurance, and modules for complying with Guatemalan regulations. The project also involved integration with the central banking systems such as loans and cash, as well as anti-money laundering prevention systems and business intelligence. The products implemented were Vida, Vida Universal, Vehículos and Incedio and allied lines.

The implementation resulted in full integration of insurance operations, expansion of capabilities to all field branches, and the opportunity to introduce new products such as medical expenses and secure banking, and increasing customer satisfaction for claims from 25 to 70 percent. Other results enabled by new core technology include:

“Technology represents an opportunity for the company to grow its product portfolio and achieve a better market position,” Samayoa comments. “With today’s technology, we can implement a new way of doing business, taking advantage of electronic channels that eliminate borders and make buying insurance easier.”