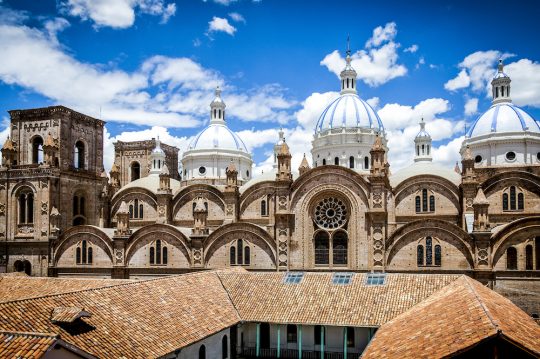 As the leader of La Positiva Vida’s (Lima) Matrix transformation program, Ricardo Moya Gutiérrez is maximized the potential of new technology for changing the way the company does business. Centered on the implementation of a new core life insurance system, the initiative has involved changing the way the company thinks about how it does business to the flexibility and agility implied by modern systems. Having gone live for its first lines of business in April 2018, the overall program will result in a consolidation and standardization of products from 61 to nine; the transformation of 129 business processes; a complete integration with SAP R3; a new customer directory for 10.8 million policyholders; and integration with 23 internal and six external systems. One of the greatest challenges insurance technology strategists face is the expectation of doing more with less—but that is the essence of automation, and Gustavo Bucheli has shown how it’s done at QBE Seguros (Quito). Bucheli doesn’t get carried away by technology fashions and insists on investing in technology only when necessary, and when it can add value to the business. But he’s found plenty of opportunities to do so. After his arrival at QBE in 2015 he implemented a PMO and led a centralization of QBE’s Ecuador operations through the use of business process management that has resulted in significant cost reduction. He has implemented Lean/Six Sigma methodology that delivered value in both efficacy and efficiency, and he has overseen significant improvements in customer/distributor experience.

As CEO of Seguros Equinoccial (Quito), Andrés Cordoves Davalos has driven a culture of excellence based in the power of technology and dedicated to adding value to clients. The company is currently in the process of a complete digitization designed to transform not only how Equinoccial operates, but to set new standards for the entire Ecuadorian insurance industry. Equinoccial offers its clients a web-based platform to enable its clients to interact digitally with the company to perform common transactions in a simplified manner. For example, in June 2017, the insurer launched its new digital sales channel EQUISMART, whereby clients can quote, buy, pay and receive their policy electronically. Since going live in June 2017, EQUISMART has generated about $50,000 in auto and home insurance sales. Equinoccial’s virtual inspection platform has eased the risk management process and resulted in savings of about $120,000 during 2017. An electronic link form with one-time password capability, which saves client and broker time, is the first of its kind in Ecuador. Policyholders calling to report losses after hours are able to interact with a robot that guides them through a simple, agile process. Electronic policy capabilities with single sign-on have saved the insurer $80,000 annually. Eqybot, a chatbot in Equinoccial’s bond business that also went live in June 2017, offers multiple services such as policy renewal of, application for new policies, and FAQ. Within three months, Eqybot had serviced over 1,000 service requests, generated $12,000 in new sales and $1,326,000 in renewal business. The firm’s broker portal capabilities including quoting, administration, services, and automatic commission payment, has increased broker recommendations from 50% to 80%. For internal management use, Equinoccial has deployed a Siri-based “voice of the company” voice-activated inquiry tool to access BI data.

An industry veteran of more than two decades, Jorge Enrique Gómez Vásquez led the 2016 launch of Wesura (a division of Medellín-based Suramericana), Latin America’s first P2P insurance play, based on developing insurance communities derived from social networks. Functioning with an internally developed core system, Wesura provides a 100 percent digital customer experience, including policy changes and renewal, for customers seeking insurance for a variety of personal risks including, bicycle, tablet, smartphone, motorcycle and pet. Processing is also 100 percent paperless, all the information it processes is totally digital and available on the 7/24 platform. During its second year, Wesura met its growth goals and generated 742,709 visits to the Wesura.com website, with a conversion rate of 0.74 percent.