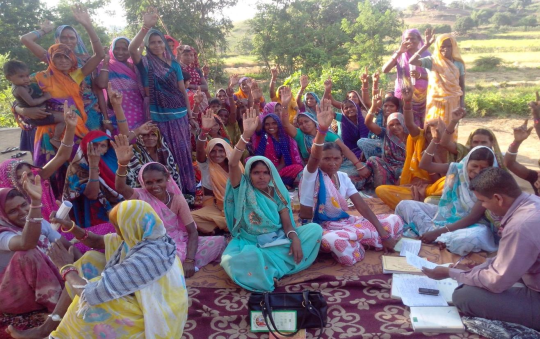 the International Cooperative and Mutual Insurance Federation (ICMIF, London) has undertaken a mutual microinsurance project that will extend insurance coverage to about half a million individuals in India. The project is part of the larger ICMIF 5-5-5 Mutual Microinsurance Strategy initiative that aims to cover 25 million lives by 2020.

“This is one of the most ambitious plans which ICMIF has ever launched, and it will have a positive impact on the lives of millions of low-income households,” Dr. Jaime Aristotle B Alip, Chair of ICMIF’s Development Committee, who was instrumental in the development of the 5-5-5 Strategy adds.

The India project was launched earlier this month in partnership with Uplift India Association in Mumbai. ICMIF’s project will enable Uplift to expand its existing community-owned microinsurance program to deliver affordable health insurance to previously unreached rural and urban low-income households, according to a statement from the organization. Launched by ICMIF in 2015, 5-5-5 Mutual Microinsurance Strategy aspires to develop mutual microinsurance programs in five countries in emerging markets over five years, reaching 5 million low-income households (25 million lives in total), in order to address immediate needs and build greater resilience in vulnerable communities. India is the first of five countries selected for an intervention, the others being Colombia, Kenya, the Philippines, and Sri Lanka.

ICMIF member organizations from established markets around the world will support the India project, including Canadian insurer The Co-operators. “The Co-operators is delighted to support the ICMIF5-5-5 Mutual Microinsurance Strategy in the form of both technical assistance and a starting grant for the country intervention project in India and it is our intention to create a long-term and formalized partnership with Uplift Mutuals,” comments Rob Wesseling, Executive VP, P&C Operations, The Co-operators.

Mutual insurers are uniquely suited to meeting the protection needs of underserved communities, suggests, Sabbir Patel, CEO and Managing Director, ICMIF Foundation. “Cooperative and mutual insurers are owned by, and operated solely in the interests of policyholders, and have for centuries demonstrated the success of a client-centred approach in serving previously underserved populations,” he says. Among the goals of ICMIF’s 5-5-5 Strategy is to address risks faced by poor communities which arise from disasters and climate change, according to Shaun Tarbuck, CEO, ICMIF. “The 5-5-5 Mutual Microinsurance Strategy will be directly contributing towards the United Nations G7 InsuResilience Climate Risk Insurance Target of enabling an additional 100 million of the most vulnerable, low-income people in developing countries to access insurance,” he says. “The InsuResilience initiative will involve partner countries, civil society, and local and international private insurance industries working together to help improve the resilience of poor people to disasters.

Resilience in the Face of Disasters

“By launching the 5-5-5 Strategy ICMIF and its members are demonstrating their commitment to sustainable development and improving the ability of vulnerable countries and people to be resilient in the face of disasters,” Tarbuck continues. “Insurance can help to safeguard these communities against the shocks that would otherwise slow their ascent out of poverty.” The India project is planned to result in more than 200,000 microinsurance policies issued within the next five years, providing coverage to half a million low-income people, with outreach to an additional 1.4 million individuals between years five and ten of the project, according to Kumar Shailabh, Executive Director, Uplift India Association. The National Health Profile 2015, compiled by India’s Central Bureau of Health Intelligence) found that over 80 percent of India’s population currently not covered under any health insurance scheme.

“They are mainly families with a daily income of USD 2-6, primarily employed in the informal sector with little or no access to social security schemes,” Shailabh says.

ICMIF describes Uplift Mutuals as the flagship program of Uplift India Association, born out of the health protection needs of a self-help group of women in 2003. Uplift has developed an entirely community-owned health insurance model which meets the needs of members at an affordable price. The organization’s ecosystem approach provides preventive and promotive healthcare services to members, and has delivered health insurance to over 200,000 urban and rural poor in Maharashtra and Rajasthan. ICMIF says it will work with Uplift Mutuals to expand its existing health network, reaching out to new communities and making them resilient to health disasters.