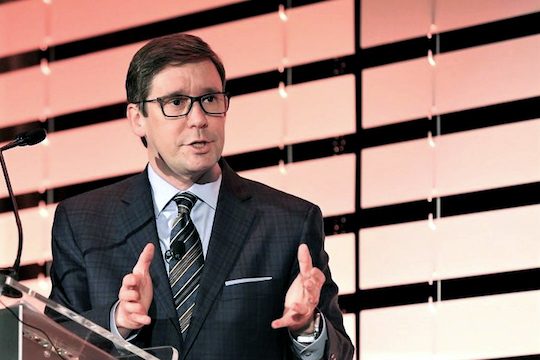 The Insurance Institute for Business & Home Safety (IBHS; Tampa, Fla.) has named Roy E. Wright the next President and Chief Executive Officer of the organization. Wright is expected to assume both roles on April 25, during the next IBHS Board of Directors meeting. To ensure a smooth operational transition, Wright will work closely with current IBHS President and CEO Julie Rochman, whom the IBHS says will remain a strong resource for the organization through her retirement at the end of June. Wright will be based at the IBHS Research Center in Chester County, South Carolina. Wholly supported by the property insurance industry, the non-profit IBHS is dedicated to researching and promoting effective strategies to strengthen homes and businesses against a variety of natural hazards.

“IBHS is a uniquely capable research organization and respected thought leader in the building science arena,” comments Craig Tillman, IBHS Board Chairman and president of WeatherPredict Consulting, Inc. (Raleigh, N.C.; an affiliate of RenaissanceRe; Hamilton, Bermuda). “Institute findings and guidance about how to better defend against severe weather are already increasing the resilience of the built environment. We are now focused on broadening the impact of IBHS work to benefit vulnerable communities across the nation. The members and directors of IBHS are fully committed to supporting Roy and the fantastic IBHS team as we execute on that vision.”

Wright joins IBHS from the Federal Emergency Management Agency (FEMA), where he most recently led the agency’s resilience, risk management, risk reduction, and flood insurance programs—all of which aim to increase public understanding of natural hazards, and assisted individuals and communities to protect themselves against injury, death, and property damage.

Wright served as chief executive for the National Flood Insurance Program (NFIP), and led the reinsurance and risk transfer program that helped financially support the NFIP in the context of 2017’s record breaking storms. A California native, Wright has a Master of Public Administration degree from The George Washington University, and a Bachelor of Arts degree in Political Science from Azusa Pacific University.

“IBHS has only begun to realize its full, incredible potential as an organization and dynamic force for positive change, and I am honored to take the helm,” Wright comments. “I look forward to working with IBHS members and the institute’s highly talented leadership team and staff. We will continue to prove the value of resilience and encourage home and business owners to take steps large or small to reduce disaster response and recovery expenditures. Whether those costs are borne by homeowners, business owners, insurers, or a government agency at some level, we all benefit by favorably bending the cost curve and keeping the fabric of lives, commerce and society intact.”

Since joining the institute as president and CEO in late 2007, Rochman has substantially re-oriented and grown the organization. Under her leadership, IBHS has gained new insights into structural vulnerabilities—particularly involving roofing systems—and provided actionable information about how to strengthen both new and existing buildings. In addition, Rochman led creation of IBHS’ unique research facility in South Carolina, which is capable of simulating hurricanes and wind storms, hail storms, wildfire ember storms, and wind-driven rain to test the strength and durability of full-scale residential and commercial building systems and materials.