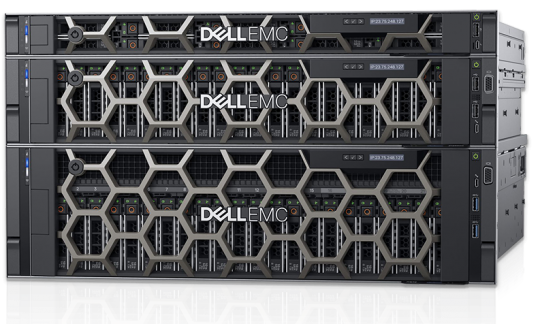 3W Infra (Amsterdam), an infrastructure-as-a-service (IaaS) hosting provider with global operations and more than 4,600 dedicated servers under management, has launched new mid-end and high-End dedicated server plans. The vendor reports that these hosting packages are powered by Dell’s latest, 14th generation PowerEdge server technology. 3W Infra expects to enhance its power later on this year by adding AMD-powered (next to Intel-powered) Dell equipment.

“3W Infra engineers have run multiple test with both of these Intel-powered Dell server types on the test bench in our flagship data center in Amsterdam and they found remarkable improvements when compared to the previous generation of Dell servers,” comments Roy Premchand, Managing Director of 3W Infra. “Our testing results show that the equipment is delivering serious efficiency and performance enhancements, as promised by Dell.” 3W Infra reports that it is evaluating Dell’s recently introduced PowerEdge servers (R6415, R7415, and R7425) with AMD’s Epyc 7000 processors inside. As with the Intel-powered dedicated servers launched today, it will support NVMe SSDs, according to a 3W Infra statement. The vendor says that if the efficiency and reliability results match its expectations when put on 3W Infra’s test bench, the company will embrace the AMD technology and created dedicated server plans powered by AMD processors.

“The R6415 and R7415 servers seem to be able to provide two-socket performance from a single-socket server,” adds Premchand. “This would provide us and our clients with tremendous savings and a much lower TCO figure, savings that would add up as we expect to scale-up 3W Infra’s amount of servers under management significantly in the coming year. The AMD-powered Dell servers are available on the market already, but we will first let our engineers put them on our test bench. In line with 3W Infra’s highly flexible approach and customized offerings though, we may be able to offer these servers—just as any other Dell server type and configuration—before the official dedicated server package launch later on this year.”