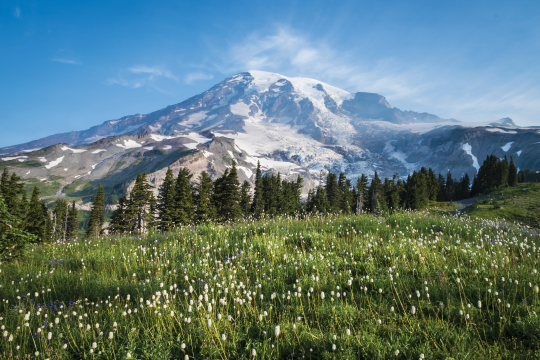 A regional mutual carrier closely tied to its community, Mutual of Enumclaw (MoE; Enumclaw, Wash.) seeks to deliver the best possible service to its policyholders and agents. The insurer began using Hyland Software’s (Westlake, Ohio) OnBase solution around the time it began implementing its legacy claims system, which went live in 2008. In the intervening years, OnBase has proven an invaluable complement to the system, effectively extending its life. Owing to Hyland’s partnership with Guidewire Software (Foster City, Calif.), OnBase has set up MoE for a bright future as it prepares to implement ClaimCenter.

MoE legacy system is a “bare bones,” minimally configurable system with limited functionality, according to Jeff Obermeyer, Claims Business Manager, Mutual of Enumclaw. “You can’t do analytics within claims, and its diary systems are antiquated—it’s a difficult system to get work done in,” he says. “Also, soon it will no longer be supported, which represents a real risk to us.” As the system aged, OnBase was able to breathe new life into it, creating functionality that doesn’t exist within the claims system itself, according to Obermeyer. For example, MoE was able to create a first notice of loss (FNOL) tool within OnBase that not only streamlined the FNOL process, but also allowed the company to use business rules to accurately automate assignments to adjusters for certain types of claims. The insurer also recently built functionality within OnBase that allows for the bulk assignment of claims from one adjuster to one or more other adjusters—a task that previously required manually reassigning claims one at a time within the claims system.

Deeply Embedded into the Claims Process

“OnBase is deeply embedded into our claims process, functioning more like part of the claim system itself than as a separate support tool,” Obermeyer observes.

However, the legacy claims system is, in effect, holding back the potential of OnBase, and simply not up to MoE’s evolving vision of customer and agent service. “As we began to produce richer outbound documents, it became clearer that it was time to implement a new claims system,” Obermeyer says. “OnBase showed us what was possible.”

“Having worked on a claims system implementation in the past, I know the document piece is one of the most important,” notes Obermeyer. “Our partnership with Hyland, and their partnership with Guidewire is a perfect match.”

“Effectively managing in- and out-bound documents is an essential part of claim handling today; and knowing that Hyland is already partnered with Guidewire gives us a high level of confidence that we will have a modern and efficient document management system—one that will continue to adapt to meet our changing needs,” Obermeyer adds.

The transition to ClaimCenter will enable MoE to leverage features in OnBase that the insurer currently isn’t fully exploiting, according to Obermeyer. The new claims system offers considerable flexibility in claims assignments, providing effective ways to assign individual parts of a claim to different adjusters. “This will allow us to much more accurately direct incoming documents to the appropriate claim employee, improving both efficiency and our ability to react and respond in a timely fashion,” he says. “With a ClaimCenter integration, our outbound correspondence generated through OnBase will more accurately and effectively pre-populate data and information, as well as offer an effective way of matching existing documents to correspondence.”

Seamless Experience for the End User

In addition to improved functionality, ClaimCenter will improve adjusters’ efficiency, since they use the legacy claims system and OnBase in parallel, jumping back and forth between the two platforms. “By utilizing OnBase’s ClaimCenter accelerators, we anticipate our users being able to work exclusively out of ClaimCenter, with the OnBase functionality all accessed via the claims system itself,” Obermeyer elaborates. “This creates a seamless experience for the end user.”

The OnBase Guidewire accelerators offer MoE functionality that has already developed, tested and successfully integrated with ClaimCenter, Obermeyer stresses. That he adds, will reduce the time and effort required for the overall ClaimCenter implementation, scheduled to begin in the first week of February 2018 and be completed by the end of the year.

“We’ll be meeting with our partners at Hyland to review the functionality in the available accelerators, determine which will provide the greatest value to our team members and customers, and then partner our IT team with their Hyland and Guidewire counterparts to complete the integrations,” Obermeyer relates. “Our claims subject matter experts and testers will then do end-to-end testing on the functionality to ensure that it meets our requirements.”