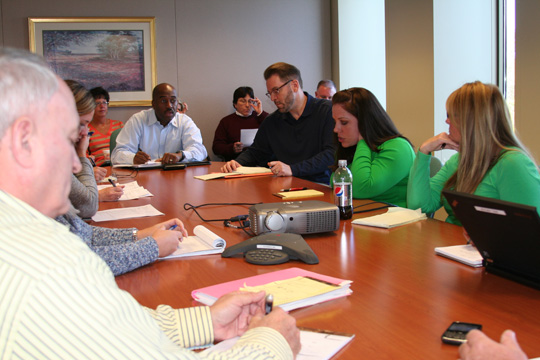 New Jersey Manufacturers (NJM) may only have the fourth biggest homeowners book in its home state – after State Farm, Allstate and Liberty Mutual – but the West Trenton, N.J.-based carrier does 98 percent of its business in the Garden State. That being the case, its response to 2012 Superstorm Sandy was a crucial test of its claim response – and one that it met through systems and process improvements made in the wake of the previous year’s Hurricane Irene.

During Superstorm Sandy NJM received a total of 56,000 claims, about 84 percent of which were homeowners claims. The great majority of claims handled by NJM were related to Sandy’s winds, according to NJM spokesman, Eric Stenson. “Limbs or entire trees blowing down were by far the largest peril that affected our home exposure,” he relates. “We had homeowners claims in every county in New Jersey.”

The carrier handled 20,000 claims by Nov. 1 – within just four days of the storm making landfall – and was able to register more than 50,000 within the first 30 days, Stenson reports. “For NJM it’s all about making sure that we would be there to provide help that our policyholders needed,” he remarks. “That’s why we made preparations, deployed people and had the  systems in place to keep the process moving as smoothly as possible.”

The carrier’s performance during Sandy was especially notable considering that the claims load was more than two-and-a-half times what it was during the largest incident that NJM had experienced until then: Hurricane Irene, which made landfall on the New Jersey coast on Aug. 28, 2011. Irene’s rigors inspired the systems and process improvements that enabled the insurer to effectively handle the much greater challenges of Sandy.

Following the 2011 storm, NJM reviewed its catastrophe (CAT) response plan and engineered provisions for greater availability of internal and contracted adjuster staff. From a systems perspective, the carrier web-enabled its Quick Claim first-notice-of-loss (FNOL) system and integrated it with its Guidewire ClaimCenter claims system.

“We learned that the biggest need from a systems perspective was streamlining the entry of claims information,” Stenson reports. “Previously during large events we had to take information down on paper and reenter it into our claims system. Our improvements to Quick Claim resulted in the information being entered automatically into ClaimCenter.”

“As a result,” Stenson adds, “we were able to speed help to claimants, and get our policyholders moving toward recovery that much faster.”

NJM’s improved CAT plan also facilitated a staff ramp-up that was critical in meeting claims volumes associated with Sandy. The carrier tapped both employees and retirees with claims experience for the Sandy-related effort, and also trained over 350 people from various departments to take FNOL on Quick Claims, according to Stenson. NJM was also able to bring in hundreds of extra claims adjusters, owing to well-maintained relationships with regional vendors.

All insurers struggled to deal with claims phone calls, and reports immediately after the storm revealed that the best that many claimants could hope for was a recorded message from their carrier. That was not the case with NJM, despite the carrier’s more modest size, when compared to the leading writers in the state, and the degree of its exposure to Sandy because of its New Jersey-focused business. Although NJM policyholders sometimes faced wait times of up to 15 or even 20 minutes at peak times, the insurer answered more than 41,000 FNOL calls during the week following Sandy’s landfall, according to Stenson. The FNOL unit typically handles about 4,500 calls per week, or 18,000 per month.

“Ears on the Phone”

“In the spirit of ‘having boots on the ground,’ we got ‘ears on the phone,’” quips Stenson. “We made sure we deployed the people we needed to take those calls.”

NJM also took special measures to ensure business continuity, such as maintaining full generator coverage at all its offices. In the event of Sandy, power outages occurred all over the state, including where NJM has offices, in Ewing, N.J. and Parsippany, N.J. “We remained up at full capacity,” Stenson says. “We had people in the offices at 7:00 a.m. the morning following landfall and everything was functioning normally.”

If the insurer learned one guiding principle about CAT response from Hurricane Irene, it was that the most important capability is enabling claimants to reach someone and get the process started, Stenson emphasizes. “Our overriding concern has always been our ability to serve policyholders at their time of greatest need,” he says.