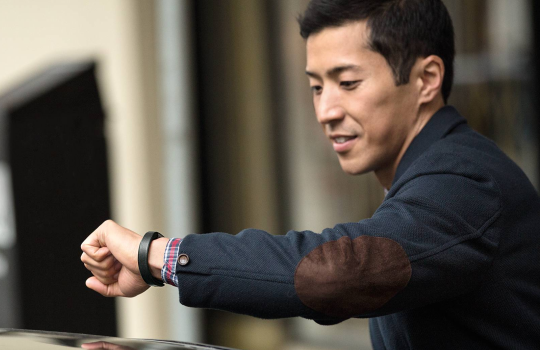 Wearable technology is still in its infancy, but it’s growing more popular every day. Bluetooth headsets and fitness trackers are being joined by a new wave of smartwatches, head-mounted displays and even smart clothing and jewelry. Around 275 million wearable electronic devices will be sold worldwide this year, according to Gartner, and the analyst firm expects sales to increase a further 30 percent to hit 322 million in 2017.

There’s an enormous opportunity here for the insurance industry. Wearable technology can provide insights into the lifestyles of customers. It can relay accurate, real-time information from insureds or claims investigators to assist in claims processing. Almost two-thirds of insurers expect wearable technologies to have a significant impact on the industry within the next year and 31 percent are already using them to engage customers, employees or partners, according to Accenture.

Wearable technology can deliver genuine insight into the actual behavioral patterns of the wearer. It can record movements, heart rate, activity levels, and more. Instead of estimating, insurers can calculate risk for individual and group health insurance plans with a far higher degree of accuracy. Wearables could also have a role to play in workers’ compensation for rehabilitation monitoring and return-to-work criteria.

With wearable cameras, accident scenes for personal or property claims can be fully documented, in some cases they may even capture the event.

Data from fitness trackers could even act as an alternative to clinical interpretation, as in a recent Canadian personal injury claim where data from popular fitness tracker, Fitbit, was ruled admissible. In that case the data illustrated the claimant’s decline in activity levels after injury, but court ordered disclosure of wearable data could work the other way, too, discrediting fraudulent claimants.

The wealth of customer data that wearable technology can provide is just a part of the opportunity. Claims adjusters equipped with wearable cameras can accurately record accident scenes, property damage and catastrophic events safely. A hands-free solution reduces the risk for the adjuster and it can stream data back to the office virtually in real-time, enabling much faster processing of claims. The quality of the information that claims adjusters can collect with wearable technology is much higher. It’s possible to make multi-media recordings with accurate GPS locations attached.

It’s worth considering the opportunity to maximize employee productivity and identify operational weaknesses that can be improved upon. The data collected by wearable technology is also an enormously useful training tool, highlighting exactly how new adjusters should approach a scene and document it.

Although there’s plenty of potential here, there are also some challenges ahead. Privacy is a major issue for many and there’s a lack of a regulation because the technology is so new. Insurers have to build trust with customers and offer incentives in the form of discounts. Customers may be persuaded to share data with insurers if it leads to lower premiums.

There’s an opportunity to use fitness trackers and other wearables to offer reductions in life insurance premiums for healthy living, much in the same way embedded devices in vehicles are being used to reward policyholders for safe driving in the auto insurance industry. This reduces risk for insurers, but it also encourages sensible behavior in customers.

Insurers also need to build a solid framework to collect, securely store, and analyze all this data. Working out exactly how wearable technology can be deployed most effectively requires further investigation. There are technical challenges to overcome, but the opportunity clearly merits investment.

The future of wearables

The technology is advancing rapidly. Consider the impact of blood-sugar-tracking contact lenses, biometric tattoos that track your health, or ingestible sensors that send information from inside your body to your smartphone. This isn’t science fiction, all of these devices are in the prototype phase right now.

Can the insurance industry lead the way with new business models and product offerings designed to leverage existing wearable technology and the exciting developments on the horizon? It’s time to launch pilot projects, invest in new initiatives, and partner with innovators in this space.