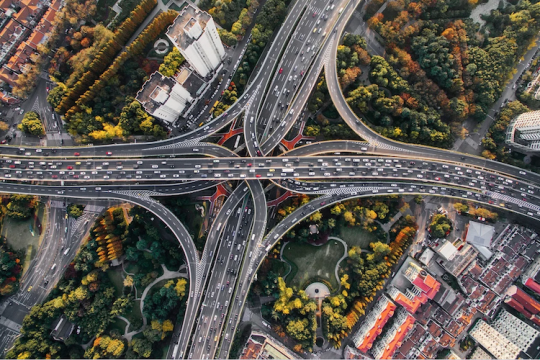 While most of us working in some segment of the automotive and insurance industries have been focused on the daily routines and challenges of our primary job responsibilities, and also by the allure of a growing cornucopia of mobile and digital “toys,” a fundamental transformation has been underway which has gone largely undetected. The relationship and dynamics between auto insurers and manufacturers (OEMs) have been shifting in seismic ways, and the impact is only now just beginning to register. Tremors are already being felt throughout the extensive supply chains that support these multi-billion-dollar industries.

At the core of this change are the suddenly ubiquitous mobile devices, specifically those that connect vehicles and drivers to an array of recipients, coupled with the telematics and artificial intelligence software which is capable of collecting and translating the massive amounts of data being broadcast from these many connected devices.  The following are some of the greatest changes that these developments have already spawned across the ecosystem.

Last year, approximately 22 million U.S. auto accidents resulted in about 15 million auto insurance claims, 73 percent of which end up in collision repair shops. The total bill to the insurance industry for these repairs was about $33 billion—of which roughly 40 percent, or $13.2 billion, covered the cost of replacement parts (remember this number as you read on). Traditionally, the insurance industry has managed the majority of these repairs through direct repair programs (DRPs) and other preferred partnership models which have been established with thousands of repair shops across the country.

However, as telematics programs began to appear in the auto insurance industry, they fueled usage-based Insurance (UBI) programs which were adopted by traditional auto insurers.  They also spawned new market entrants and InsurTechs such as Metromile, Root and others.

In response, the OEMs began to explore how connected vehicle technologies could generate new revenue streams, and they discovered several significant opportunities within the auto insurance and collision repair ecosystem. As mentioned earlier, the value of parts used in the collision repair process is about $13 billion, but only about $8 billion of that are OEM parts. OEM’s share of this parts market was once higher until alternative and aftermarket came to market, promoted by insurers who found their much lower cost compared to OEM parts to be more attractive. On average, alternative parts are 50 percent less expensive than their OEM versions.

At the same time, as vehicles became more complex and sophisticated due to the advent of advanced driver assistance systems (ADAS), collision repairers found themselves increasingly in need of timely, detailed technical repair information that only OEMs could provide.

With all of the foregoing as background, OEMs realized that they could drive new revenues and improve their relationships with their customers, and over the collision repair process, by leveraging and combining connected car and other new technologies.

This gave birth to new business models and programs such as certified repair networks, in which participating repairers agreed to follow strict OEM repair recommendations regarding tools, training, and procedures in exchange for a certified designation which provides the repairer with more than just credibility and consumer trust but also a steady flow of business. It also enables OEMs to leverage connected car technologies to be alerted at the moment of an accident, to communicate with the driver and to arrange for necessary services, including scheduling a repair appointment at a “certified” shop.

This brings us to the main theme of this article and explains why the relationship and dynamics between auto insurers and Original Equipment Manufacturers (OEMs or car manufacturers) is suddenly shifting in seismic ways and why the impact is only now just beginning to become clear.

The number and variations of new collaborative business models is already growing and is still only in its early stages.

Some OEMs have already formed partnerships with industry information and service providers to manage the repair shop enrollment and inspections process in certified repair networks.  Others have decided to manage internally. Telematics data exchanges have emerged which collect driver and vehicle data from a variety of connected devices, normalize that information, and make it available to insurers for underwriting, marketing and claims purposes.  Some insurers have partnered with car makers to provide auto insurance back end services that enable the OEM to sell new vehicles with insurance included in the cost of the vehicle (e.g., Tesla and Markel’s State National).

“Gradually, then suddenly” best explains how the demand for totally new and very different relationships have begun to emerge between auto insurers, OEMs, collision repairers and the broad transportation industry supply chain—all focused on the new consumer and the data-rich connected vehicle ecosystem. The question is no longer if, but how?

‘Gradually, Then Suddenly’—Insurers Must Prepare for Exponential Doubling of Computing Capacity