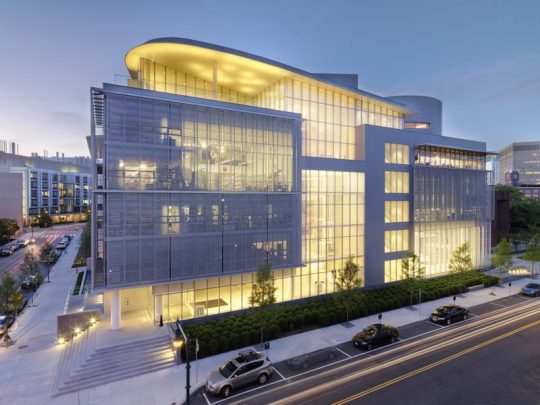 Insurers are increasingly participating in the incubator/accelerator-based InsurTech ecosystems that unite carriers with entrepreneurs creating technology applications relevant to many links along the insurance value chain. MetLife (New York) has created a complex ecosystem of its own that includes its own accelerator—the LumenLab innovation center in Singapore—two new InsurTech-related investment programs, MetLife Digital Ventures and the MetLife Digital Accelerator powered by Techstars, and a just-announced collaboration with MIT (Cambridge, Mass.) through becoming a Consortium Lab Member of the institution’s MIT Media Lab. The MIT Media Lab, founded in 1980, has been instrumental in the development of some of the most important technology innovations in recent decades, such as GPS, the touch screen and wearables. Today the organization has 26 research labs dedicated to different topics—such as affective computing, fluid interfaces and human dynamics—and approximately 450 active projects.

MetLife’s multifaceted approach to innovation makes sense in light of the fact that insurance innovation is a new area of endeavor—as compared to other industries, such as consumer products and telecommunications, according to Mike Fitzgerald, Senior Analyst, Celent. “Insurers also face unique challenges related to the industry’s fiduciary and regulatory characteristics,” he says. “Additionally, corporate cultures, developed over decades (or centuries), inhibit the risk taking required in disruptive efforts.”

“The upshot is that insurers find it hard to innovate and very hard to accomplish disruptive innovation,” Fitzgerald says.“This move by MetLife to partner with MIT is a recognition of this fact and an action to push beyond what an average insurer might undertake on their own.”

As a Consortium member of the MIT Media Lab, MetLife will have access to all the research undertaken by the organization’s 200 researchers in its 26 labs, according to Greg Baxter, Chief Digital Officer, MetLife. However, that represents an opportunity to engage rather than a benefit delivered, Baxter insists. “We get access to all that but you have to turn up and apply yourself,” he comments. MetLife has begun to do so by spending time with the various labs and research groups to study what they’re working on. The insurer’s team is also developing what Baxter refers to as “exam questions” or use cases that intersect with MetLife’s goals. “For example, we’re looking at the research in the Human Dynamics lab to see how people regulate their emotional response in a work environment, and see who that intersects with our business,” Baxter says. “We work with MIT to create use cases, but a lot of responsibility is with MetLife to work with the researchers to apply their insights to our organization.

MetLife’s partnership with MIT is an incubation story of its own, as it has grown out of informal relationships MetLife professionals have had with the organization, as well as the firm’s participation in MIT Media Lab exhibition events. “About halfway through last year we started to have more structured discussions about what a partnership would look like, and in early 2018, we started to formalize that,” Baxter relates.

Baxter characterizes the MIT partnership as an example of how MetLife seeks the best external partners engaged in leading-edge research and producing the types of ideas that the insurer would like to integrate into its organization. However, he stresses this is one aspect of a larger approach to innovation. “I think we have one of the most comprehensive and disciplined approaches in the industry,” Baxter asserts.

That approach has three basic components, according to Baxter:

Ideas can come from a variety of sources in addition to MetLife’s partnership with MIT, including The MetLife Digital Accelerator, Lumen Lab and 16 leading venture capital firms that MetLife works with.

The second stage is perhaps the most important as the great question of the current InsurTech vogue is how well insurers are learning to actually consume the inventive ideas they’re flirting with. Baxter describes this stage as “critical” and notes that hundreds of companies have applied to The MetLife Digital Accelerator, 10 of which will be selected for further interaction and potentially investment. “Our commitment is to take the best ideas and scale them,” Baxter says. “That’s where you need the discipline up front.”

For example, he elaborates, “It’s not just going to MIT and saying, ‘Hey—great idea!’; we have to understand its intersection with the exam questions and have a path for taking an idea all the way through to improving the industry and the lives of our customers.”

At the scaling stage, the $100 million MetLife Digital Venture fund may come into play, depending on whether an idea is accepted for strictly internal development or as a proposition for the industry more broadly. “Some are worth investing in as strategic partnerships, some will be capabilities we’ll bring in house, so we’ve created a reinvestment fund internally so that we can scale up within the organization,” Baxter explains.

On the front end of the process, MetLife expects the relationship with MIT Media Lab to open up the minds of its professionals to whole new classes of technology and its potential, Baxter says. “At the frontier, it expands the horizon of what’s possible,” he comments. “We’re hoping to see specific use cases we can apply into the organization, and areas that excite us already are around human well-being, predictive analytics, blockchain, machine learning, and IoT.”

As an example of the relationship’s potential, Baxter cites MetLife’s work with Cogito (Boston), an MIT Media Lab alumnus company which created an emotive intelligence product to be applied to customer engagement. In the contact center context, the product monitors the pace, tone and emotive content of a call. The application can prompt advisors as to whether they are over talking, whether calling back the customer might make sense for a customer detected to be in a hurry, or whether a call needs to be escalated immediately for further attention. In addition to MetLife, the startup’s clients include Humana (Louisville, Ky.) and Zurich (Zurich).

Among the benefits MetLife has enjoyed from Deploying Cogito are improvement in Actual Handle Time (AHT) up to 2 percent, depending on product; a 3 percent improvement to First Call Resolution (FCR) customer rating; a 5 percent improvement Net Promotor Scores; and a 33 percent reduction of extended silence on calls, signifying greater customer engagement.

“We don’t expect every idea to come through, but we’re excited to see what’s possible and expand our horizons,” Baxter comments. “We can see value at each stage—ideation, incubation and acceleration, and scaling at an enterprise level, where we can change the way we operate.”

Baxter calls out underwriting as another area where MetLife can apply emerging research. “We’re working on how we make life underwriting faster and less invasive for our customers, replacing some of the more invasive tests with digital data,” he says. “Working with MIT, we’re looking at research to apply not only to improve the underwriting process, but to improve people’s well-being.”